FILE PICTURE - Collect photo of Tom Attwater with his wife Joely and daughter Kelli taken in 2014. A devoted dad who raised more than Ã500,000 to ensure his six-year-old girl receives lifesaving cancer treatment has died after battling a brain tumour for three years. See NTI story NTICANCER. Tragic Tom Attwater, 32, captured the hearts of the nation by fighting his own ill health to ensure his stepdaughter Kelli Smith would receive pioneering medical care she needs and NHS do not fund. The youngster endured childhood cancer neuroblastoma aged just three months and again aged three. And despite battling his own cancer, astrocytoma, since September 2012, brave Tom determinedly raised the cash for his child to live a long life and have treatment in USA if she has a relapse. But on Tuesday (29/9) Tom died at his home in Pattingham, Staffs., with his family by his side. The businessman is survived by widow Joely, 28, Kelli and his five-month-old son Fletcher.

An inspirational dad who raised more than £500,000 to fund his six-year-old stepdaughter’s cancer treatment while he battled a brain tumour has died.

Tragic Tom Attwater, 32, captured the hearts of a nation by fighting his own ill health while ensuring stepdaughter Kelli Smith was given the best chance of life.

But the family were dealt another devastating blow after Tom was diagnosed with terminal brain cancer in September that year.

Dedicated Tom ignored his own health concerns and instead focused on fundraising for the daughter of his 28-year-old wife Joely.

He vowed to raise half a million pounds before his death so that Kelli could receive pioneering medical care not available on the NHS.

And in December last year his dying wish came true as he hit the £500,000 mark to be able to send his little girl to the USA for life-saving treatment.

At the time he described the moment as the “greatest achievement of his life” and said he could die safe in knowledge he had given the Kelli the best chance of survival.

A month before he and Joely had even celebrated the birth of their own son Fletcher, who was born against the odds while Tom was having cancer treatment.

But on Tuesday 29 September the brave dad lost his battle against the disease and sadly died at his home in Pattingham, Staffs., with his family by his side.

Heartbroken Joely, a social care student, says: “Tom gave me the happiest moments of my life and I am in indescribable pain now he has gone.

“I knew one day I would lose him but did not think it would be this soon.

“I can’t even comprehend how I am supposed to live the rest of my life without my best friend.

“It also saddens me to know our children will have to grow up without their father around.

“This is a very tough time for Kelli. We explained that daddy’s ‘naughty lump’ in his head couldn’t be cured and that one day he would go to heaven while she was still a child.

“That’s why it meant so much to Tom to walk Kelli down the aisle at our wedding because he knew he wouldn’t be there when she is a bride, and Kelli knew this.

“She will cherish that moment forever.

“When Tom was in hospital and we found out that the time was getting close I gently explained to Kelli that daddy would have to leave us soon.

“It was the most difficult moment of my life.” 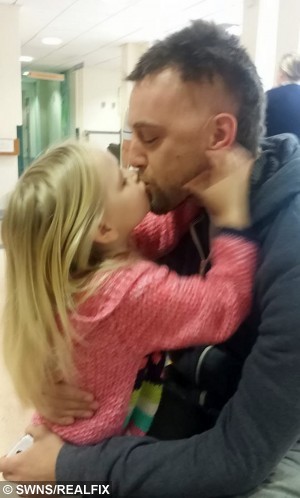 “Kelli is a daddy’s girl and she will struggle to adjust without her wonderful, loving father.

“Little Fletcher’s face always lit up and showed a real look of love when he was in Tom’s arms.

“We have hundreds of pictures of their time together and I am devastated that they will be all Fletcher has of the amazing man who was overjoyed to see him born.

“I will do my utmost to bring Fletcher up as a gentleman just like his dad.

“Tom has put cards, letters and presents away for every one of Kelli and Fletcher’s birthdays.

“Tom was my hero. His drive to help Kelli astounded all who knew him. Despite his extreme fatigue and daily seizures, he got out of bed every day to help fundraise.

“He wanted me to know that although he wouldn’t live to any age, Kelli would have the very best chance of life.”

Tom’s father Tony Attwater, 62, said: “We are so proud that despite his illness he managed to raise all that money for the Kelli appeal.

“We will miss him so much. His personality filled the room.”

“He always told Kelli never to give up on anything but unfortunately this was one fight he could never win.”

When Tom was first diagnosed with astrocytoma, scans showed a tumour covered 11 per cent of his brain.

It quickly worsened and he faced a terminal illness at the age of 29.

But first on his bucket list was raising the whopping £500,000 for Kelli’s appeal and joint second was marrying Joely and having a child together.

He wed Joely in April 2014 and, in August last year, she fell pregnant with Fletcher.

Speaking at the time, delighted Tom said: “I cried and pretty much cried for the entire next day, maybe even two days when she told me.

“It’s the best news I’ve ever had. Having a child and making Kelli a big sister completes our family.”

Kelli is currently cancer free but has been told she is likely to suffer a relapse and the money raised will go towards the treatment in the USA if this occurs.

Joely has now set up a memorial fund in Tom’s name for Brain Tumour Research. It can be found at the Tom Attwater Memorial Fund JustGiving page 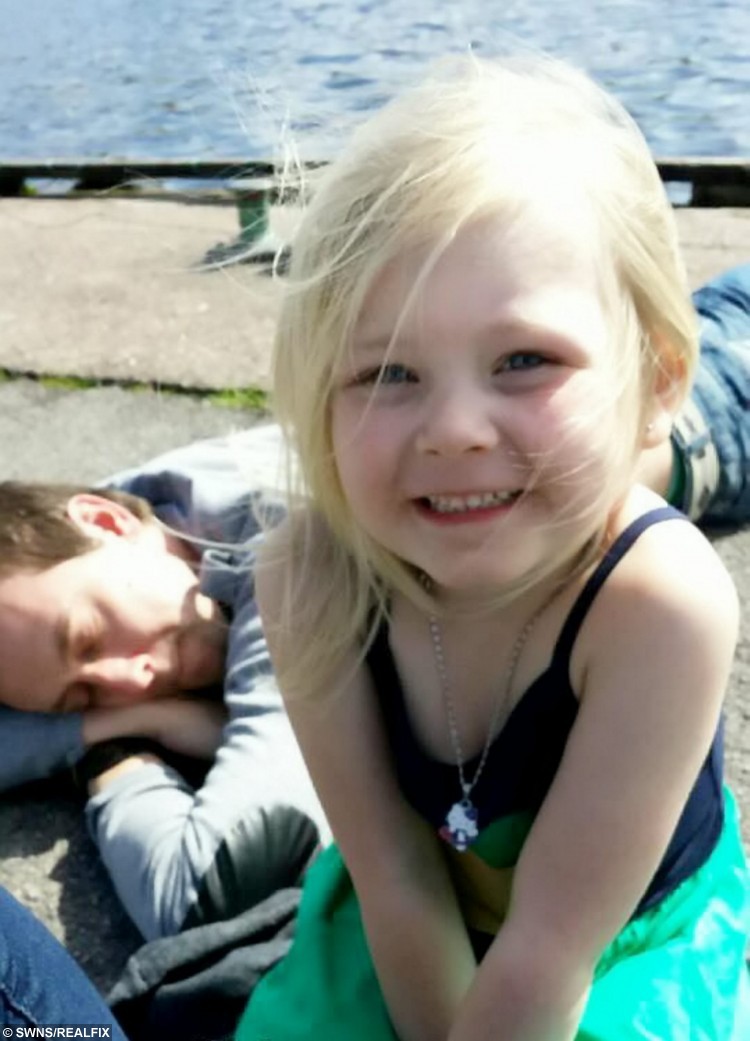