A disabled pensioner has been handed £800 in first class train tickets from a coach company because his wheelchair will not fit on their vehicles.

Robert Light, 75, was given the luxury tickets after he blasted the company over claims its coaches aren’t equipped for the disabled, because his motorised chair won’t fit.

And the company also promised him it would improve its buses at a cost of £300,000 by January this year – but wheelchair rights campaigner Robert said they’ve not kept their word.

Robert, from Oxford, Oxon., met company bosses in August to strike the deal.

He said instead of promising to upgrade the fleet right away, National Express gave him the rail tickets – and claimed that still amounts to discrimination.

He added: “I travel in first class then send them the bill.

“Mostly I’ve been going to visit my friend in Yorkshire and those tickets are about £178 first class return.

“I want to be able to do things like anyone else but at the moment, even if I wanted to get on one of those coaches, I couldn’t.”

Robert claimed the company has no incentive to refit its coaches quickly because the tickets are costing them next to nothing in comparison.

He said: “They told me they would have sorted out the coaches in January but they haven’t and I didn’t think they’d do it.

“I think they’re content to pay for me to travel first class rather than upgrade the coaches.”

Robert has previously launched a court battle with bus company Stagecoach and received a formal apology for his treatment on its buses in Oxfordshire.

The company apologised to him in 2014 – after he was told he couldn’t get on a bus because there were already two pushchairs and a shopping trolley on board.

He later tried to sue the company and it apologised.

A National Express spokesman said: ”Mr Light brought to our attention that the particular type of wheelchair he uses would not fit on board a number of vehicles in our fleet.

“Although still compliant with the law we decided to deal with this issue and began a programme of work to retrofit these vehicles so that his wheelchair type could be accommodated. 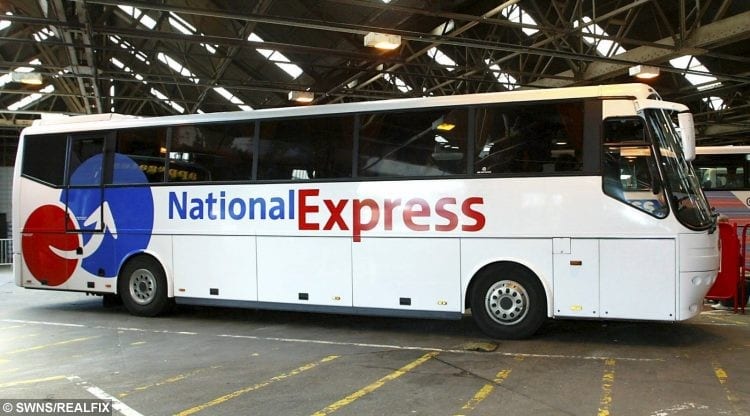 “This work is expected to be completed by September.

“Until then we have a specific arrangement with Mr Light to refund him the cost of his train tickets so that he can still travel.

“Our latest vehicles are all fully wheelchair accessible and are not affected by this issue.”

The company did not respond when asked whether Mr Light’s deal was open to other wheelchair users.