A woman told she would be dead by this year is aiming to climb one of the world’s highest volcanoes to mark her victory over cystic fibrosis.

Emily Hoyle was diagnosed with the life-threatening lung condition when she was a child and warned she would not make it beyond 30 – the age she is now.

But she was given a new lease of life with a double lung transplant three years ago and is now planning a charity climb on Cotopaxi volcano in Ecuador.

Emily will tackle the 5,897m (19,347ft) peak with around a dozen other heart and lung transplant recipients on July 8.

She said: “I’m doing the climb in honour of my donor, without whom I wouldn’t be alive today.

“I also want to prove what the human body can do and achieve – and what I can do personally.

“And I want to raise awareness of why transplantation is so good, not just for me but for my family as well.

“It’s higher than Kilimanjaro, but I’m sure I will be able to do it. We go out there on June 26 and start climbing a couple of weeks later on July 8.”

Emily, a pilates teacher from Cambridge, spent her childhood in and out of hospital due to her illness.

The disease leaves the lungs and digestive system clogged up with mucus, making it hard to breathe and digest food.

Her only hope of a healthy future was a lung transplant, and in 2012 she received a call to say a pair of lungs had become available from a young man who had died.

The successful transplant operation was carried out at Harefield Hospital in Middlesex. 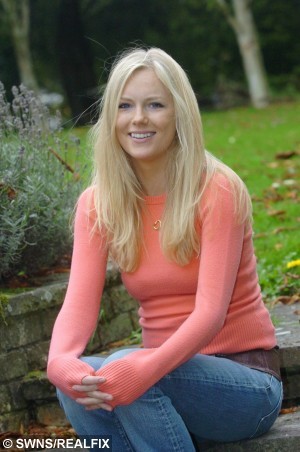 In an account she wrote after he operation Emily said: “The best thing I noticed was the mornings.

“I can now spring out of bed and have energy straight away, instead of feeling all the rubbish in my lungs and not being able to move.”

“Suddenly I had a life again. I keep pinching myself this has all actually happened. I feel like I have won the lottery. Who knows what the future holds?”

Emily, who has been married for seven years, is now fighting fit and doing the climb to raise money for a new ‘organ care system’ for the hospital.

The machine enables organs to be transported safely.

Cotopaxi is a stratovolcano in the Andes and is considered one of the highest active volcanoes in the world.

Typically only half of the people who attempt the climb manage to make it to the top.

Emily still has to be careful with her health – she has to watch what she eats and is prone to infection – but she feels confident she will be able to complete the challenge.

To donate to Emily go to www.justgiving.com/emilyhoyle

Dancing through the pain. When Haiden performs his joints dislocate but he refuses to give up his passion