Kate King with children, Kariad Guilford-Smith, 11, Poppy Guilford-Smith, 8, Saffron Guilford-Smith, 6, India Guilford-Peart, 4, and Davina Guilford-King, 2. A mother-of-six whose body is riddled with incurable tumours is tirelessly working to secure a stable future for her family as she faces the prospect of spending her last Christmas with them. See MASONS story MNCANCER. The combination of cancers that Kate King suffers from are so rare that she is one of only two people in the UK who are diagnosed with it every year. The 41-year-old said: "ItÃs like a living nightmare. Everything you assume you are going to be able to do in the future is taken away.Ã Kate has now set up a Just Giving page to help provide her children with the best Christmas possible after being given just months to live.

A dying mother-of-six has launched a heart-rending fundraising appeal to give her family the best Christmas possible.

Kate King is suffering from brain, liver, ovarian, bone and breast cancer, a combination so rare that she is one of only two people in the UK who are diagnosed with it each year.

She has desperately tried to fight the disease head on and gone through months of exhausting chemotherapy, meaning she can’t work.

Her husband Richard King, 46, has also had to give up work to support her which has meant the family are struggling to make ends meet.

All this prompted Kate, 41, to make a desperate appeal for donations so that her six children can make the most of what could be their last Christmas together.

She said: “It’s like a living nightmare. Everything you assume you are going to be able to do in the future is taken away.

“But I’m not focusing on that.

“I’m working now to give my family a stable future because this may be the last Christmas we spend as a whole family unit.

“We’re are focusing on making this Christmas as safe and as calm and secure for the children as possible.

“It isn’t about material things, it is just about being together as a family and enjoying time together, that is really what is most important.

“The money is for the basics so we don’t have to worry about buying food or paying rent and focus of enjoying Christmas.” 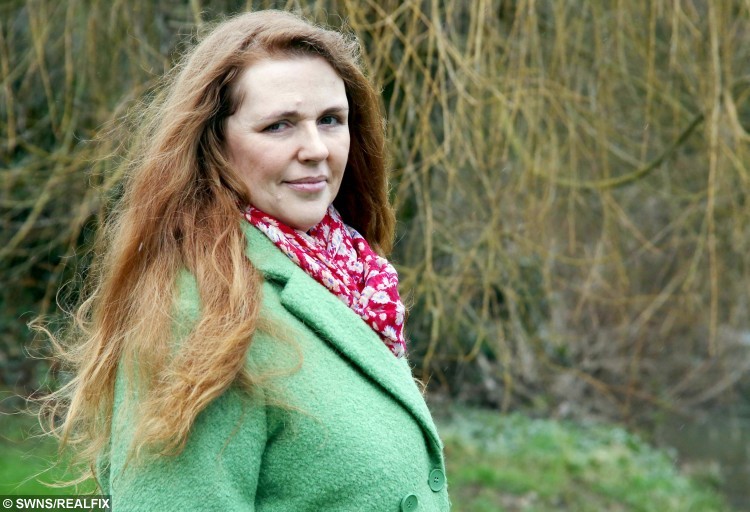 To do this Mrs King has set up a fundraising page to generate money to pay for essentials.

She said: “It’s for food and rent. It’s not for luxuries.

“Having people supporting us with their donations means that we can enjoy Christmas as a family unit and actually be able to enjoy being together.”

Mrs King, who runs a handmade gifts and events company, was first diagnosed in December 2014 after suffering undiagnosed back problems and diarrhoea for six months.

It was also discovered that she was pregnant with her seventh child and doctors told both her and the child would be dead within six weeks if she did not start chemotherapy immediately.

After losing the baby and facing the trauma of their burial, Mrs King had to endure months of side-effects from chemotherapy.

Despite it successfully shrinking tumours in her liver, bones, breast and ovaries it was discovered on November 11 that the cancer had spread to her brain.

This is untreatable and she is now simply hoping to spend as much time as possible with her husband and six children at their home in Lavenham, Suffolk.

She said: “The doctors have made it clear I may not have that long.

“I’m trying to ask what to expect to make contingency plans. I’m on online support groups but not many people have had this.

“I’m asking about memory loss, whether it will be permanent or temporary.”

“There’s too many tumours for them to hope to shrink them. It’s a matter of holding it back for as long as possible.”

Self-employed Mrs King has been unable to drive her children to school in Essex because of her brain cancer and has had to fight to get the council to pay for transport.

Despite this, the family is not entitled to additional benefits.

Mrs King’s first symptoms came in the summer of 2014, with what felt like a trapped nerve in her back.

Blood tests later revealed her liver was failing and showed that she was pregnant, meaning she could not have a colonoscopy.

While she had repeated tests her condition worsened.

“I struggled taking the stairs,” she said. “I couldn’t get out of the car without my children helping me.

“I was waking every hour with diarrhoea. Then I couldn’t get out of bed.”

It was when she had scans for the baby that the sonographer noticed something.

She had more tests just before Christmas last year where the liver was found to be completely covered in tumours. 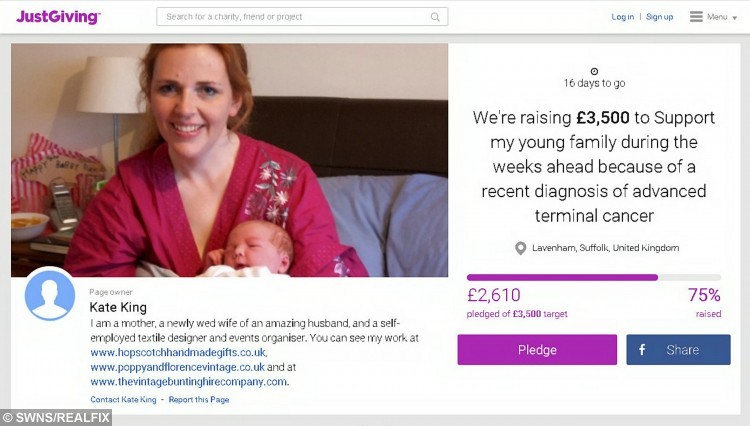 A further scan on New Year’s Eve showed the cancer had spread to her bones and ovaries.

She was given just six months to live and told to begin preparing a will immediately and to start making arrangements for her family.

But then things started looking up when the treatment shrank the tumours.

Sadly it wasn’t to last and the family suffered a further blow when a recent scan discovered that the cancer had spread to her brain.

She explained that the older of her six children, aged between two and 15, had been told about her cancer.

“The youngest don’t understand the situation really,” she said.

Donations can be made via the following website: HERE