A dying rescue dog has been given a new lease of life after kind-hearted strangers raised £2,500 for the poorly pooch to be fitted with a PACEMAKER.

Terrier cross Molly was diagnosed with a third degree cardiac block, meaning her heart was beating too slowly, and she would die if the condition was left untreated.

A fundraising appeal was launched by an RSPCA earlier this month and incredibly the £2,500 target for a life-saving heart operation was met within just three hours.

Five-year-old Molly then had the pacemaker fitted during an intricate two-hour operation on Valentine’s Day this week.

An X-ray taken after the procedure shows how the device has been fitted under the dog’s skin at the side of her neck.

A pacing wire, which resembles a phone charger, can be seen leading from the pacemaker through the jugular vein to Molly’s heart.

The operation was a success and Molly is now recovering at the RSPCA’s Coundon Wedge Drive centre in Coventry.

He said: “Molly had a dangerously slow heart rhythm and without the operation the outlook for her was far from certain.

“It’s still a fairly uncommon procedure to fit a dog with a pacemaker and, of course, Molly’s story has really captured people’s imagination, so there was a bit of added pressure.

“The operation was challenging due to her small size but it went according to plan and Molly is recovering really well.

“The whole team has fallen in love with Molly, she is a fantastic dog and has been an absolute star during her time with us.” 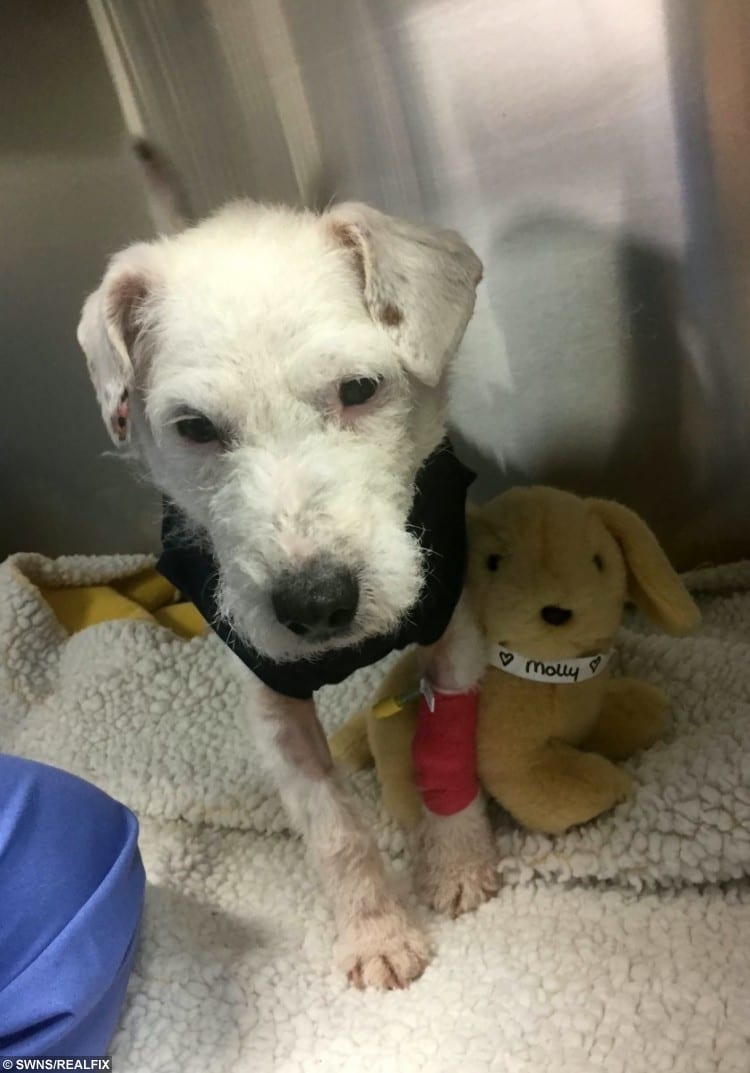 Molly, who has featured on Channel 5’s The Dog Rescuers, was taken in by the RSPCA in May last year after her previous owner didn’t care for her properly.

She has already overcome a severe skin condition which took her months to recover from and staff are now hoping she can be rehomed.

Danni Holder, kennel supervisor at the RSPCA’s Coundon Wedge Drive centre, said: “We are extremely grateful for everything the veterinary team at Willows have done for Molly.

“She is a lovely dog and we’ve heard everyone at Willows has fallen in love with her, just as we all have at our animal centre.

“The operation means Molly now has a new lease of life.

“We think she will get rehomed really quickly, which will be the icing on the cake for her and complete a remarkable story.”