An animal sanctuary is fundraising to help a family of puppies who need surgery for a rare condition – which makes their EYELASHES grow abnormally thick.

Treacle, Harry, Chloe, Arnold, Susan, Gareth and Snitch and Titch, aged 11 weeks, are Labrador-Jack Russell cross and were handed into a kennel by their owner.

Now being cared for at Holly Hedge Animal Sanctuary in Bristol, volunteers were concerned to learn that six of the puppies suffer from distichiasis – a genetic condition which makes their eyelashes grow. 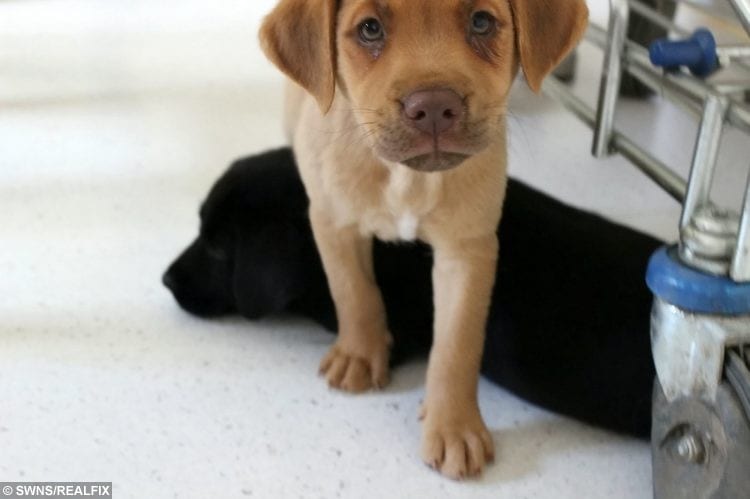 Arnold was the first puppy to be diagnosed, and was taken to the vets last week so his eyelashes could be plucked as they were growing at an odd angle, rubbing on his eye and causing an ulcer.

It was hoped that surgery could be avoided due to the health risks associated with it, but the eyelashes grew back in a matter of days.

Little Arnold already needs to return to the vets, which costs £60 per visit.

But five other puppies have started to develop the condition with varying degrees of severity and volunteers fear the costs could run into thousands of pounds.

A spokesman for Holly Hedge Animal Sanctuary said: “Following vet checks this week we had further disappointing news that five of his littermates have also started to develop the condition called Distichiasis, with varying degrees.

“Harry, the beautiful tan puppy, will be keeping Arnold company this week at the vets whilst he also has the plucking procedure carried out.

“We now understand that the total may run into multiple thousands with the other pups as well as weekly checks, and treatment so we have raised another appeal for Harry and his siblings to cover all the other puppies and the veterinary care they will also need.” 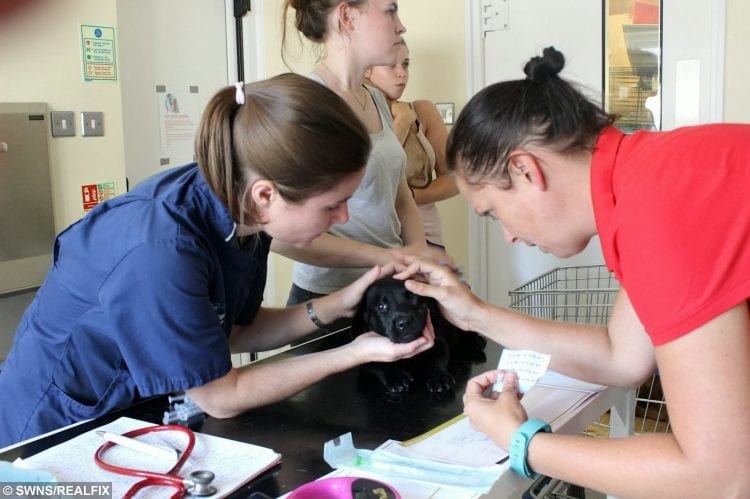 Volunteers expect that surgery for Arnold alone will cost £2,500 as it is likely he will need to have surgery to remove each lash and follicle.

A fundraiser has been started aiming to raise £12,500 to pay for the puppy’s surgery.