A family are appealing for help to get prosthetic limbs for their baby – because he was born without leg bones.

Little Oscar Connor went through a double knee amputation on September 20 because he was born without tibia bones.

The tot, who will be two in December, has undergone eight bowel operations and spent much of his infant life in hospital.

He also struggles to eat and drink and needs to be connected to a drip for 14 hours every day.

His parents, Kayleigh Watson and James Connor, are trying to raise £8,000 to pay for prosthetic limbs and an adaptable bath and bed.

Mum Kayleigh said: “The doctors don’t know why he was born without tibia bones.

“My partner and I have undertaken some genetic tests to find out if it is hereditary.

“Doctors suggested it could be a genetic mutation which occurs at around four or five weeks, but nothing has been confirmed.

“It has been very hard.

“He was very poorly at six weeks old, he had a perforation of the bowl and he was in intensive care for three weeks.

“He was put on parenteral nutrition at the Royal London Hospital so he could be fed, which he still receives.

“He then transferred to Chelsea and Westminster Hospital for several bowel surgeries.” 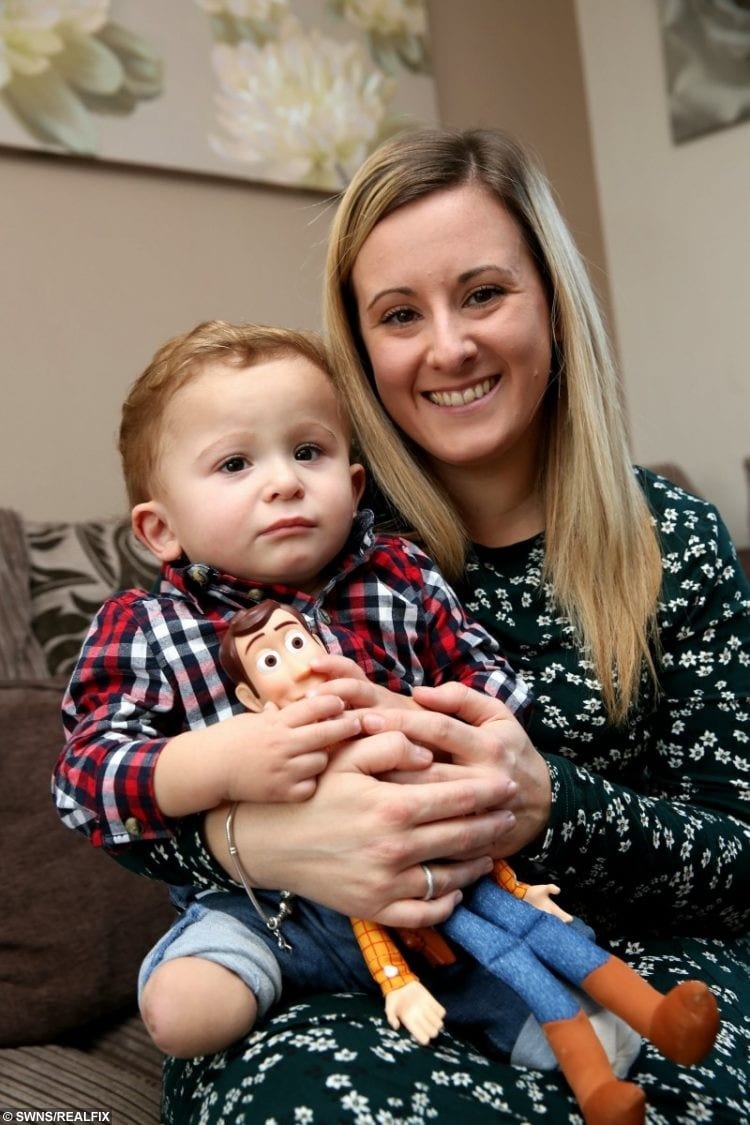 Oscar’s family, from Rickmansworth in south west Hertfordshire, have been in and out of hospital since he was very young and his sister, Maisie, who is eight-years-old, has to spend a great deal of time with her grandparents.

Kayleigh said: “Maisie gets quite quiet and withdrawn if her brother is in hospital for a long time. But she’s so good, always trying to help him and carry him.

Speaking about the amputations, Oscar’s mum said: “It was quite devastating, even though it was for a positive reason, but you cannot really process it until it happens.

“You struggle every day to get your head around it. Oscar seems to take it in his stride.

“After the operation, we struggled seeing him looking so different. You think you’re mentally prepared, but nothing prepares you for that.”

Oscar is still in recovery, but Kayleigh said he is doing well.

She added: “This was the only way he would have a chance of walking, he would have been wheelchair-bound unless we made the decision to give him prosthetic legs.

“Because he had a fixed knee, which means they don’t bend, the only way for him to have a better life was to have the amputation.

“Even though I find it very sad, I also find it very positive because of all the friends and support we have received.

“I think it will make Oscar a better person. We have made him a memory box for when he is grown up.”

Kayleigh said once Oscar’s legs are healed and he gets his first set of prosthetic legs his parents hope to transform their house making it more accessible for their son.

Britain’s Second Ever Zonkey Born On Somerset Farm – Cross Between A Zebra And A Donkey!

Britain's Second Ever Zonkey Born On Somerset Farm - Cross Between A Zebra And A Donkey!