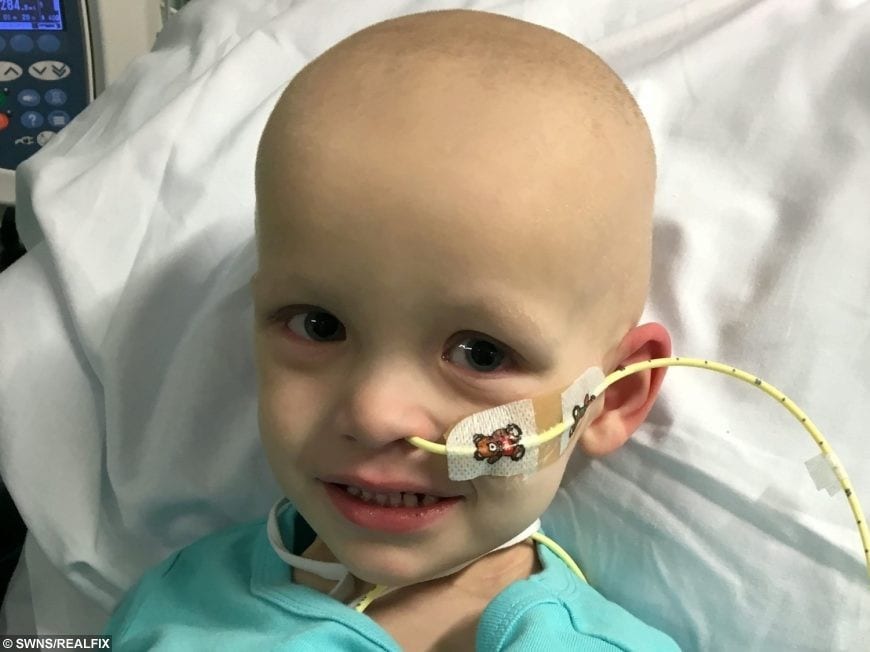 The family of a two-year-old boy suffering a rare form of cancer have been told he cannot be cured by doctors – after raising £350,000 to pay for treatment.

Dawson Willcock was diagnosed with hepatoblastoma in January.

After several bouts of chemotherapy failed his family was told the aggressive cancer had spread to his lungs and was untreatable – so they launched an online funding appeal to pay for last-ditch treatment in America.

But their hopes have now been dashed as doctors have told them the pioneering drug trial at Cincinnati Children’s Hospital, USA, would only only extend his life for a short time. 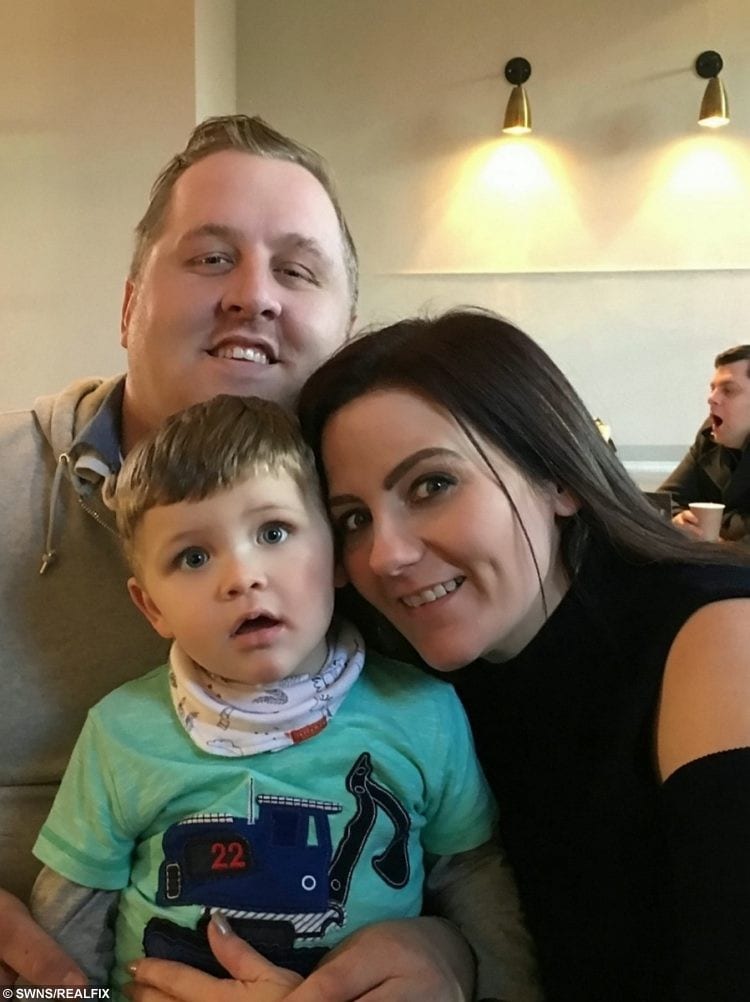 Dawson’s mum Wendy, 41, of Sutton In Ashfield, Notts., said: “The prognosis for Dawson is very poor. He is on chemotherapy to lengthen his life to give him more time to spend with us.

“We were told the news about a week ago – we wanted to speak with my children before we told everyone.

“We can’t believe it. We didn’t realise how unfortunate his situation was and how aggressive his condition is.”

“We are not giving up on him we are looking for more trials and trying to see if there is any other way.”

Wendy and husband David, 31, have a consultant at Nottingham’s Queen’s Medical Centre working around the clock to find an alternative treatment for their boy – who turns two on Wednesday. 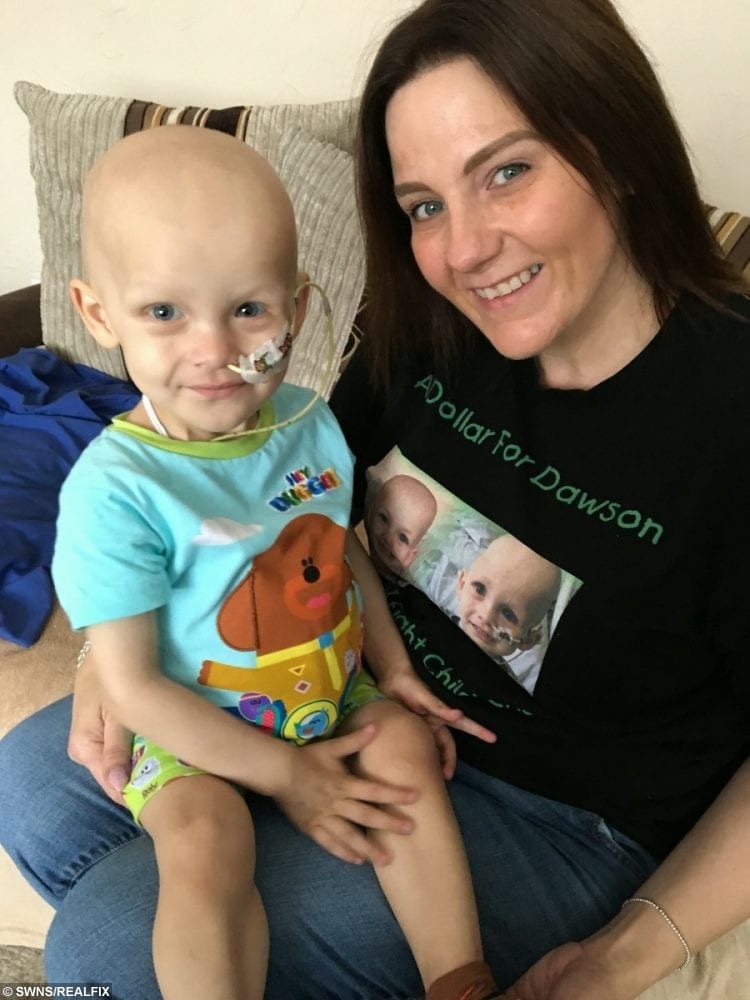 Mum-of-three Wendy said: “We’ve been told hepatoblastoma is normally 90 per cent treatable but Dawson is an exception.

“We have people working not just here but internationally trying to find something which might work – we will try anything right now.

“We have got to keep trying and we haven’t given up – we do believe in miracles and we still have hope.

“Dawson is deteriorating but even with his condition he is so full of life.

“He makes us laugh every day and is such an inspiration – he is so brave.” 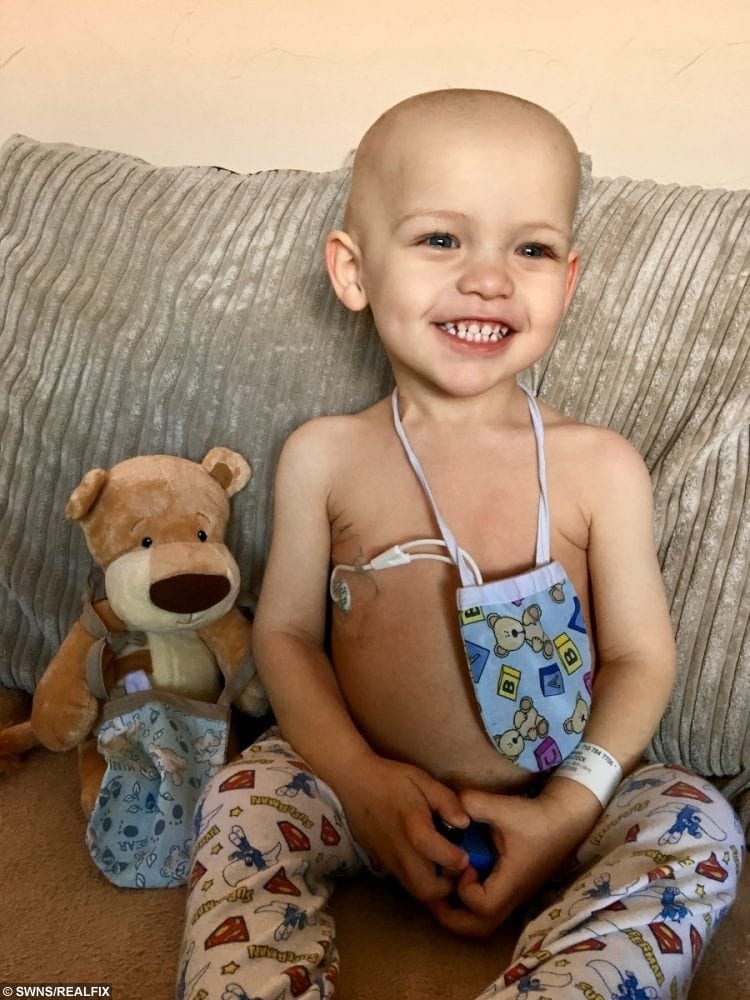 Dawson Willcock was diagnosed with hepatoblastoma in January

In April this year Wendy was given the worst possible news that Dawson’s cancer had spread to his lungs.

The 18-month-year-old was put on a further bout of the chemotherapy with devastating side affects – but their hopes were again destroyed when they were told the chemo had no effect.

The lung tumours had increased in size and the cancer was chemotherapy-resistant.

But despite the latest shattering news the family say they will continue ahead with fundraising.

Wendy said if the money was not spent on Dawson she wanted to make a legacy for him for other children’s lives. 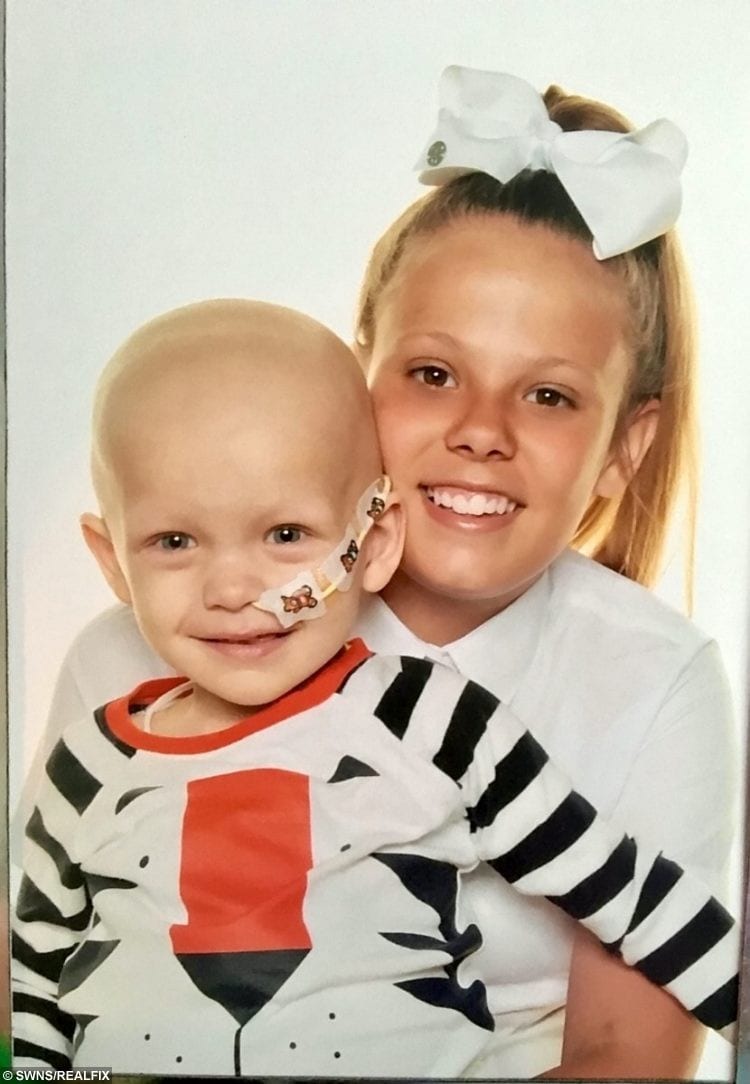 Wendy added: “We want to set up a big static caravan where children with cancer and their families can get away from it all to have happy times and make memories.

“I am going to the funeral today of one of his friends on the ward.

“People don’t realise there are so many children with cancer it is happening all the time.

“It is devastating – we have put everything into raising this money.

“We cannot believe how much support we have had – it has been incredible.

“People who were complete strangers have become friends.

“It is more than a comfort to us. This support gives us strength.”

Hepatoblastoma is a rare cancerous tumour which starts in the liver and usually occurs in children under five years of age.

Only about eight children in the UK are diagnosed with the disease each year.