A mum-of-five claims “fat club saved my life” after her weight loss led doctors to discover a cancerous lump which may have otherwise taken eight years to find.

Elaine Atkinson found the tiny lump after dropping two dress sizes which doctors say was crucial as it might not have been discovered until her first mammogram at 50.

Elaine says the doctor’s exact words to her were, ‘Slimming World has saved your life’. 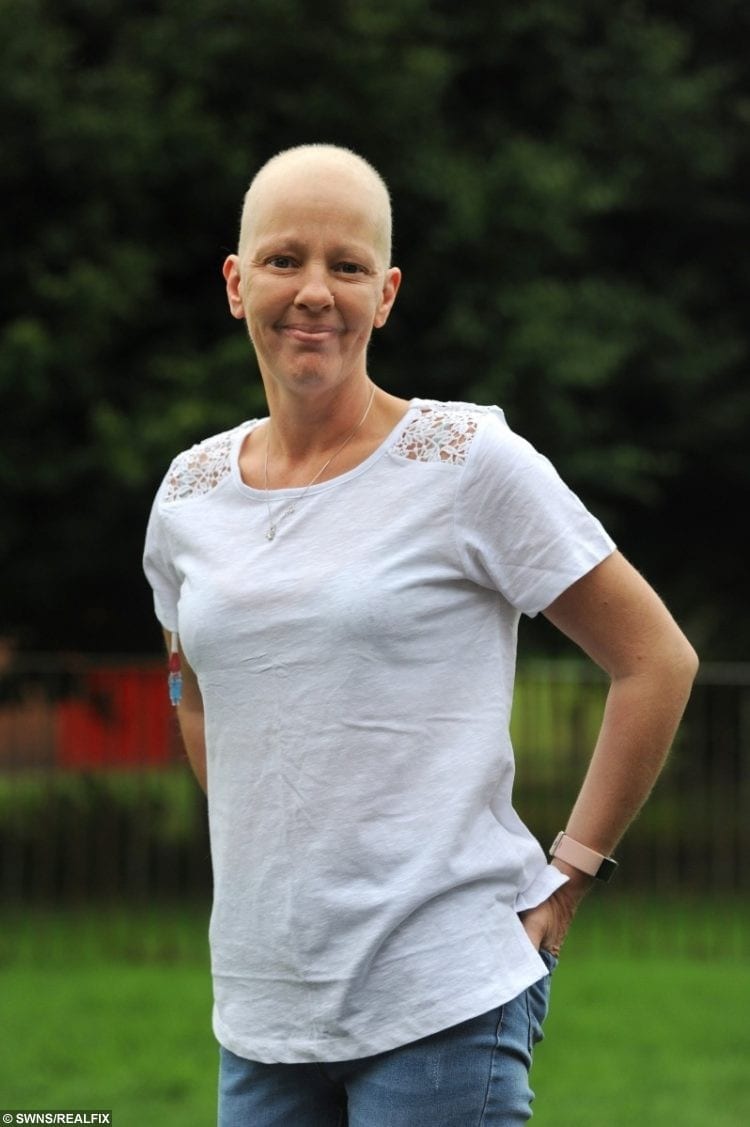 Initially, Elaine had no intention of joining a slimming club, only going as moral support to a friend until she stepped on the scales and was mortified by her weight.

The single mum, from Preston, Lancs., said: “I couldn’t believe it when I was diagnosed. I have no family history of breast cancer and I’d always associated it with older woman.

“As a single mum, all I could think was I have to survive this for my kids.

“I wanted to see all their milestones from starting high school and getting married, so then I just knew I had to be strong and positive.”

After joining Slimming World in January this year, Elaine quickly went from a size 14 down to a size 10 by the end of week five after losing a stone which turned out to be a life-changing situation.

She said: “I have always been up and down with my weight and in clothes sizes, I fluctuated from a size eight to a size 14.

“But I became comfortable in my own skin and it did not really bother me. I think I was in denial.”

Speaking of her shocking diagnosis, Elaine said: “I ran my hand down my breast and felt this tiny little lump about the size of a pea.

“I knew straight away I needed to get it looked at.”

Elaine went to see her GP the following morning and, at first, the doctor struggled to find the lump as it was so small.

However, within two weeks, Elaine had undergone mammograms and scans and had a consultation with the surgeon who told her he was 99 percent sure it was breast cancer.

A biopsy confirmed it was cancer and Elaine underwent surgery to remove it. 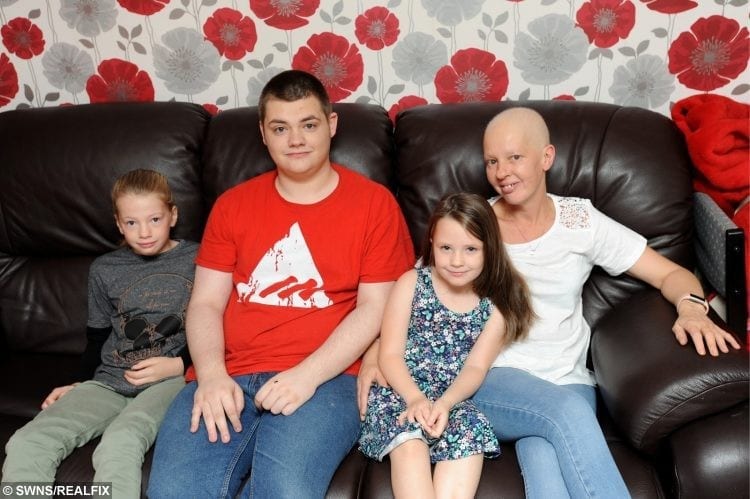 She said: “The surgeon said the lump was so tiny, he was amazed I’d found it.

“He explained that the lump had been hiding behind my fat tissues and it would have only become noticeable after I lost the weight.

“He told me that as I was 42 at the time, I would not have been called for my first mammogram screening for another eight years and that by that stage, it would have been a case of prolonging my life rather than saving it.”

Results showed it was a grade three aggressive breast cancer and as there was a high chance of occurrence, the decision was made to treat the cancer aggressively.

Elaine is currently four cycles into six cycles of chemotherapy, and after that, she will have a month of radiotherapy. 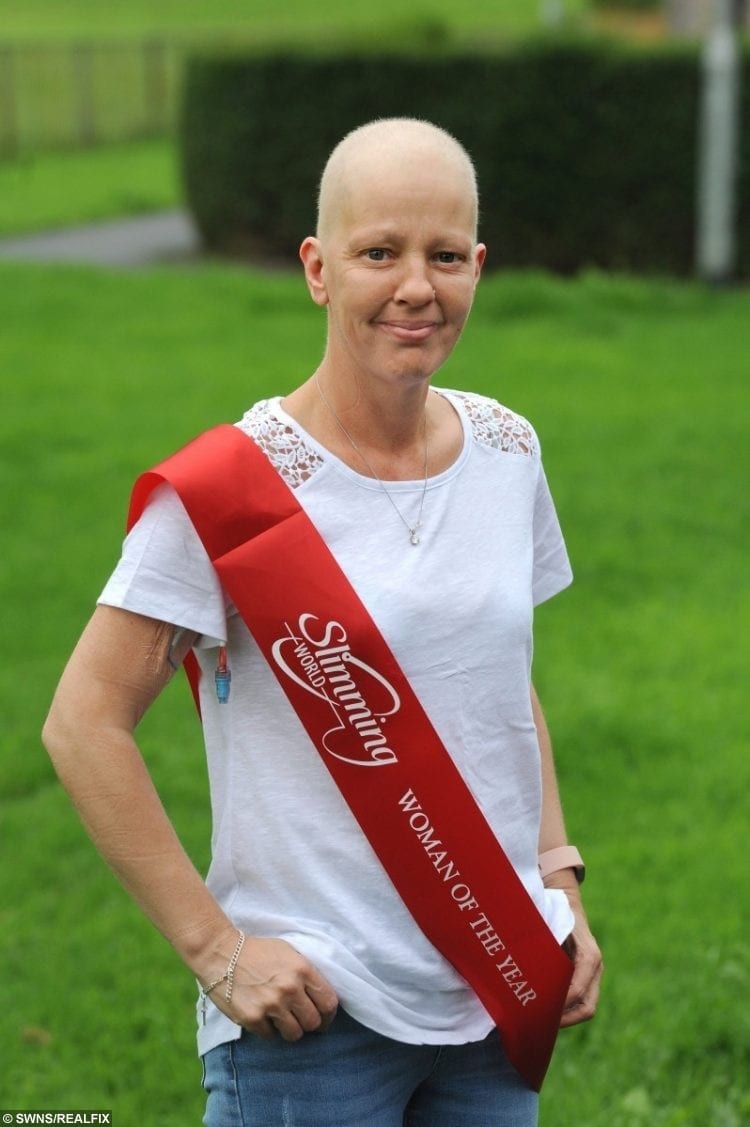 Elaine, who is mum to Lauren, 25, Jamie, 23, Thomas, 17, Millie, 11 and Kaitlynne, six, still goes to her Slimming World meetings every Tuesday evening – and even went to the meeting on the day of her breast cancer diagnosis.

She said: “My friend jokes that she saved my life by dragging me along to Slimming World – and I suppose she did.

“I love the world. I only lost a stone and a half and it saved my life.