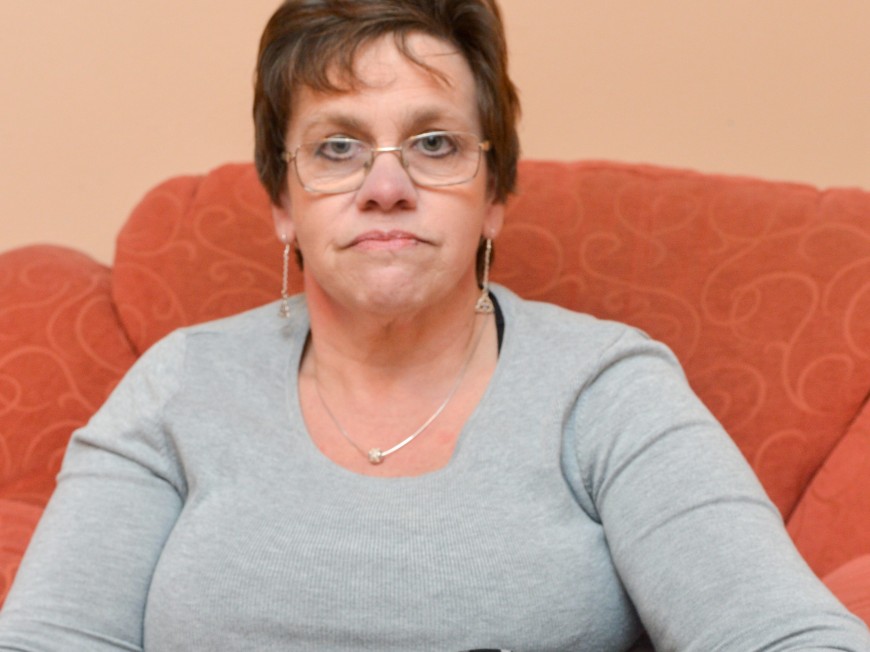 A cancer-survivor is no longer out on a limb after an NHS u-turn promises to help her walk again – by draining fluid from her massive LEG.

Mary-Ann Wood has struggled with mobility for more than a decade after a rare condition caused her left limb to swell – and weigh THREE STONE heavier than her right. 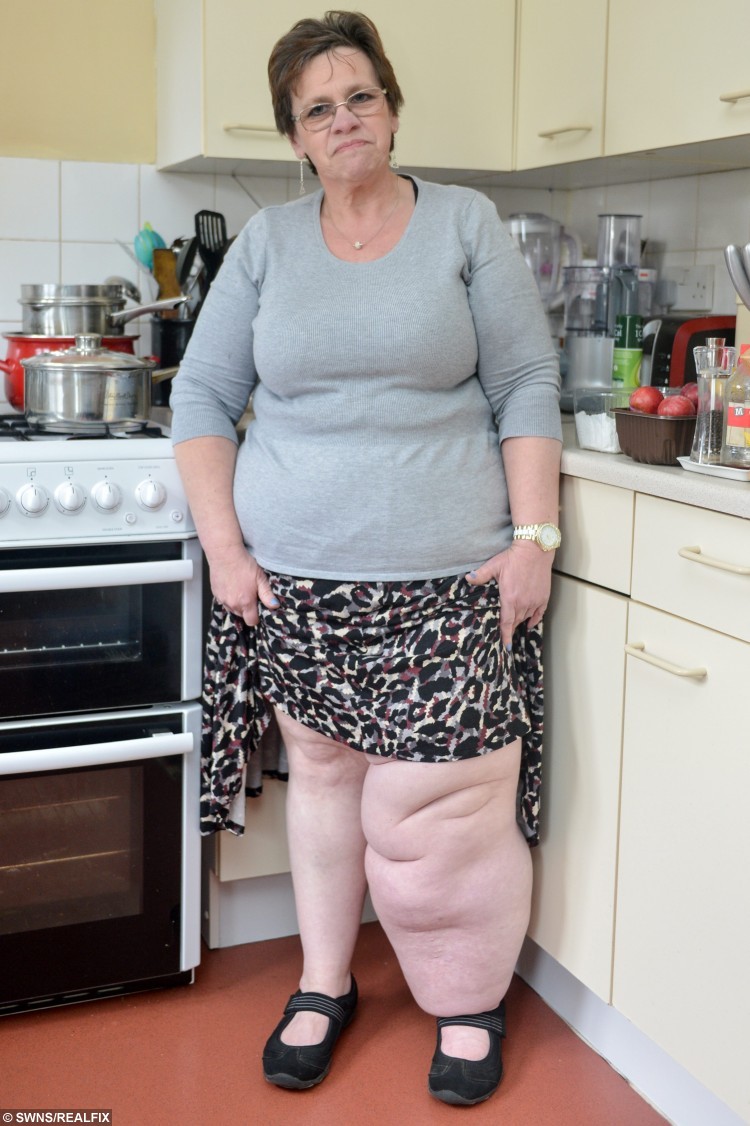 Mary-Ann can’t wait for the treatment

The 53-year-old beat cervical cancer 17 years ago, but soon after she learned she had lymphoedema, a rare condition that caused her calf to have a circumference of almost THREE FEET.

The grandmother, from Midhurst, West Sussex, was repeatedly rebuffed by her local NHS trust – who refused to pay for the £11,000 treatment to drain the fluid from her whopping appendage.

Mary-Ann, who set up a fundraising campaign earlier this year to help pay for the op privately, is now delighted after NHS Coastal West Sussex Clinical Commissioning Group contacted her last month to say they had changed their mind.

She said: “It was so out of the blue.

“It won’t be a cure, but it will make life easier. My family are so excited. I was in the middle of doing my shopping when I had the news.

“I couldn’t believe it. I just spent the first week on a cloud.

“I had such a great response after the article was published so I really wanted to tell the community the news.

“The only stipulation the WSCCG made is that it has to be done by a surgeon in Dundee, but that’s fine because that is the surgeon I went to see previously. 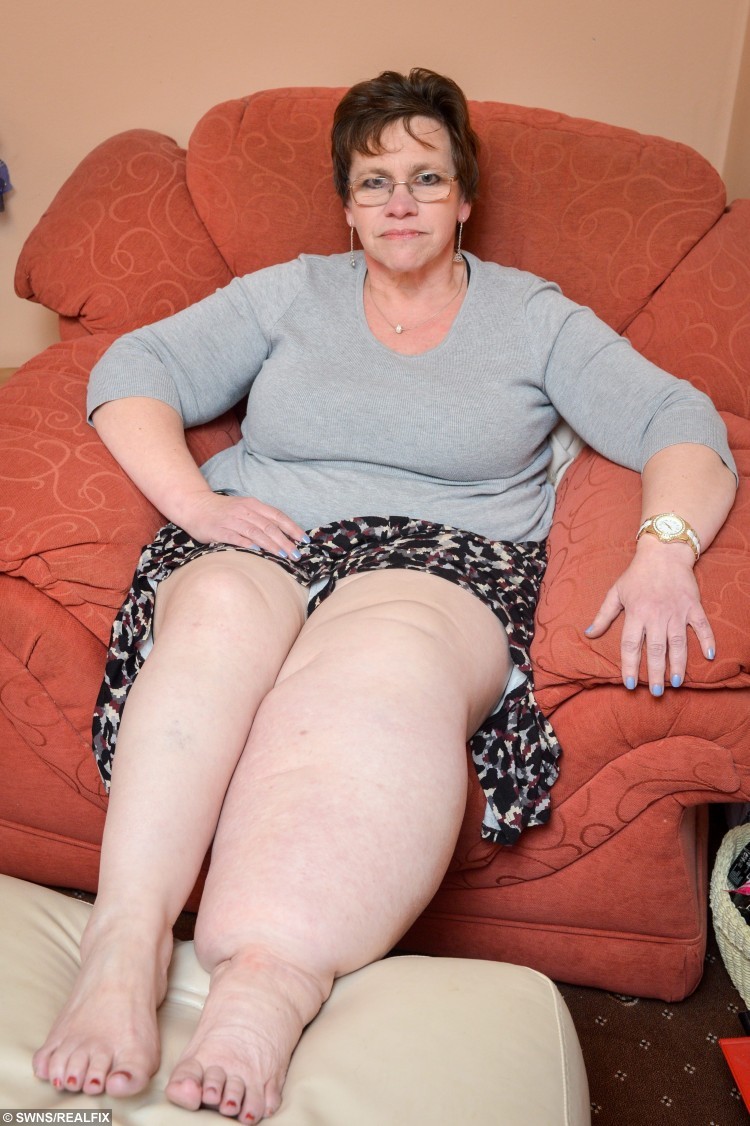 It will be life changing

Mary-Ann is still fundraising £2,500 for a lymph assist machine which will help her condition by keeping fluid from collecting in her leg, and also aims to carry on raising money to help others.

The grandmother-of-two was told earlier this year by the Independent Complaint Advocacy that her surgery would be rejected because her case is not “exceptional enough.”

Mary-Ann said: “It’s huge. The surgeon told me the only option is to have the operation.

“I’ve had loads of different excuses, they even said it would be ‘cosmetic’ once. I was also told that I wasn’t ‘exceptional enough’ if to get the op.

Mary’s condition developed because she had lymph nodes removed along with her cervix and her lymphatic system is no longer strong enough to drain her leg of the fluid causing the build-up.

The liposuction would not cure the condition but it would drain the excess fluid from her leg allowing her to walk normally again but without the operation Mary-Ann must continue her daily struggle. 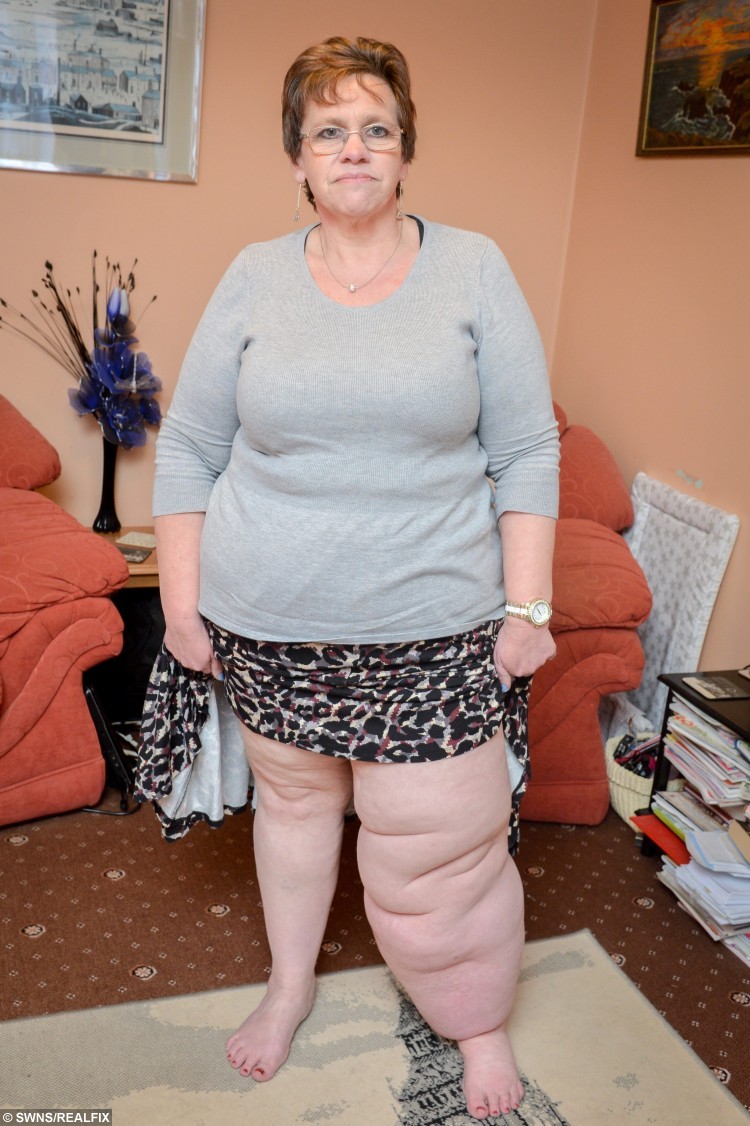 The leg is a daily struggle

She said: “I get up in the morning and have a massage and put on compression garment – all that takes an hour.

“Then it’s very difficult to walk. It weighs nearly three stone more than it should because it’s filled with lymph fluid.

“I can’t walk any distance and when I do I use a stick. Doctors said that by the time I’m 60 I will be immobilised. Already I can’t move that knee at all.

“Hopefully this operation means I will be able to get on with my life.”

Her fight started in 2013 when massages began failing her and was told she needed the liposuction.

Husband of 26 years Alan Wood, a 48-year-old removal man, must assist her in her daily chores.

« Previous post Toddler with Down's Syndrome set for stardom thanks to her gorgeous smile
Next article » 'Get married and be a mum' Brave bucket list of teen given a year to live.