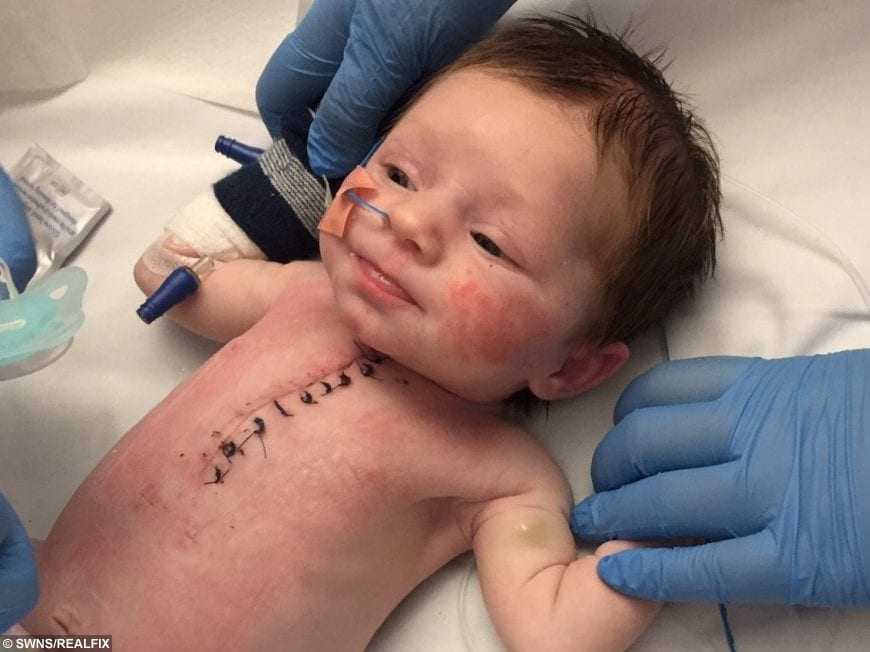 An excited first-time mum was left devastated when she was told her son had four different heart conditions – and had to have open heart surgery at just DAYS old.

Aimee Roberts, 25, said she was “hysterical” when a scan just after birth showed baby Leo was suffering from four congenital heart problems .

Aimee and partner Alex Nicholls, 26, were told their son would need open-heart surgery, and said they feared the worst. 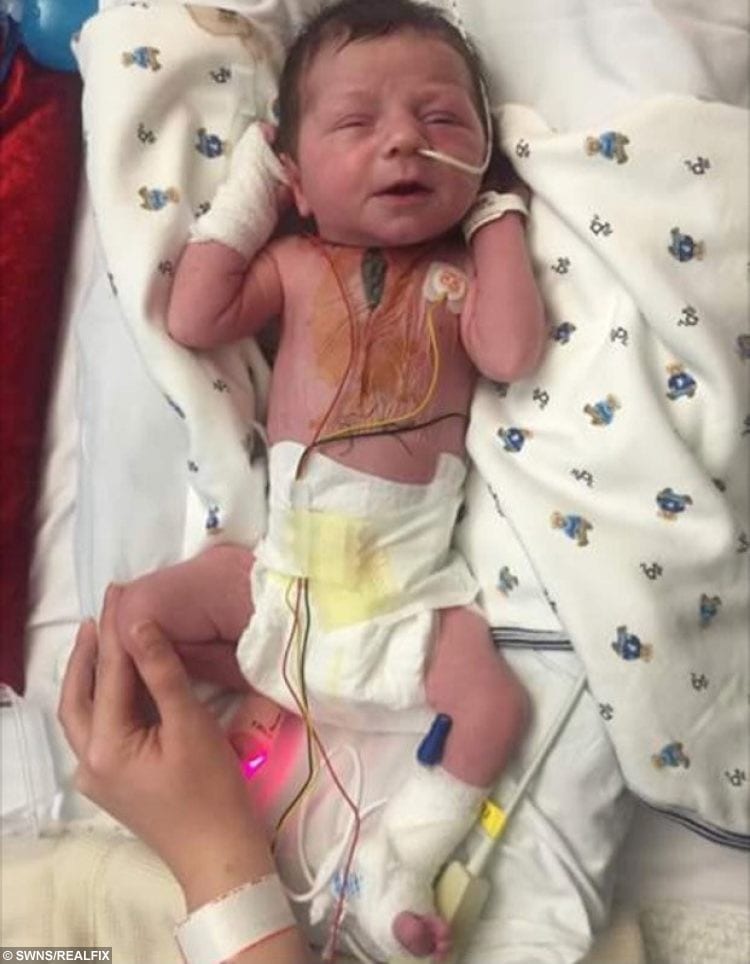 And the new mum said she had “never cried so much” as when she handed her son to the anesthetist when he was just seven days old – on the day he had been due to be born.

“It was awful. As soon as I found out I was hysterical. I didn’t stop crying for weeks,” said Aimee, who lives with Alex near Keynsham, Som.

“We had to learn so much new terminology. We were thrown into a world that few know exist. I knew he would teach us, but I didn’t know it would be like this.

“We learnt all about echocardiograms, ECG’s, monitors, blood tests, diagrams, risks and odds.

“Nothing can make you surrender more than having to give your child to a surgeon when there’s a chance of death. I have never cried so much.” 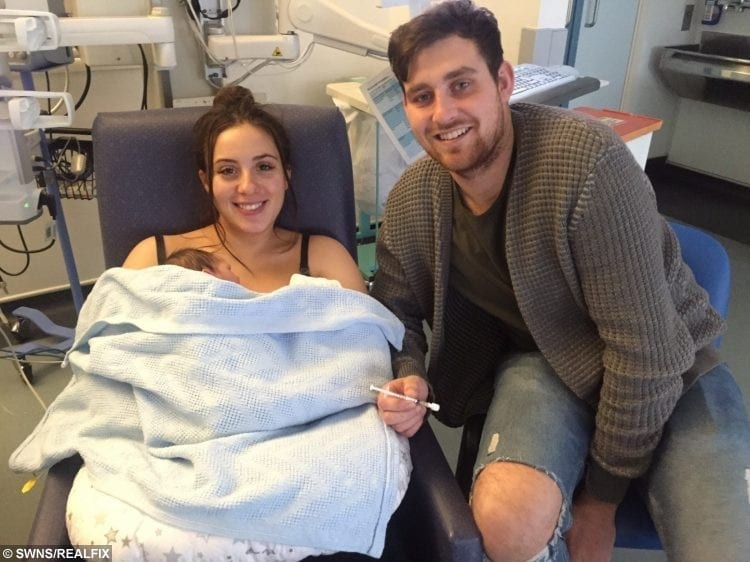 Aimee Roberts and her partner Alex Nicholls with their baby son Leo as he is treated in hospital.

The newborn was diagnosed with coarctation (narrowing) of the aortic arch, Patent Ductus Arteriosus (abnormal blood flow between the heart’s arteries), multiple holes in the heart, and Bicuspid Aortic Valve (two heart valves instead of three).

Aimee, a British Airways air hostess, said: “When he was diagnosed we didn’t believe it at first.

“I blamed myself completely. I kept asking myself, ‘What could I have done differently?’”

But doctors assured her that Leo’s heart conditions were congenital, and there was nothing she could have done differently. 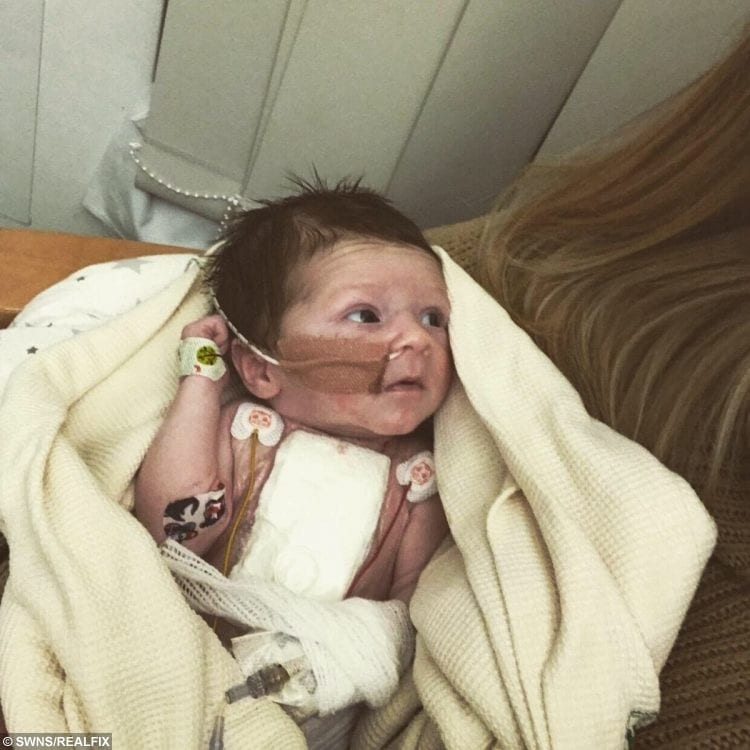 Aimee added that Leo weighed 7lb 1oz at birth – but because he was so ill, his weight dropped almost immediately to 5lb.

And as Leo was born a week prematurely, doctors had to wait seven days until he was the correct weight to operate on.

Aimee was discharged from St Michael’s Hospital and moved to the Cots For Tots charity house opposite, for the parents of severely ill babies.

She said: “I was told when to go back to the Intensive Care Unit to feed [every two hours], as well as how much to feed, and I even had to ask if I could hold him. 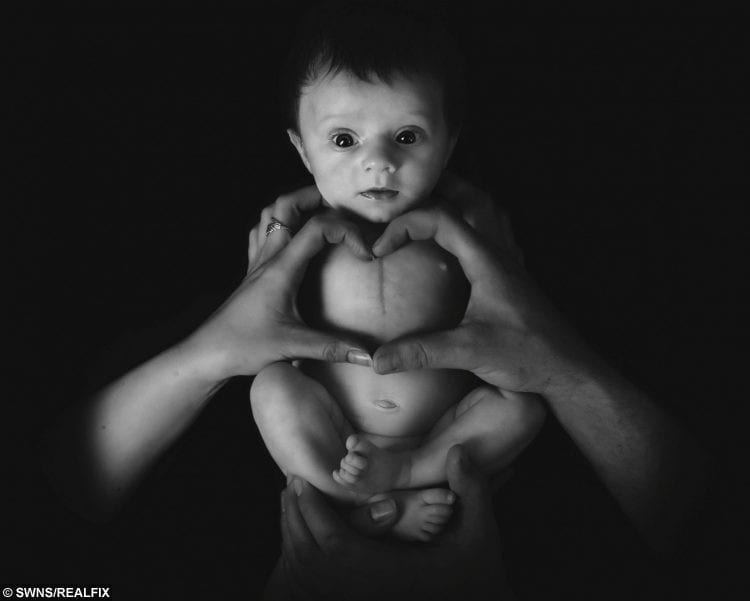 And when Leo was just a week old, on his due date, he had open heart surgery – and Aimee said that if they had waited any longer, he could have died.

“We met with the surgeons and the anaesthetist and were made to sign a consent form,” she said.

“They made it sound as though they were asking us, but it was mandatory to save his life.

“It was a complete blur when they were telling us the risks, death was an option. Along with paralysis, infection, damage to spinal cord, stroke and internal bleeding.”

She added that Leo had to stop feeding before his surgery, which upset him.

“He was nil by mouth for four hours before theatre – he was so hungry – he was crying. When he finally fell asleep, I took over the crying role.

“I couldn’t sleep that night before and sat with him in the high dependency ward. My mum and sister arrived, us and Alex sat waiting.” 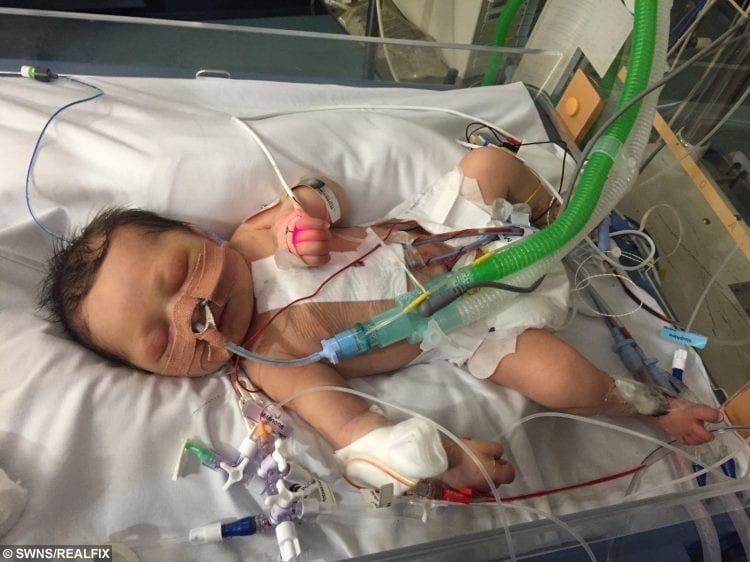 Leo’s surgery was a success – but Aimee recalls going in to see him for the first time post-surgery.

She said: “His eyes were puffy. He wasn’t alert. Covered in wires with a machine breathing for him. He was being pumped with medication.”

Leo remained in hospital for the first nine weeks of his life, during which time he had five further operations for complications and infections arising from the surgery.

Aimee said: “Leo was pricked so much for cannulas, blood and long lines that he began to hate being touched.

“His heels were completely covered in dots from where he had so many heel pricks.

“Eventually, myself and Alex had to say that enough was enough, and we no longer consented to anyone inserting a cannula, longline or PICC line into him whilst he was awake.” 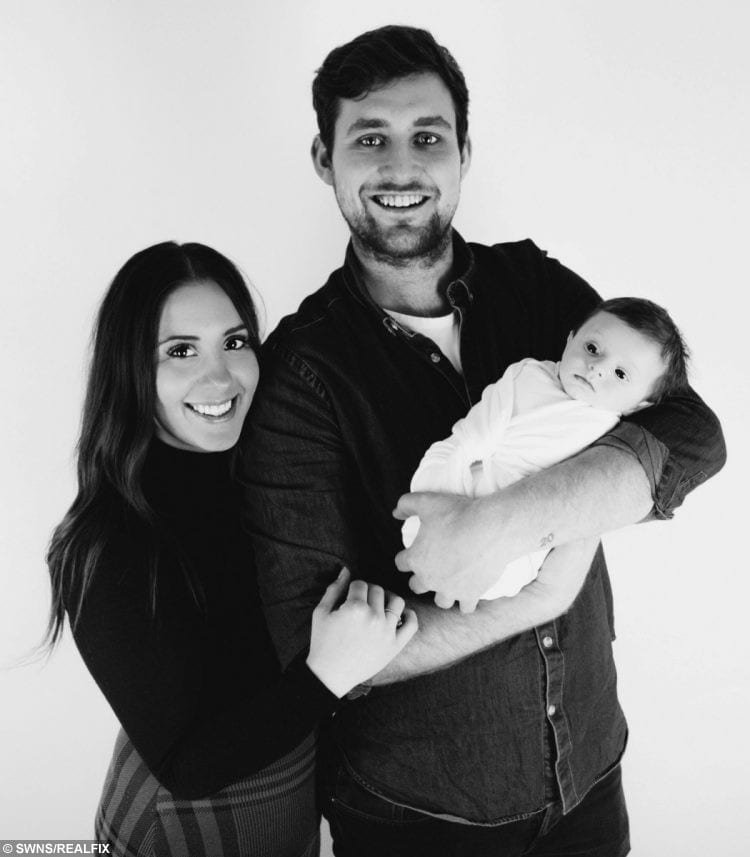 But she has praised the work of the surgeons, doctors and nurses from ward 32 at Bristol Children’s Hospital who saved Leo’s life.

“He still has two heart conditions, which we have a review for at the end of February. He’s still not perfect, but he’s doing really well,” Aimee said.

“February is heart awareness month, and it’s just the fact that I was told to look out for it and that’s what saved his life. What if we hadn’t pushed for that scan?”

Aimee has set up a Crowdfunding page to raise money for the staff at ward 32.

She said: “We are raising money for the ward that saved Leo’s life because simply saying thank you doesn’t seem enough. They not only cared for our son, but for ourselves as well.”

« Previous post Incredible Image Shows Enormous Owl Sitting On Woman's Head After Swooping Down To Look For Food
Next article » Sealed With A Kiss: Seal Emerged From The Sea To Share A Kiss With A Canine