A five-year-old girl has been left fighting for her little life after it took doctors two years to diagnose her with CANCER.

Myla Carte was taken to hospital 10 times before family were told the heartbreaking news she had a stage four Wilms tumour – cancer in the kidneys.

Her parents say Myla started suffering stomach cramps and would violently vomit in 2016 which they now believe were the first signs of cancer.

But her symptoms were always dismissed by doctors who said the tot had a viral infection and advised giving her Calpol. 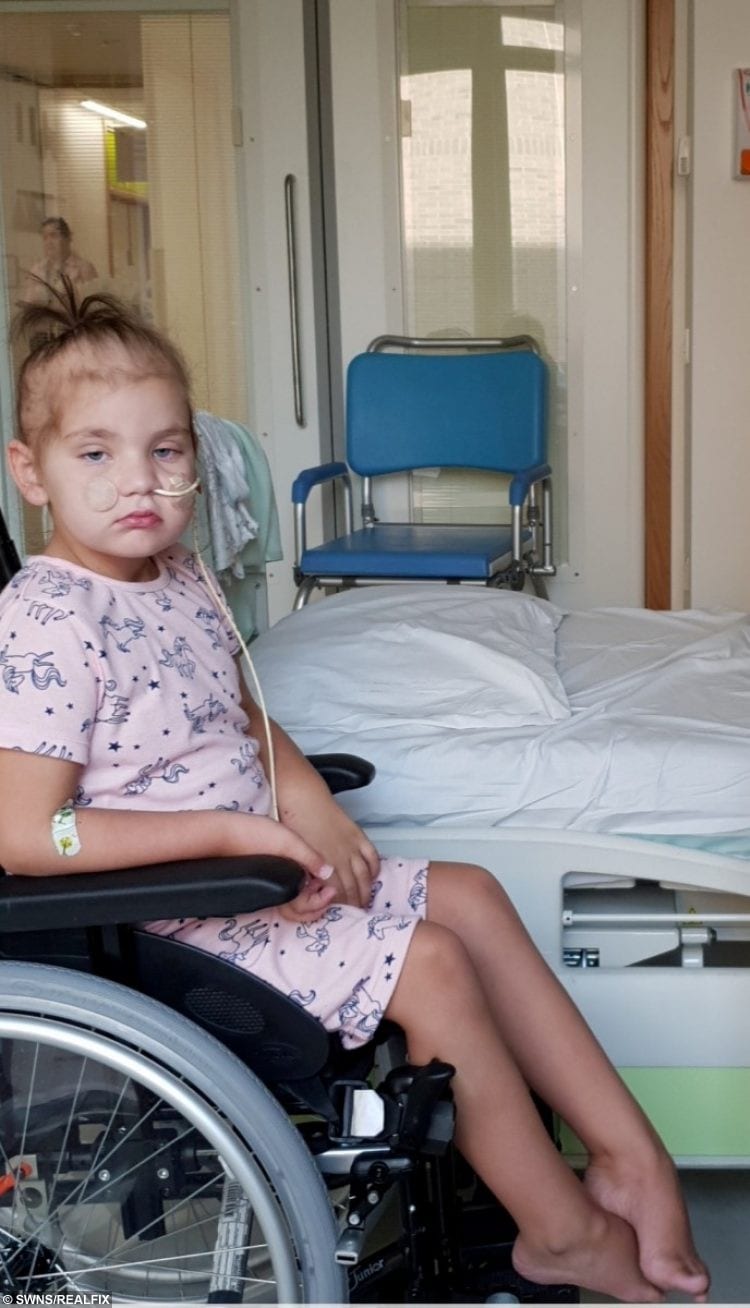 However, parents Lyndsey and Trevor Carte knew something was wrong and refused to give up on their daughter who would often scream out in agony.

Eventually – more than two years later – Myla was diagnosed with a Wilms Tumour which doctors said was “one of the biggest” they had seen in a five-year-old.

Myla had six weeks of chemotherapy to shrink the tumour – which was 1.4 litres in volume – before going under knife on August 9 this year.

Doctors have told her parents they believe Myla has a 60 percent chance of survival – lower than it would have been had it been picked up earlier.

Her mum Lyndsey, 37, said: “She would have had an 85% chance of survival if they had found it sooner because it was left it has now spread.

“It’s heartbreaking, I just wish I could turn back time and push them {doctors} more.

“I was mad at first when Myla was finally diagnosed but I’m just concentrating on getting her better now.”

Myla’s parents want to make sure that no other youngsters have to wait as long as their daughter before they start treatment for the condition. 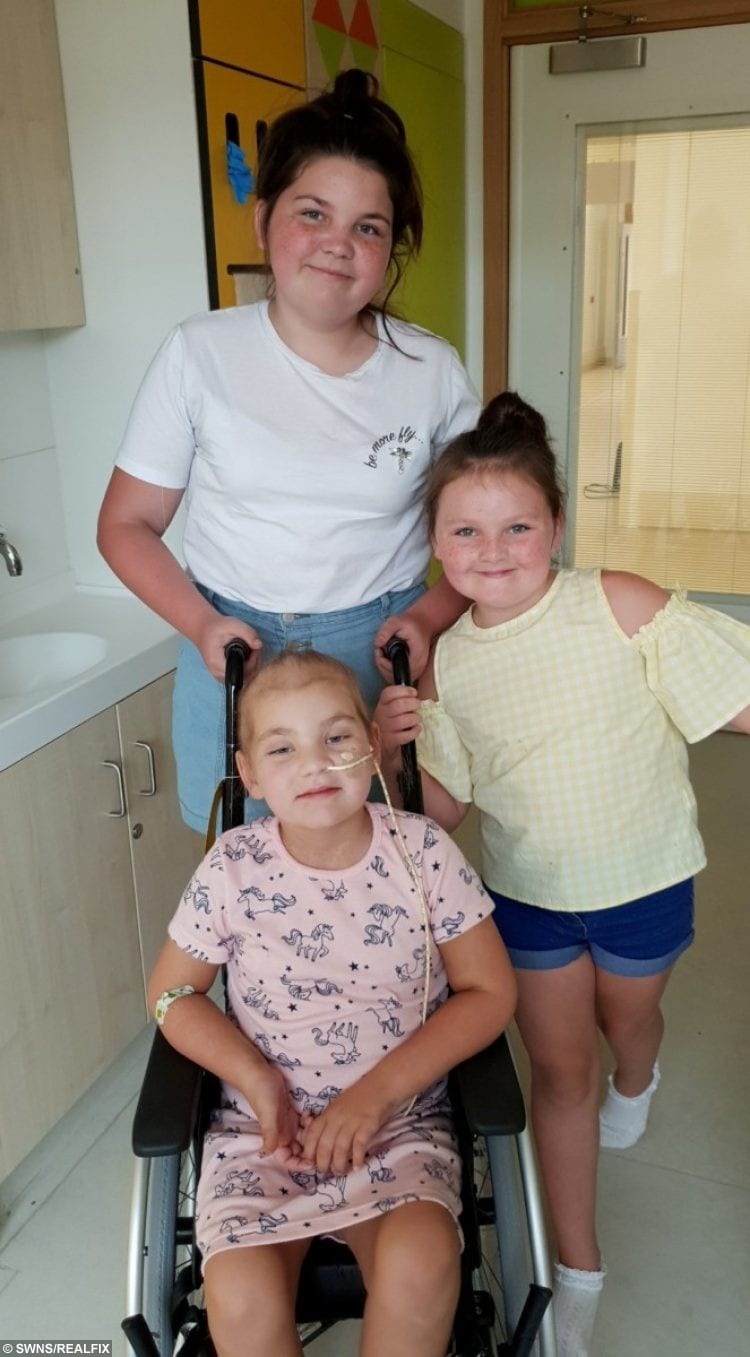 Dad Trevor Carte, 39, from Skellow near Doncaster, South Yorks., added: “It has absolutely devastated us as a family.

“She is really weak and can’t walk at the moment, and she’s lost her hair. She’s lost half a stone.

“It could have been a totally different story if they had found it early. We don’t want this to happen to anyone else.”

Myla was first taken to the doctors two years ago after she started suffering stomach cramps and vomiting.

She was taken to hospital for the second time at Christmas 2017 when doctors initially checked her for possible appendicitis.

Myla went to the doctors again at end of May this year, because she was screaming in agony.

She was transferred to the children’s observation unit at Doncaster Royal Infirmary for tests. It was put down to a water infection initially and she was given antibiotics.

Lyndsey rang the next day to say she thought the antibiotics were making her sick, and she returned to the hospital again two days later.

That was when doctors felt something in her abdomen – which was found to be a tumour.

Myla was sent to Sheffield Children’s Hospital for more tests, where a scan revealed a tumour which doctors told her they thought had been there for two years.

Housewife Lyndsey, who has two other daughters Maicie, aged eight, and Madie, aged four, added: “Doctors said that it was viral – and the last time we went they said it was a water infection.

“They examined her stomach but a virus was all they said. You put your trust in doctors – what else can you do? I was told to give her calpol.

“I didn’t take her to see the doctors everytime, it was only when I could not control her pain and sickness otherwise I would never have left hospital.”

Doctors operated and removed a kidney which had the large tumour on it. There were also tumours in her lung and stomach which are being treated.

Myla has now started chemotherapy and will undergo treatment for 34 weeks.

The couple have not yet made any official complaints. 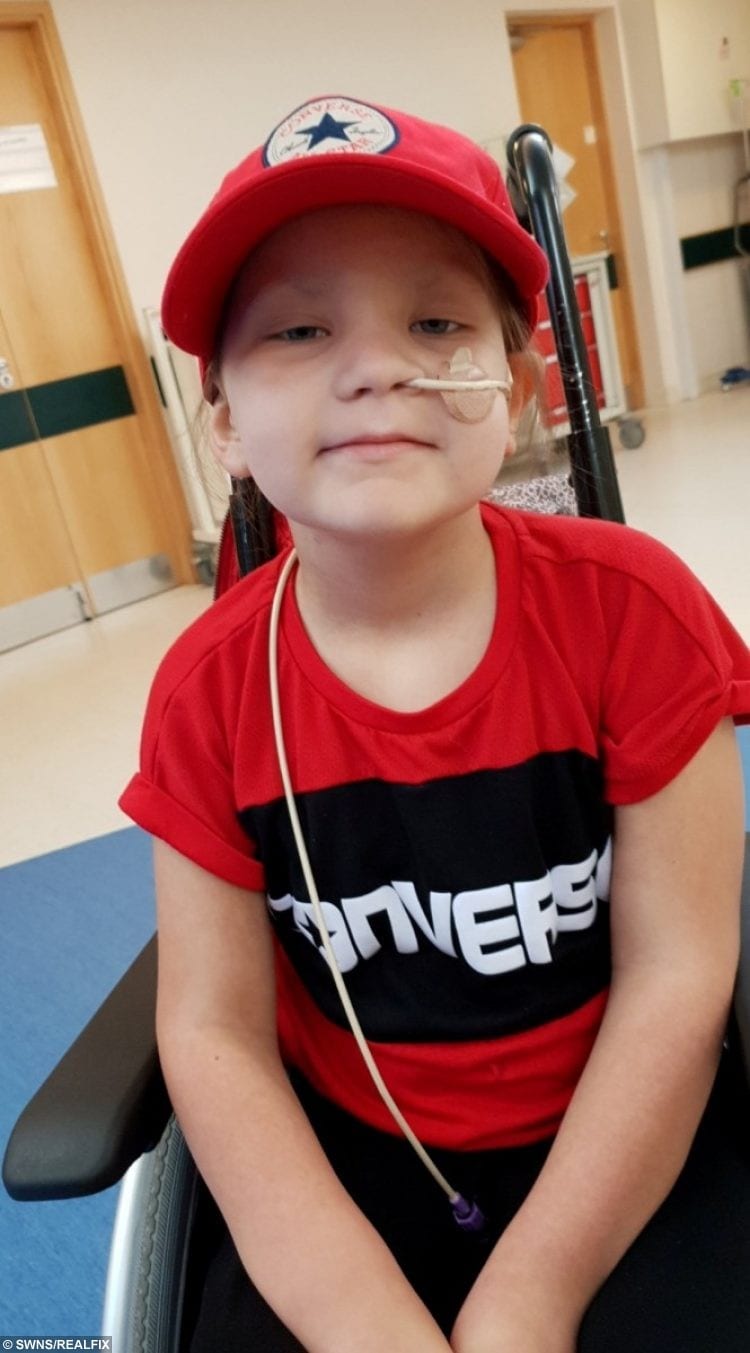 Sue Bushell, Business Manager, Great North Medical Group, which runs Carcroft Health Centre, said: “Our senior partner has investigated this for me, and has confirmed that we acted on this immediately when the problem was brought to our attention.”

Mr Sewa Singh, Medical Director at Doncaster and Bassetlaw Teaching Hospitals, said: “Our thoughts and best wishes go out to Myla and her family during this very difficult time.

“We would invite Myla’s family to get in touch with our Patient Experience Team if they are concerned about any aspects of her care at Doncaster Royal Infirmary.”

How Online Ticket Sales are Revolutionising the Entertainment Industry