Five-year-old is preparing to have her healthy eye REMOVED then popped back in..

A little girl is set to have her healthy eye taken out by surgeons and put back in place - to fix a SQUINT. Brave Chloe Strudwick, just five years old, will be put under anaesthetic before surgeons carry out the painstaking procedure, because whenever she looks forward with her left eye, her right turns inward. Mum Kelly Strudwick, from Ifield, West Sussex, was so Ãfreaked outÃ when doctors told her about the procedure that she decided to put her body through torture as well, and signed up to do her first two marathons over just eight days. Kelly hopes to raise #1,350 for Visually Impaired Children Taking Action (VICTA). See SWNS copy SWEYE for full copy.

A five year-old girl is set to have her healthy eye removed by surgeons and put back in place – to fix a SQUINT.

Brave Chloe Strudwick will be put under anaesthetic before surgeons carry out the delicate op because whenever she looks forward with her left eye her right turns inward. 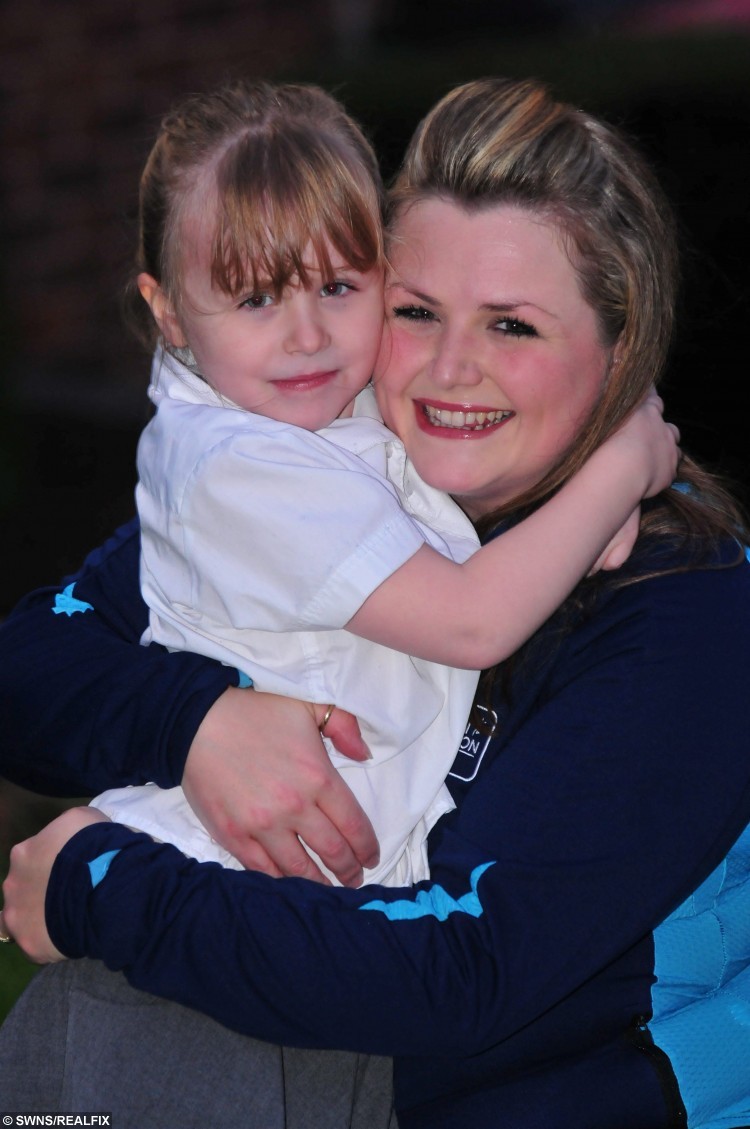 Mum Kelly Strudwick, 28, said: “Chloe has been seeing a consultant for a squint since she was a little girl.

“They thought she would grow out of it but her school nurse has flagged it up with us as an issue again.

“She has trialled wearing glasses for three months in the hope the muscles in her eye would strengthen but sadly it hasn’t worked as they wanted.

“It is all she has ever known but it gives her headaches and she has no 3D vision because her eyes don’t work together as they should to form the view of the world around her.

“She can only see things up close and even then everything just appears to be flat.”

Chloe is on a waiting list for the surgery in the next three to six months.

Doctors will remove her right eye and shorten muscles attached to it before replacing it.

There is also the possibility she may need the same procedure on her left eye if the first operation does not result in them working together as well as they should.

Mum-of-two Kelly added: “Having the doctors warn me of the obvious complications that can go wrong with an operation involving taking an eye out, worst of all losing sight in that eye, massively freaked me out.

“It was only when I was discussing the risks and complications that it ever really occurred to me how truly lucky we are to have the gift of sight, and how difficult it would be to accept that your child would never get to see the colour of the autumn leaves or see their mum’s smile.

“Despite the risks the doctors are very confident and I can barely bring myself to think about the consequences of Chloe not undergoing this procedure.

“Because as she got older the muscle in her eye would get weaker and weaker, making her eyesight even worse.

“She could end up with tunnel vision.” 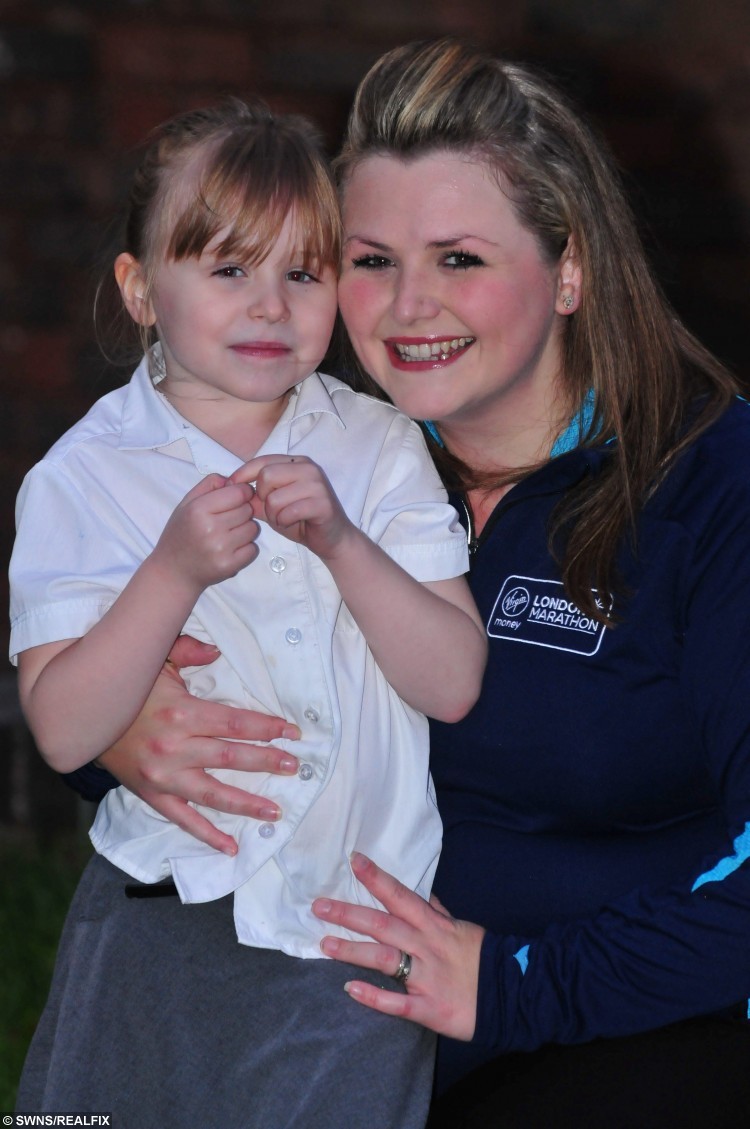 Kelly Strudwick said she was so ‘freaked out’ when doctors told her about the procedure that she decided to put her body through torture as well – and signed up to do her first two marathons over just eight days.

Kelly, from Ifield, West Sussex, is now regularly going on runs and hopes to get her fitness levels up by April to compete in the Brighton and London events.

She added: “I wouldn’t consider myself to be the fittest person so running one marathon let alone two in just over a week would have been a big challenge.

“I’m determined to do it for Chloe and this charity that works so hard to bring colour to the lives of children who live in darkness.” 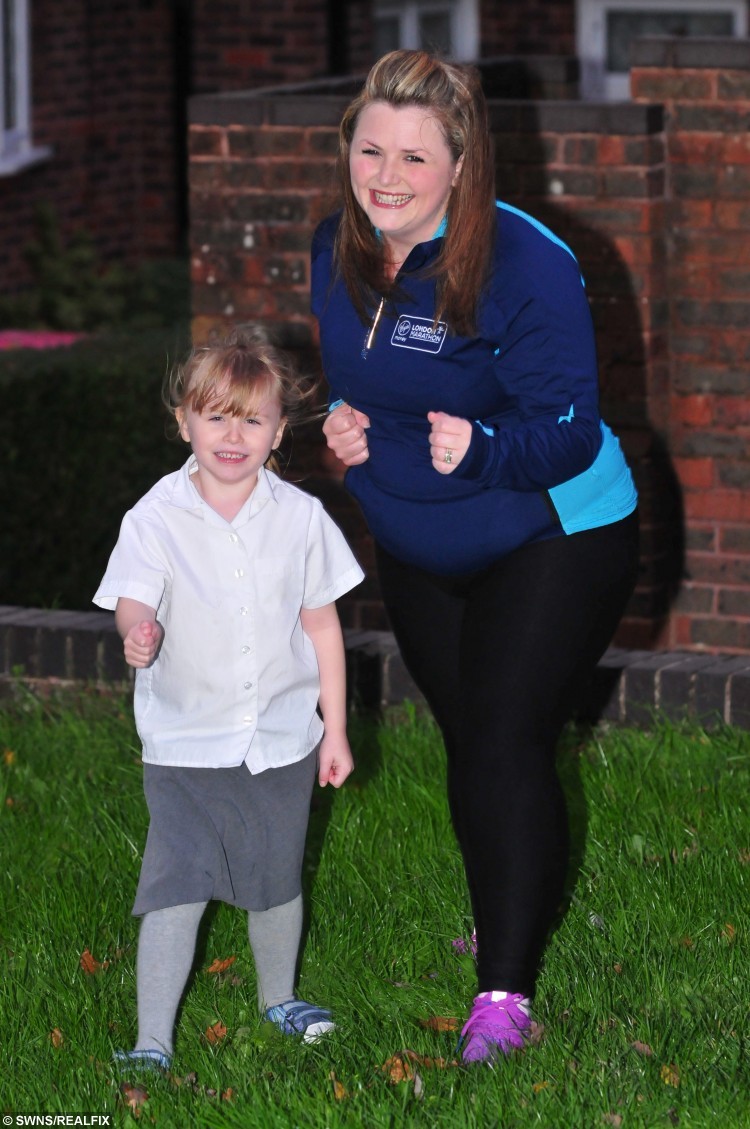 Teen's inspirational fight after 'one in a million' ovarian cancer diagnosis