A five-year-old girl who lost all four limbs to meningitis is refusing to let her disability hold her back – by competing in a half marathon.

Harmonie-Rose Allen moves around on prosthetics after having both legs and arms amputated when she was one year old.

She has now entered the 13.1 mile Bath Half Marathon in Somerset this March.

Harmonie will be pushed around the course by a seven-strong support team – but is determined the run the last stretch on her prosthetic legs.

Her running team, including family members and two of her teachers, has already raised £790 of their £1,300 goal for children’s charity Time Is Precious. 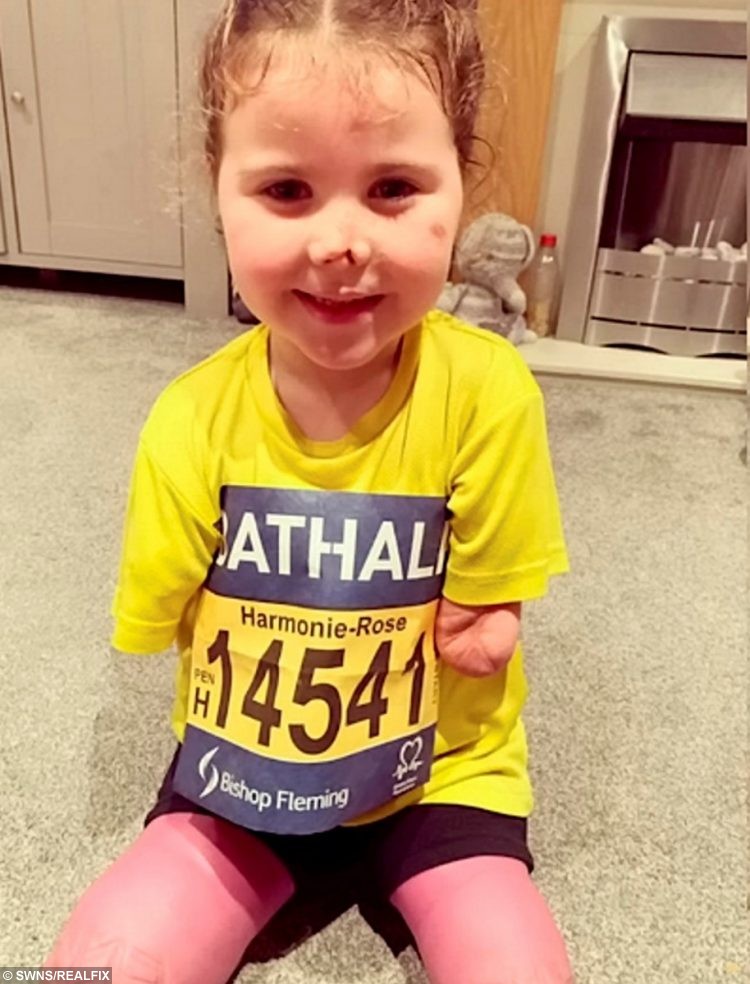 Harmonie’s proud aunty Hannah Hall said: “It is somewhat ironic that we will attempt to push her around when Harms is not the type of person to let anyone push her around.

“Some of us have run a half before and some of us haven’t – we certainly have not pushed a wheelchair around the whole 13.1 miles.

“We are also hoping that Harmonie will be able to get out of her chair and run those last few metres with us – steps the doctors said she would never take.”

Harmonie-Rose, of Bath, was just 11 months old when she was struck down with a rare strain of meningitis which nearly killed her.

She was given a 10 per cent chance of survival but pulled through after having all her limbs amputated in order to save her life.

Harmonie was fitted with a £10,000 pair of prosthetic legs in late 2015 and spent nearly two years mastering how to use them, before taking her first unaided steps in September 2017, aged three. 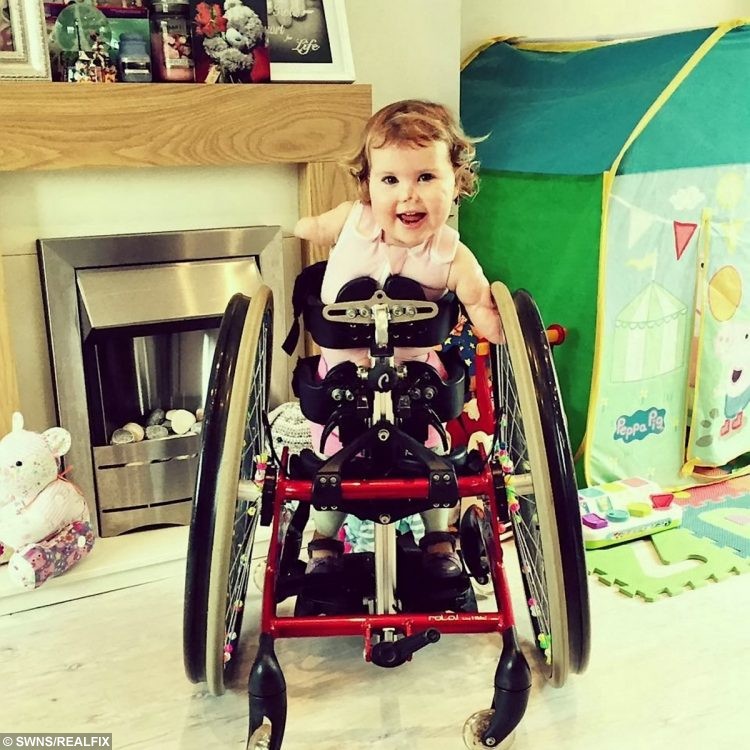 She will need new prosthetics every six to nine months as she grows and will eventually graduate onto legs jointed at the knee.

A host of community efforts are being put on to help Harmonie and her running team meet their £1,300 goal for Time Is Precious before next month.

The theme is ‘This is me, the Greatest showman’ and circus-based fancy dress is optional.

Bath events firm SuperPirates will host a disco in the final hour for dancing, singalong and glitter confetti. 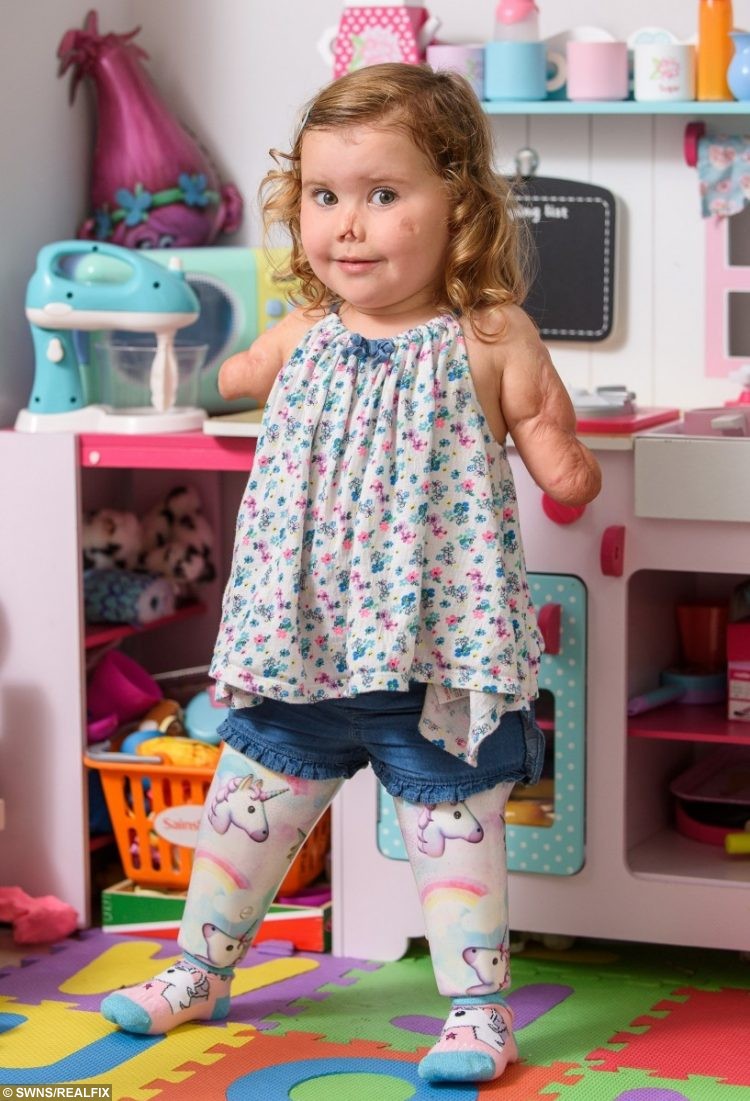 They will be showing their support on social media with posts using the hashtag #harmoniesheroes.

Sainsbury’s in Odd Down will also be supplying food and drinks to be sold for charity.

It costs £2 to attend and the money will go to Time Is Precious. Payment can be made via PayPal: harmonie-rose@outlook.com