Braylen Pence, 5, at Galion Community Hospital after testing positive for METH in the aftermath of an afternoon of trick-or-treating. Galion, Ohio. October 28 2018

A mother has spoken about the terrifying moment her five-year-old son tested positive for METH after an afternoon of trick-or-treating.

Little Braylen Pence suffered a seizure when he accidentally consumed the Class A drug while going door-to-door asking for Halloween candy with his dad.

He was rushed to hospital where urine samples tested positive for methamphetamine, the highly addictive and dangerous substance better known as Crystal Meth. 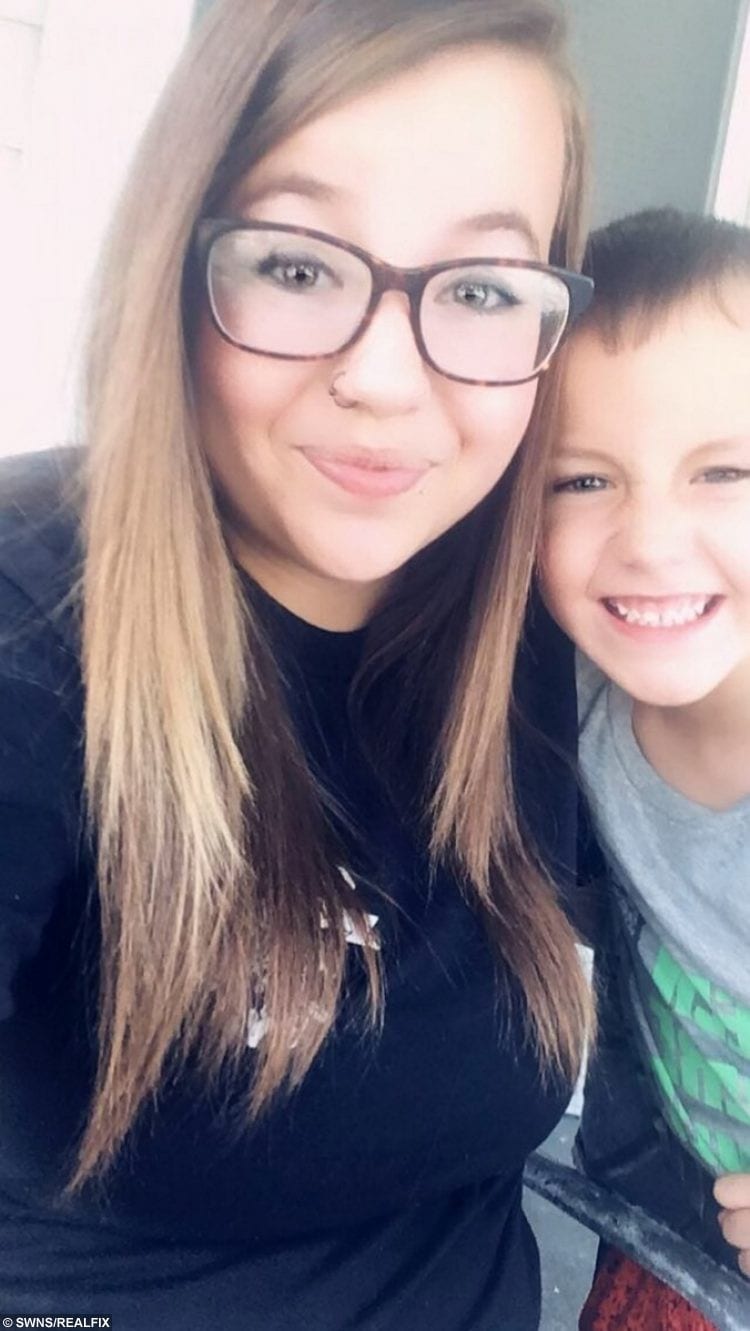 Mum to Braylen and Adalinn, aged 16-months, Julia said: “He was disorientated. He didn’t know who he was or where he was.

“You could tell at the hospital that he was real high from whatever he ingested. He was really wired and kind of aggressive.”

Brylan, who was dressed as a blue ninja, had enjoyed an hour-and-a- half of trick or treating on 28 October with his father Cambray Carwell, 24, a factory worker.

But he suffered a seizure when he returned home with his dad at around 3pm.

Julia said: “When they came inside, my son had a seizure and he couldn’t feel his left arm.

“Cambray took him to Galion Hospital and doctors gave him a CT scan and checked his urine. It tested positive for methamphetamine.” 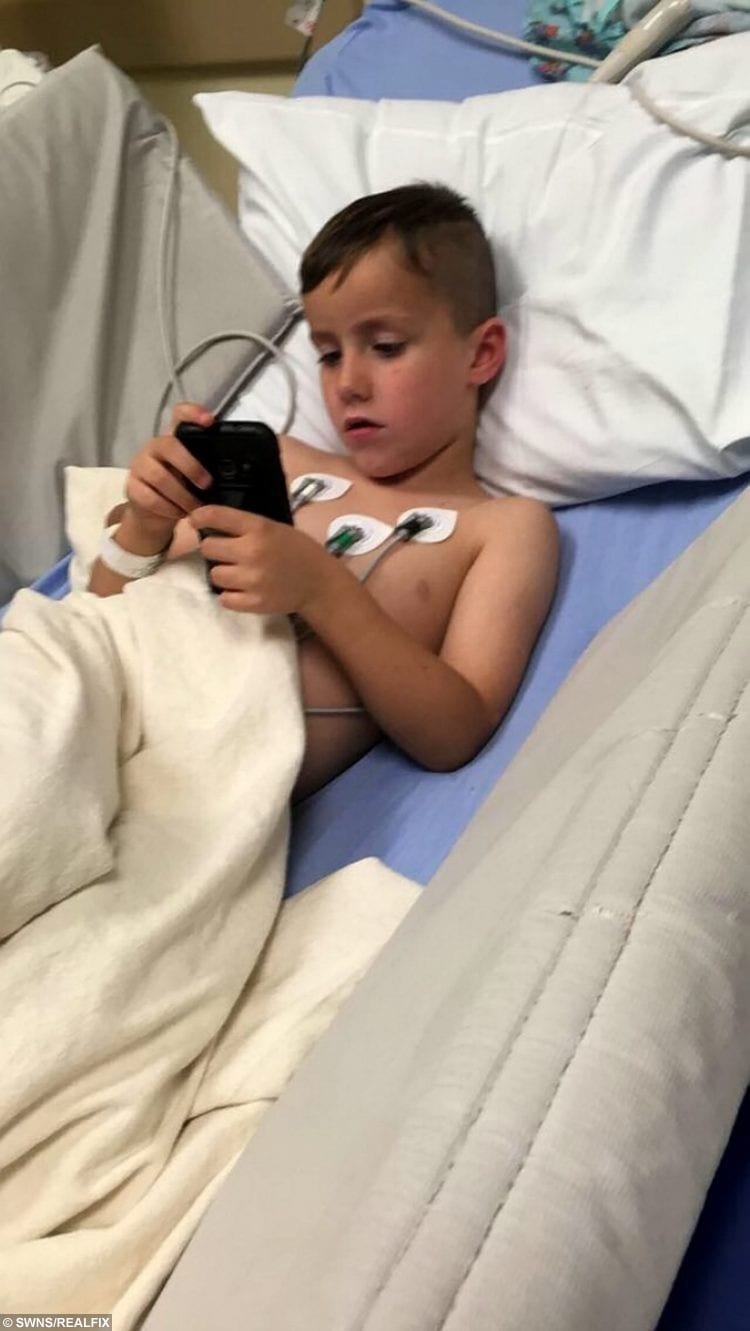 Julia and Cambray, who are now separated, have both struggled with addiction but are now sober.

So the couple were horrified that this could have happened to their son during a family-friendly Halloween outing.

Julia said: “You never expect something like that to happen to your child. I just hope that we can find out where it came from.

“I will never let my kids go trick or treating again.”

She said that cops had confiscated Braylen’s candy and a set of vampire teeth he had been given and was wearing just before his seizure.

She said: “The candy and the teeth are going to a crime lab. We are waiting for the toxicology report.

“I want to warn other mothers to be aware of what their kids are being given when they go trick or treating.” 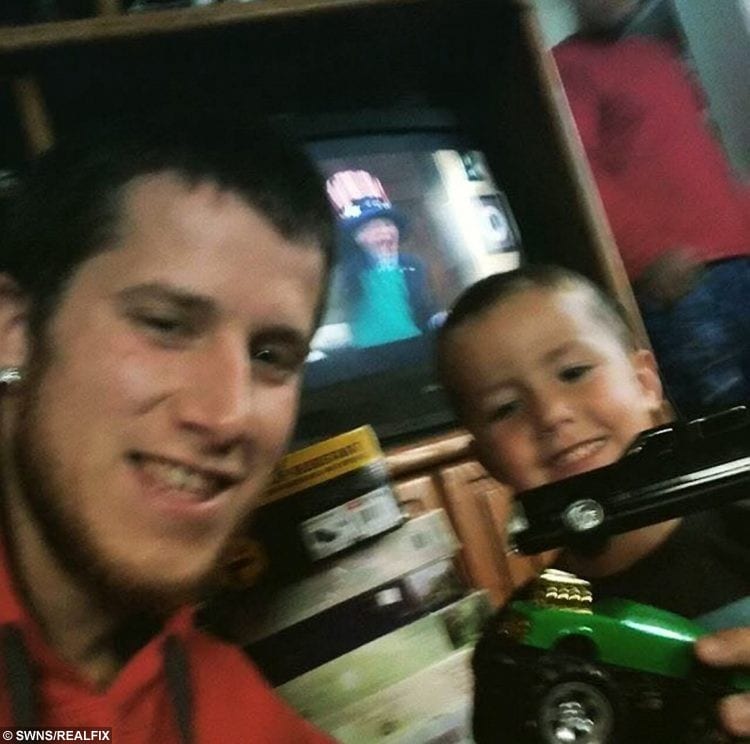 The family were finally able to leave the hospital late Sunday night after doctors monitored Brylan for seven hours.

Julia thanked friends and family for their support in a Facebook post and added that she was lucky her son was safe.

She wrote: “Thank you for those who have spread the word, your concerns for my son and the positive feedback.

“I never thought this would happen to my child, but this is real and there are sick people in this world.

“I’m counting my blessings because it could have been a lot worse or something stronger.

“My baby sure has been a trooper through this whole thing.”

Galion Police Chief Brian Saterfield said: “This is an oddity. This is not something that happens all the time.”