A football-mad ten-year-old who lost both his legs to meningitis is learning to walk again with new prosthetic limbs – that allow him to bend his knees for the first time.

Brave Marshall Janson was once described by a doctor as the sickest child he had ever seen when he caught the devastating disease just days after being born.

After his miraculous survival, Marshall went from strength to strength and even took up playing football and martial arts.

With the use of blades he was even able to train alongside his Tottenham Hotspur heroes and led them out on the pitch during a Premier League match. 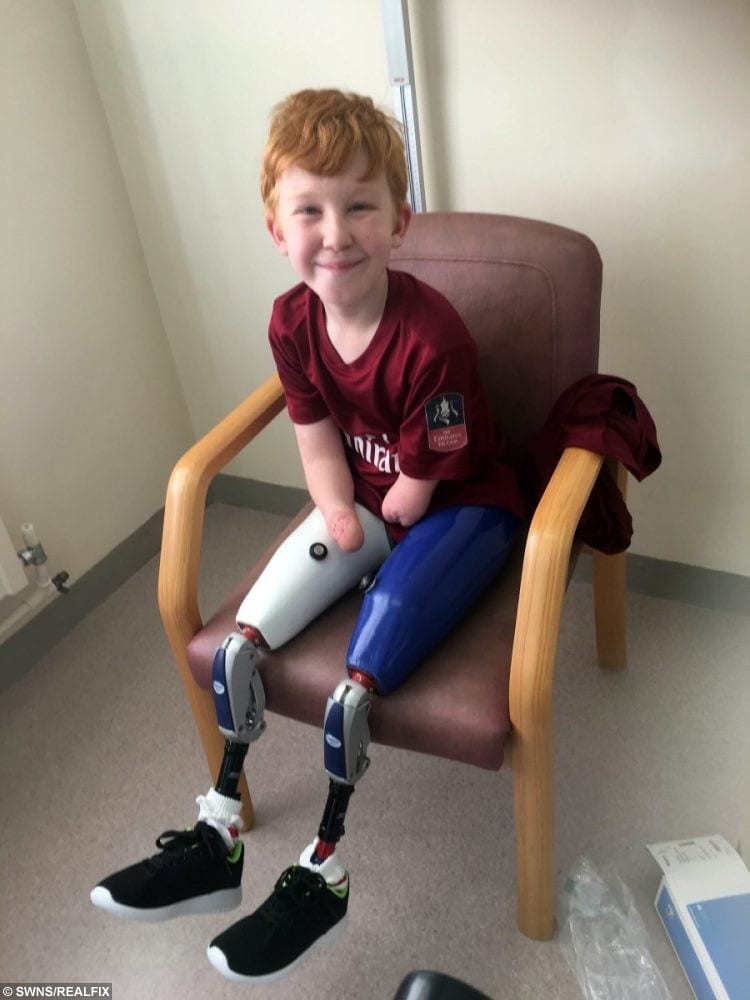 Now Marshall, from Perranporth, Cornwall, has got a new set of prosthetic legs which means he bend at the knee and is learning to walk again.

“I like my blades more because I can do a bit more in them.It is a bit tricky just to get the concentration to walk straight and not swing out with the legs.

“I have to swing out when you walk/run – and then knees, you have to get the bend and try to walk straight instead of swinging out like I’m used to with the blades”.

Marshall faces a lifetime of rehabilitation while adapting to the use of prosthetic limbs.

Because he is so young, Marshall will continually require new prosthetic limbs as he grows.

To put this in perspective, Marshall will require at least one pair of hands, at least once a year, every year until he is 18. 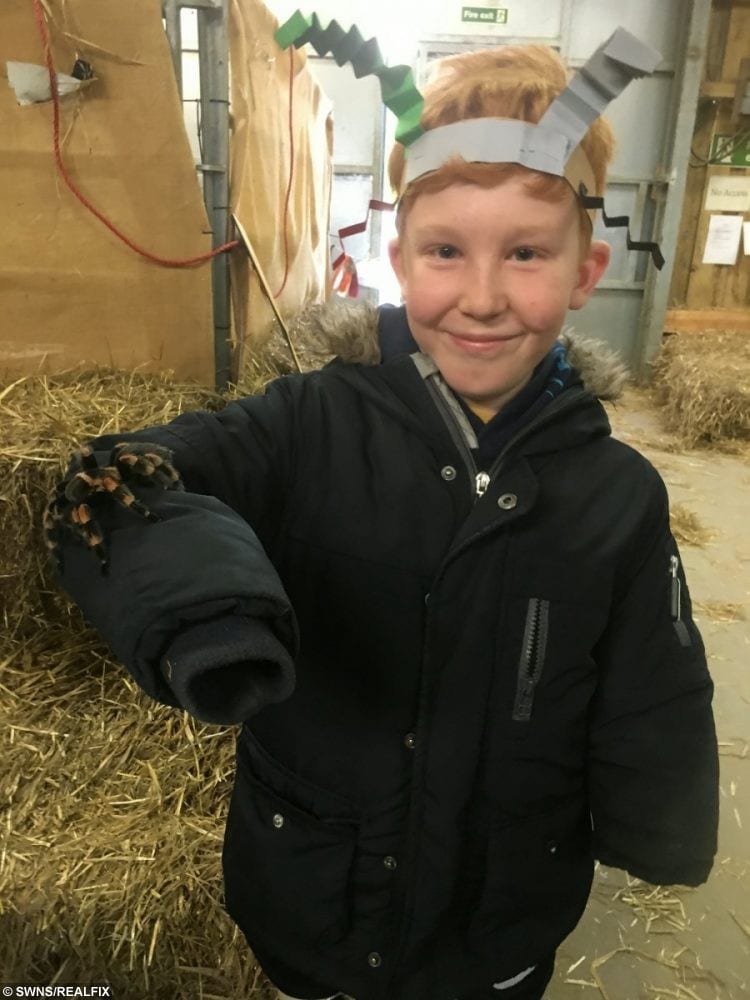 The cost of providing Marshall with a decent quality of life is quite breathtaking – and considerably beyond the resources of his family.The keen footballer and skateboarder was given his first set of prosthetic limbs through the Handstand Appeal.

The youngster was born on December 22, 2008. Four days after his birth – on Boxing Day – his mother noticed a rash on his head and rushed him to the Royal Cornwall Hospital.

Just a tiny baby then, he was declared the “sickest child” a doctor had ever seen.

His vital organs failed twice and doctors had to battle for hours to save him.

He “miraculously” survived but had to have his hands and legs amputated.

Luckily, Marshall escaped brain damage and did not suffer from sight and hearing impairment – something all too common with meningitis.

He has since lived a happy and healthy life with his family but as he gets older he needs to adapt to new prosthetic legs. 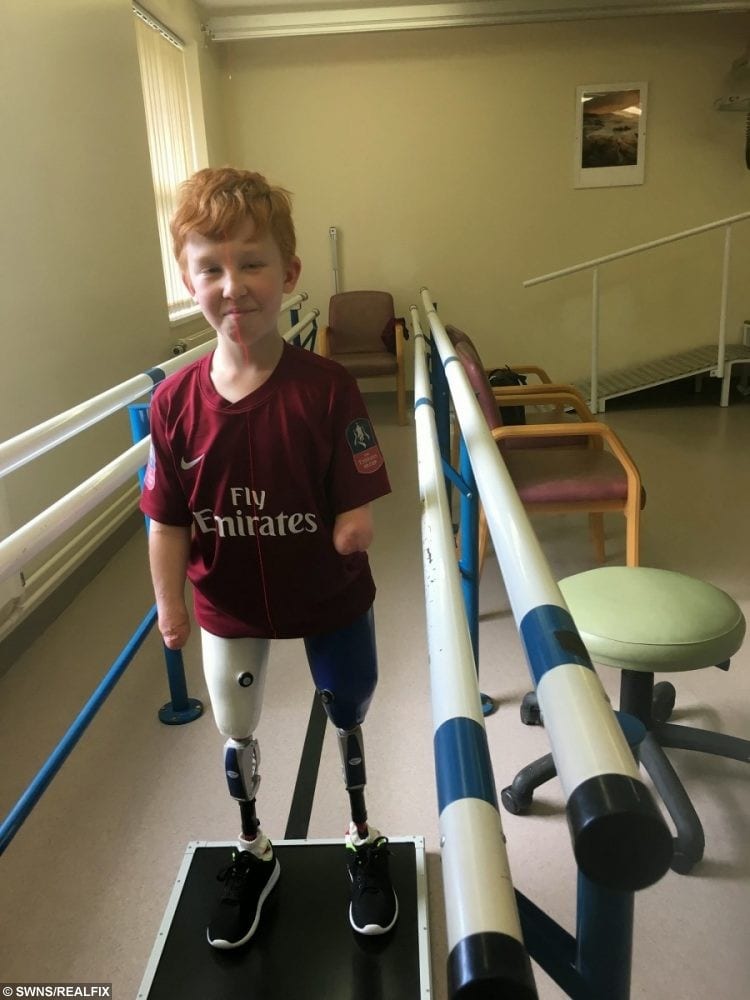 Marshall’s mother, Stephanie, 39, said: “It’s the worst feeling any mother could possibly have.

“We’re just so thankful for Marshall to be able to have the best quality of life. Bouncing around, jumping off sofas and he’s bright and just wants to be happy and playing”.

Pooch Offers A Paw To Hold For Dental Patients With Phobias