The family of a four-year-old with a rare Alzheimer’s-like disorder say he has been given a ‘death sentence’ – after being told there is no money to pay for his treatment.

Harley Bond has Sanfilippo – a rare life-limiting condition that damages the brain and central nervous system.

The condition is currently incurable but Harley was given hope by being offered a place in a trial of a new pioneering treatment.

But his family’s hope were swiftly dashed when they discovered that even if the trial worked – there would be no money available to fund his on-going treatment.

The family do not know precisely how much the treatment would cost but it could be more than £400,000 a year.

Yesterday mum Emma, 36, has hit out at the NHS and the National Institute for Clinical Excellence for cutting funding for rare medical conditions like her son’s.

Emma, a full time carer for only child Harley, said: “Give Harley a chance.

“He’s such a lovely little boy who just wants to play, it’s horrible to know that he doesn’t know the extent of his illness.”

Harley reached all his early milestones and it was not until he was nearly two when Emma became worried he had started to lag behind his peers.

He also had a constant runny nose which his parents and doctors just put down to colds.

After a while they noticed that while sleeping, Harley stopped breathing and was diagnosed with sleep apnoea.

The toddler was referred to hospital where he had his adenoids, tonsils and grommets removed, all of which seemed to improve his hearing and speech.

Unfortunately, this only lasted a short while and by the age of three he was given hearing aids, resulting in a noticeable improvement.

One of Harley’s many doctors identified that the toddler had certain symptoms of a genetic disease and he underwent tests.

In June of last year, Emma and dad Wayne received the devastating news.

Harley was diagnosed with MPS3 – also known as Sanfilippo.

Harley’s father Wayne, 45, said: “His disease is typically known as childhood alzheimers. Harley has a faulty gene and can’t produce a certain enzyme.

“The enzyme is used in your body to break down sugar molecules. These sugar molecules build up in all of his organs, he has an enlarged liver and spleen.

“He also gets a build up in his brain that causes the most damage.

“He has got development delays now but he will lose how to talk, how to walk, toilet training, basically like you would with an elderly person with alzheimers.” 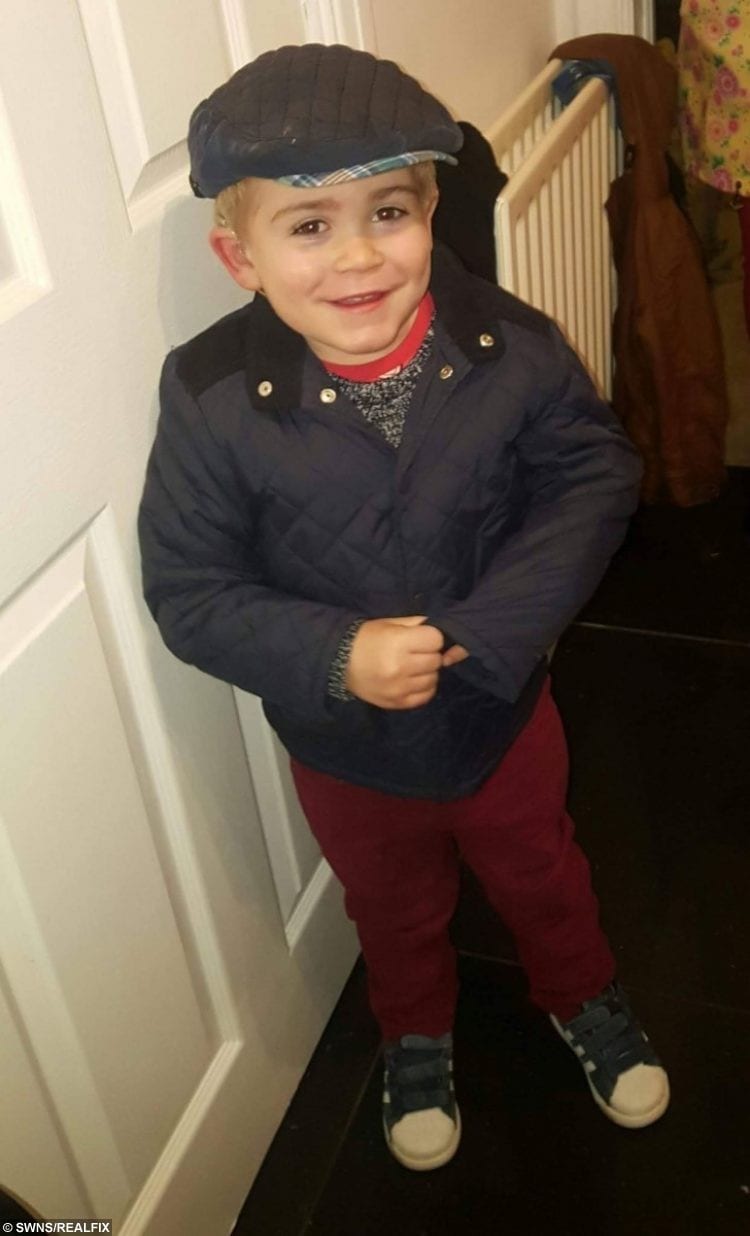 In December, Harley, from Sheffield, South Yorks., was given a chance to go on a trial that up to then only three other children in the world were on.

But now they have discovered a decision by the NHS and NICE means that even if Harley received trial treatment at Great Ormond Street Hospital, his treatment would not be funded afterwards.

Wayne said: “Harley is not on treatment at the moment, he is on a treatment trial.

“We go to Great Ormond Street every three months to help the doctors learn more about the disease.

“Hopefully we can go on a pioneering treatment next year, where Harley will be administered an infusion once a week with the missing enzyme directed into his brain.

“There are only three kids in the world on this treatment at the moment.

“I agree they need to be realistic with funding but you can’t just name a single price.

“What they have decided to do is cap funding and put certain prices on treatments for diseases.

“They have set one of the caps very low, so basically there would be no way that Harley’s treatment would come into the first category.

“The second category of funding goes to a panel who look at the case and decide whether it would be chosen, which is still set far too low.” 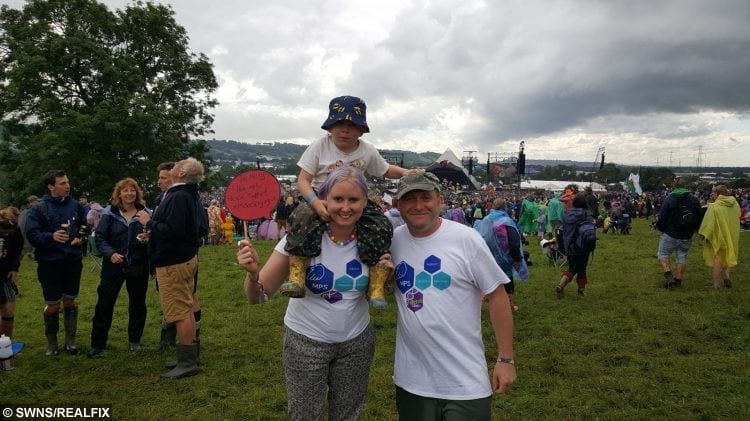 He said: “Harley’s disease is classed as ultra-rare.

“A lot of ultra-rare diseases can cost over £400k a year for treatment.

“There are less than 40 people with Harley’s condition in the whole of the UK. It makes it really difficult.

“I have talked to hundreds of families in a similar position around the world and some children reach their teens.

“We have been told that Harley would start losing some of his skills from around the age of five, he is four now.

“What we are saying is that the funding shouldn’t be capped at a certain price and should be dealt with on an individual basis.

“This decision has not been made by politicians or anyone else, it has been made by men in suits deciding that they are going to cap it. It should be decided in parliament. 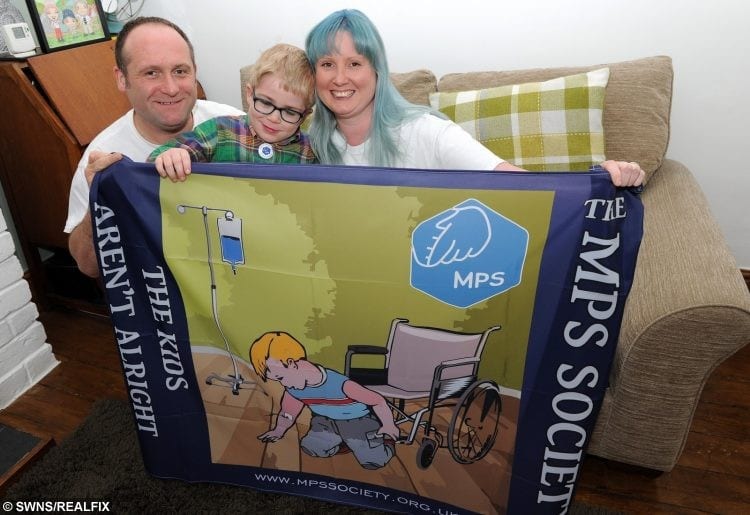 Wayne added that he fears what may happen if the funding remains capped.

He said: “There is no treatment at the moment for Harley and it is all trials.

“If something suddenly starts working they could turn around and say that we can’t afford it.

“There are some very exciting gene trials starting later this year but again it is a very expensive thing. It would probably be over the capping that they have put in place.

“Because the trials are new, how do they know how long it will increase the years of life by?

“What are they going to do, evaluate a mouse?

“We are just coming up to a year since the diagnosis and we have fought the whole way, then you get bombshells like this.”

NICE said drugs for very rare diseases will be ‘evaluated against a sliding scale’ so ‘the more the medicine costs, the greater the health benefit it must provide’ to be approved for routine NHS use.