Samantha Slocombe with her daughter Paige.

A young girl’s life-saving equipment was STOLEN – just hours after it saved her from a major seizure.

Paige Slocombe, five, suffers from a rare condition called Dravet Syndrome and her mother, Samantha, 27, carries emergency equipment with them at all times.

On Monday, Paige collapsed and needed the medical bag, oxygen and resuscitation equipment to save her life.

After using it Samantha, from Okehampton, Devon, put it back in her car, but to her dismay cruel thieves later stole the equipment.

Samantha said: “The prolonged seizure resulted in respiratory arrest and was so serious that it required the Devon Air Ambulance to come out.

“I battled for 15 minutes to keep her airway open and perform CPR until the crew arrived to assist.

“Paige’s seven-year-old sister supported me while on our drive home by holding her hand on her sister’s chest.

“Counting her breaths and letting me know she was still breathing.

“She also threw her on her side and called for my help when Paige was being sick as I went to the car to recover her equipment and bring it inside.” 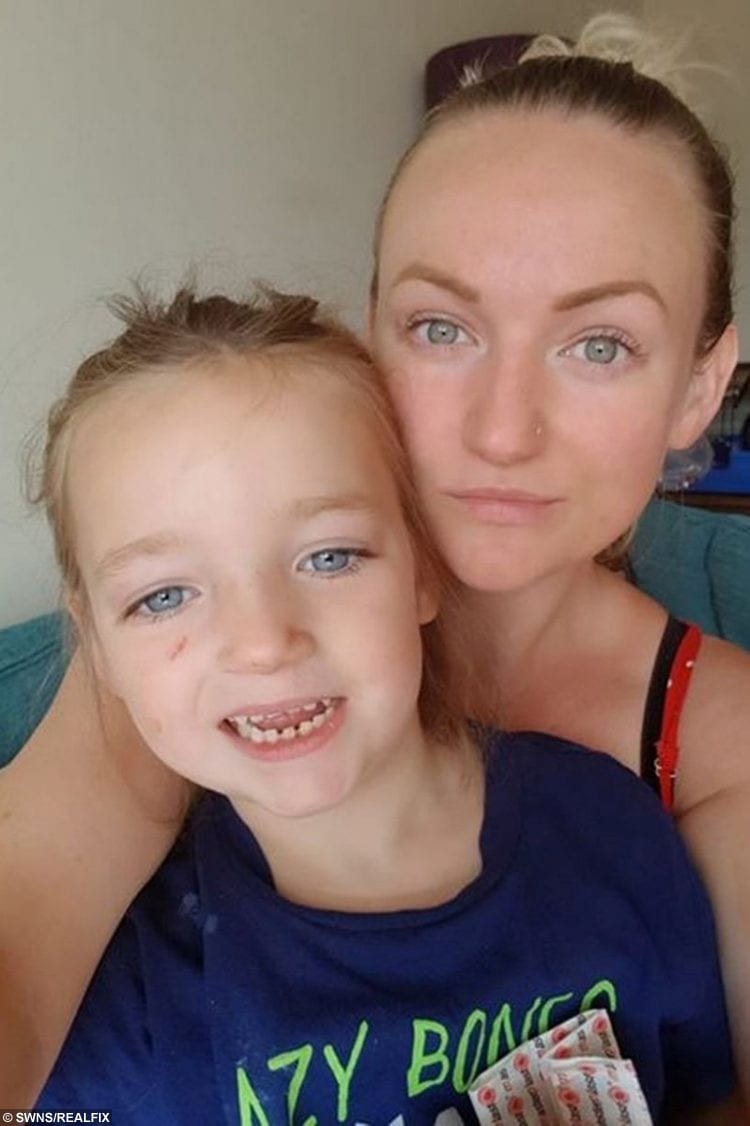 Paige was in such a fragile condition that Samantha failed to lock the car door.

She continued: “I never made it out to the car meaning it was still unlocked during the night.

“My first priority was to care for Paige and that’s what I did before we both fell asleep.

“At 4am we were woken by police who had been called out to a possible break in at a neighbours address.

“Paige’s medical bag, oxygen medicine and equipment had been stolen from my car. They had taken everything.”

Dravet Syndrome is an incurable condition caused by a gene mutation, and affects one in 40,000 babies born in the UK.

Its effects include life-threatening seizures and the need for 24/7 care.

“To take medical equipment – especially stuff that is clearly for a child – is the lowest of the low,” added Samantha.

“Everyone has been really supportive and we’re starting to get the stuff back together.

“But at the moment we’re housebound while we wait for a new portable oxygen cylinder.

“Paige has been amazing thought, she’s so strong and resilient.”