A grandad is appealing for help to find a friend because he can’t carry on his hobby restoring vintage cars – because Parkinson’s has left him unable to hold tools.

Frank Bloyce has spent the last 20 years restoring classic cars but since his Parkinson’s Disease diagnosis, he is no longer able to grip the equipment.

Over the years the 77-year-old has restored a Austin Ascot 1934, a Spitfire, a Gregory, two Reliant Robbins a Madison, a Hillman and a Humber Snipe 80 from 1934.

All the work on the cars was completed on his driveway in Croydon, south London.

But since grandfather-of-one was diagnosed with Parkinson’s – a neurological condition that can cause involuntary shaking – five years ago, he has found restoring his latest car a struggle, and progress has slowed to a stop.

He said: “It’s very frustrating, I used to be able to do all of it, no problem.

“But now I just can’t hold a drill still.

“I feel like I can still do thing, but when I come to do it I find that I can’t do it.

“My arm shakes too much to be able to finish the project.”

Frank says he would love to return to his old hobby though and is looking for someone to help on his current restoration project – a 1952 Sunbeam-Talbot.

So far he has completed the external bodywork, but needs help finish the intricate areas of the interior, upholstery an electrical work. 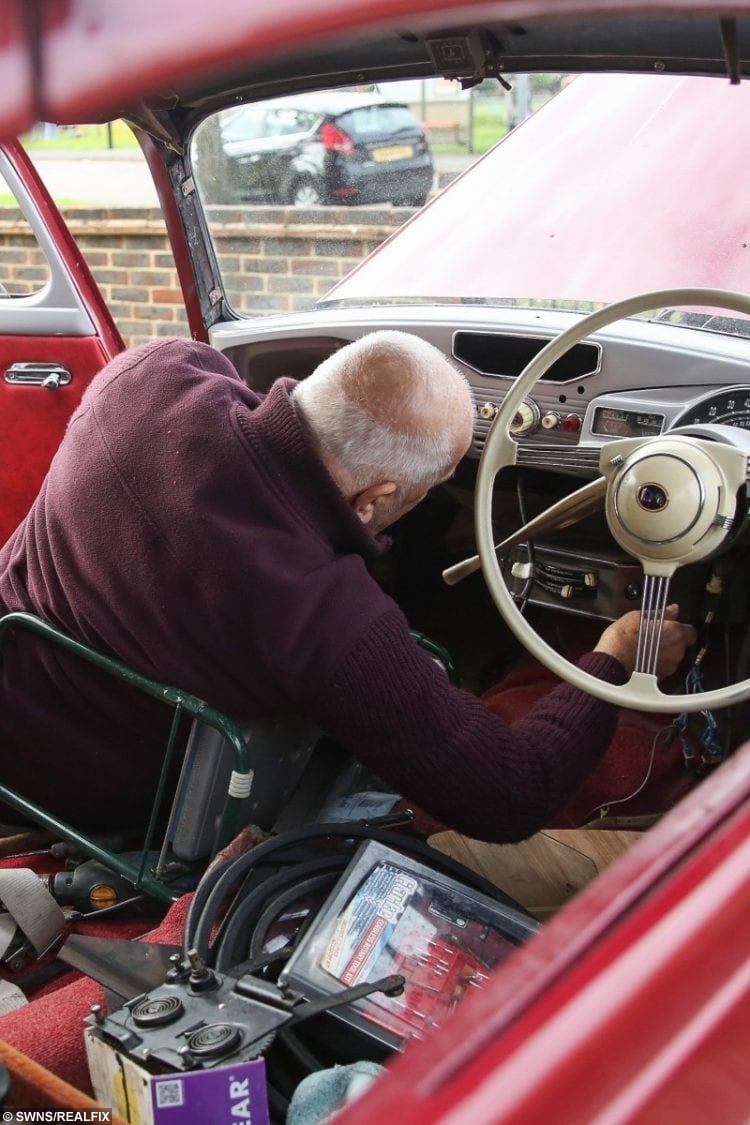 But now he has launched a heart-wrenching appeal for a local fellow car enthusiast to come around and help him with the project.

He said: “I would be very, very grateful of some help. I’ve got a lot of sentimentality with these cars, I put my heart into them.

“But I just can’t do it, I can’t put a nut and bolt together any more, I can’t even use a screwdriver.

“In the past I would never let anything like that beat me, but Parkinson’s has knocked me for six.

“I’m trying lots of different medication, it’s about getting the balance right. I just want to get better to be able to carry on.

“I’ve been working on my latest car for five years, it should have been done by now.” 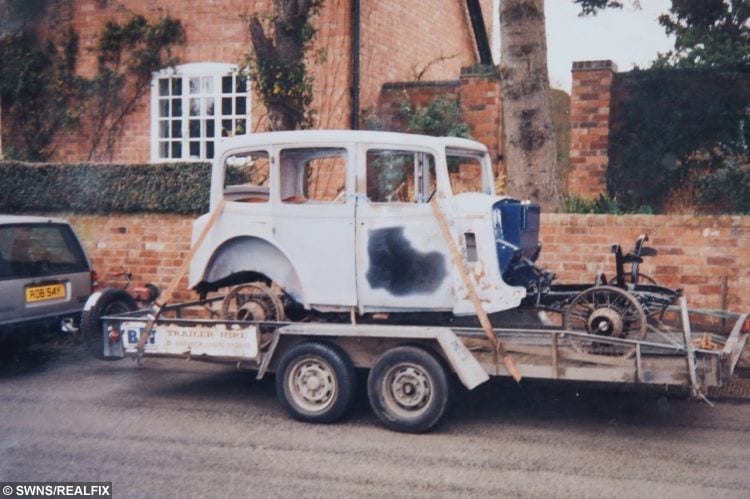 Despite owning two cars, including his Sunbeam, Frank had his driving licence taken away.

Frank’s interest in cars began when he used to visit his grandfather, Bill Taylor, at his garage, where he got his love of old vehicles.

He said: “It’s where the old got in the blood.

“My favourite car was the Humber Snipe, my heart went into that one.

“It needed a special gearbox to be made as no one I took it to had seen it before.”

Frank taught his two sons Steve, 50 and Peter, 52, how to restore old cars, but his children have since moved to other parts of the country and can no longer help.

He added: “Neighbours and kids would stop alongside me and ask questions, they were all interested in it.”