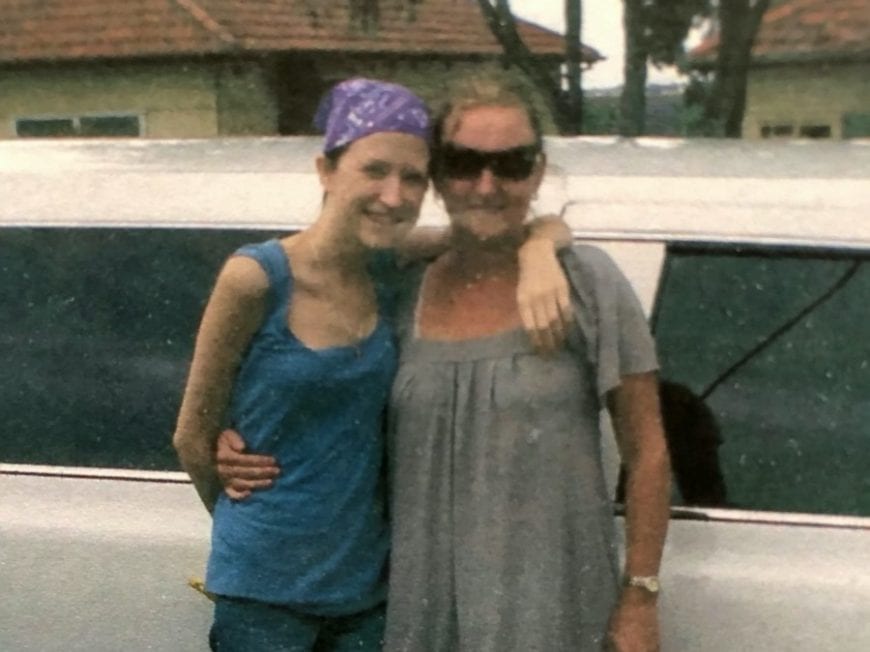 A grandmother has volunteered to give birth to her own grandchild for her daughter who can’t have any more children.

Sherrie Zammit, 49, promised she would be a surrogate for daughter Chloe Simmons, 31, when she had a hysterectomy to survive cancer.

Officer worker Chloe, who has a son, said the decision to choose her mother as the surrogate had strengthened the bond between the pair.

Gran-of-one Sherrie has undergone all the necessary tests ahead of the pregnancy, which would involve Chloe’s egg and her fiance Dimitri Pixomatis’s sperm. 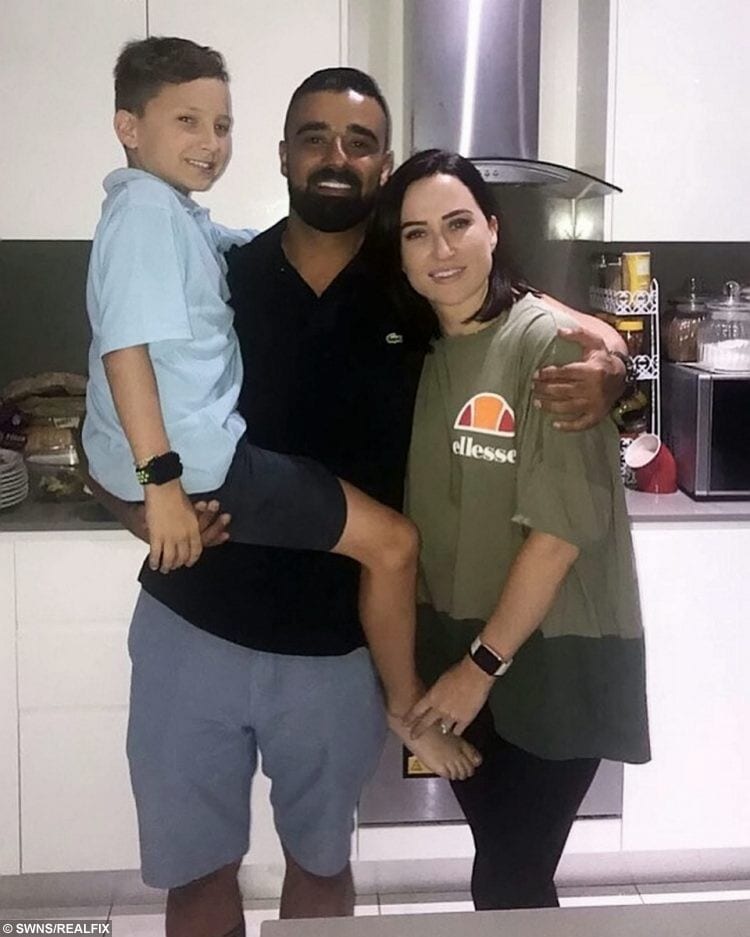 Now the family are raising £35,000 to pay for the legal paperwork and court hearings associated with the surrogacy and are needed under Australian law.

They are in a race against time so Sherrie can undergo the procedure as soon as possible – before her age makes the procedure more dangerous.

Devoted Sherrie, from Gladesville, New South Wales, Australia, said: “I take my role as a mother very seriously and anything I can do to make them happy and if its in my control I will do.

“Chloe fought for her life and I was told to say goodbye to my daughter and to get ready to raise my grandson.

“Chloe came through and fought a very rare cancer. The least I can do is give her life in the form of a grandchild.

“This is my privilege and my honour to be healthy and young enough to give her this gift.” 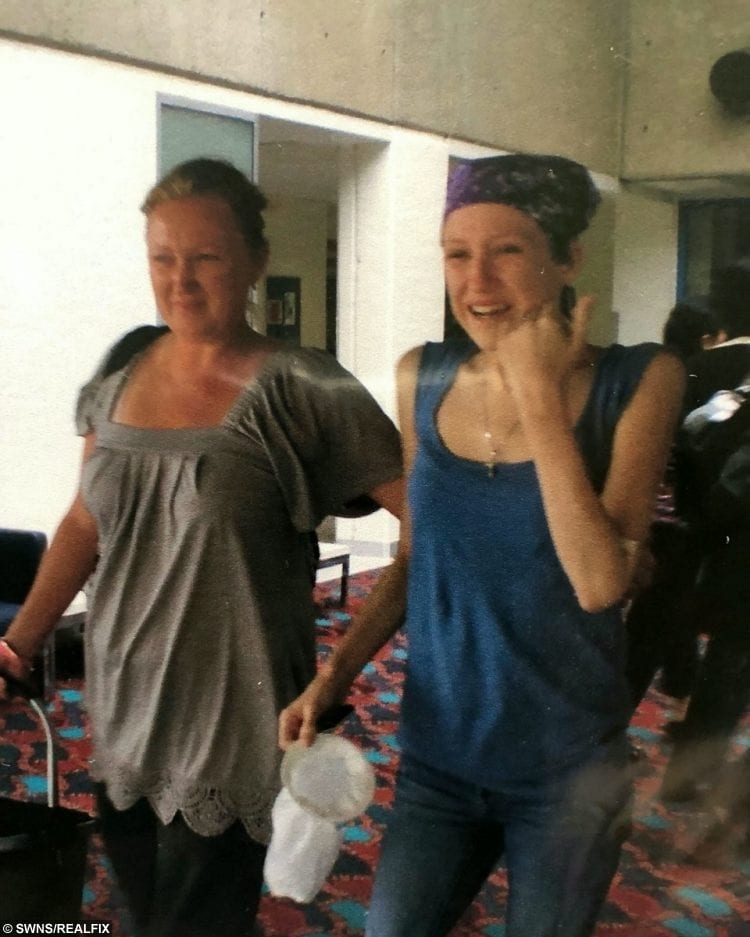 Grateful Chloe added: “We really are incredibly grateful for her offer.

“It really is a race against time. Mum would do anything for us, but I can’t be selfish, so it needs to be done as soon as possible.”

Chloe was diagnosed with placental site trophoblastic tumour after the birth of her son Isaac, now ten.

The rare cancer grows inside the womb from the cells that form the placenta, and doctors said if they didn’t act immediately, she had just weeks left to live.

Just a day after the diagnosis she had a her uterus removed and was told she wouldn’t naturally have any more children.

Her mother immediately promised she would be a surrogate for Chloe in the future.

“It was really, really scary but I knew I had to do it for my son.

“Mum offered to be a surrogate on the spot. She said ‘I will carry your children – you just do what you need to do to get better’.” 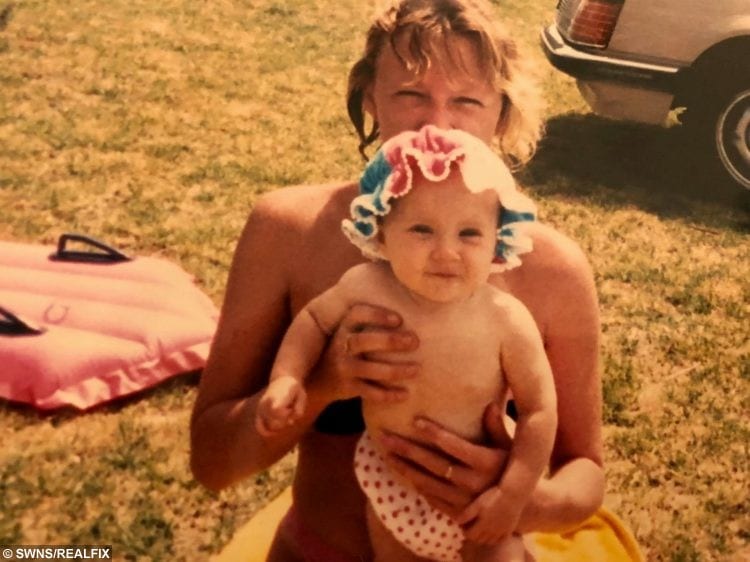 Sherrie Zammit with her baby daughter Chloe in the 1980’s.

Chloe had chemotherapy and spent months battling the disease – spending Isaac’s first birthday in an isolation ward due to her fragile immune system.

She was given the all clear after five years, but told people she only wanted one child because she “didn’t want people to feel sorry for me”.

But when then-single mum Chloe she met her fiance Dimitri, 33, a painter, she spoke to her mum about her offer.

Sherrie and Chloe, who work together in a school office, both had tests, and were given the medical go ahead for the surrogacy.

They plan to use Chloe’s egg, her fiance’s sperm and Sherrie’s womb.

Mum-of-four Sherrie said: “I’ll be baby sitting for nine months so I will be very careful with everything I do.

“The labour will be very emotional with many feelings attached – excitement and a sense of completeness.

“I have had four vaginal births with no problems, but that was 18 years ago.

“But the pain is only short term the love for a life time and what a legacy will I leave behind.”

“All I want is to give my daughter a precious gift. Medical science has worked how to do this, but the government laws are taking this away.

“I understand the law is there for a reason, but our situation is easier then if a stranger carries my grandchild, with the risk of them claiming the child at birth.” 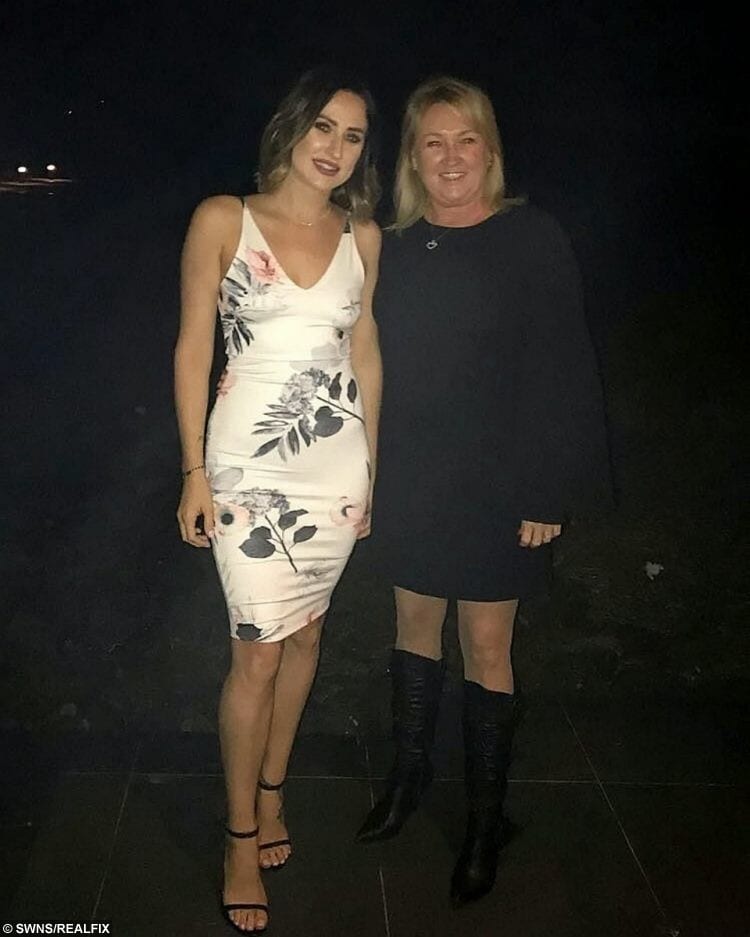 In Australia, IVF isn’t routinely funded by state health providers, and they have saved up the money they need for the procedure.

But laws mean that despite the amicable surrogacy agreement, it requires a supreme Court hearing and two sets of lawyers – totaling an estimated £35,000 ($60,000 AUD).

The older Sherrie becomes the “riskier” the pregnancy is considered, so the family are crowdfunding to raise cash as quickly as possible.

“We are reaching out to the community to help us realise our dream of completing our family.”

To donate to the family, visit: https://uk.gofundme.com/5rdfk8g