These gory images show the injuries a four-year-old boy was left with – after a cast iron railing fell on his head.

Dominic Keegan was left needing major surgery after the metal structure, which had been propped up against a wall, fell on him.

He spent two hours in the operating theatre at Alder Hey Children’s Hospital in Liverpool, Mersyside, having the brutal forehead laceration treated.

The horrendous incident happened as Dominic was walking to the bus stop in Golborne, Lancs., with his mum after school and went off to a nearby shop to buy a drink. 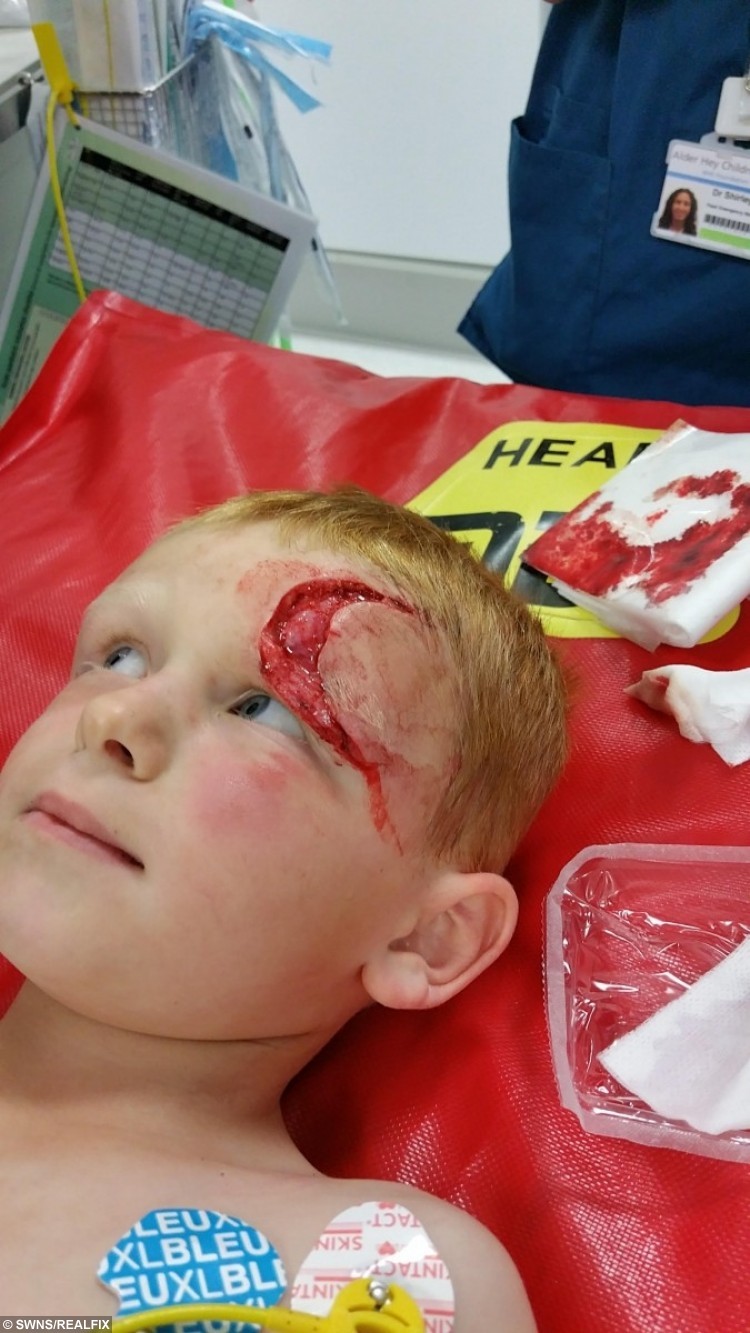 Karoline, 26, said: “I gave Dominic some money and I just turned round to answer my phone when I heard this almighty bang and scream. I turned and my child was under the railing.

“I ran to him but couldn’t lift it on my own. I shouted to a man nearby and he helped me get the gate off Dominic.

“He actually got up and went into the chemist’s shop but he was covered in blood. They laid him down on the floor of the back room with compresses to try to stem the flow and he was screaming and screaming.

“When the ambulance arrived they put him on a spinal board because they were worried he was showing signs of trauma to his back.

“The surgeons had to stitch together some of his nerves. They said they did the best they could but weren’t sure if they got the ones that make him frown or wink.

“He’s got a lot of stitches but we won’t really know how he’s doing until we go back to hospital on Thursday.” 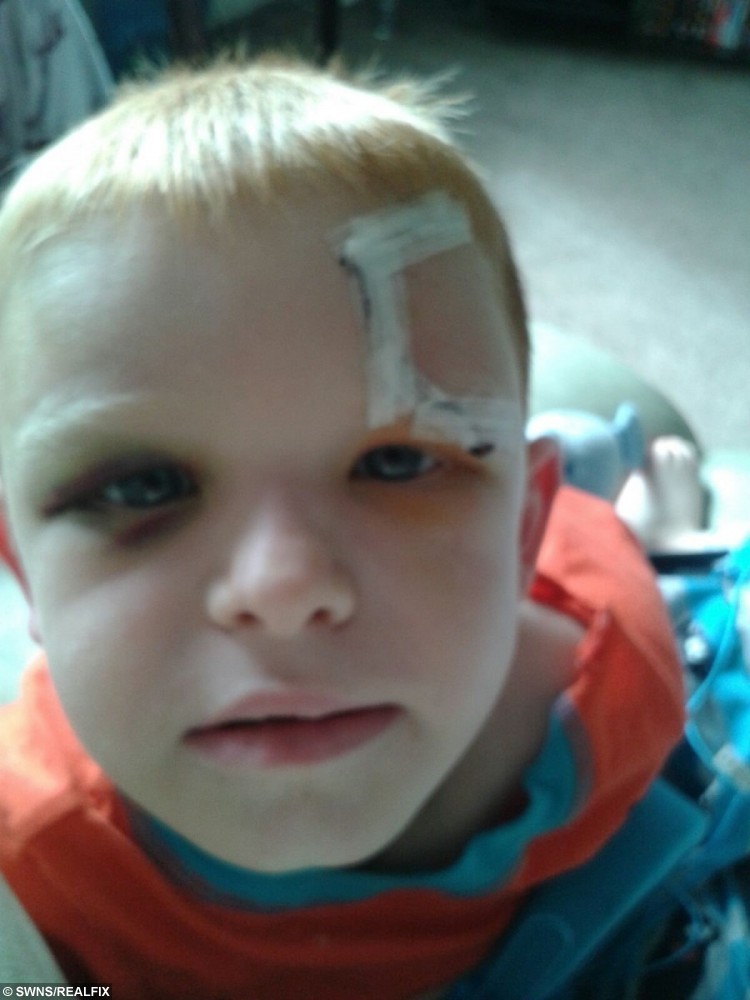 Dominic is now recovering at home in Wigan, Lancs., but has bumps and bruises as well as black eyes. He is also currently unable to move one of his eyebrows.

Karoline says she and her partner Alan are angry that the railing is still there a week after the Golborne Community School pupil was injured. 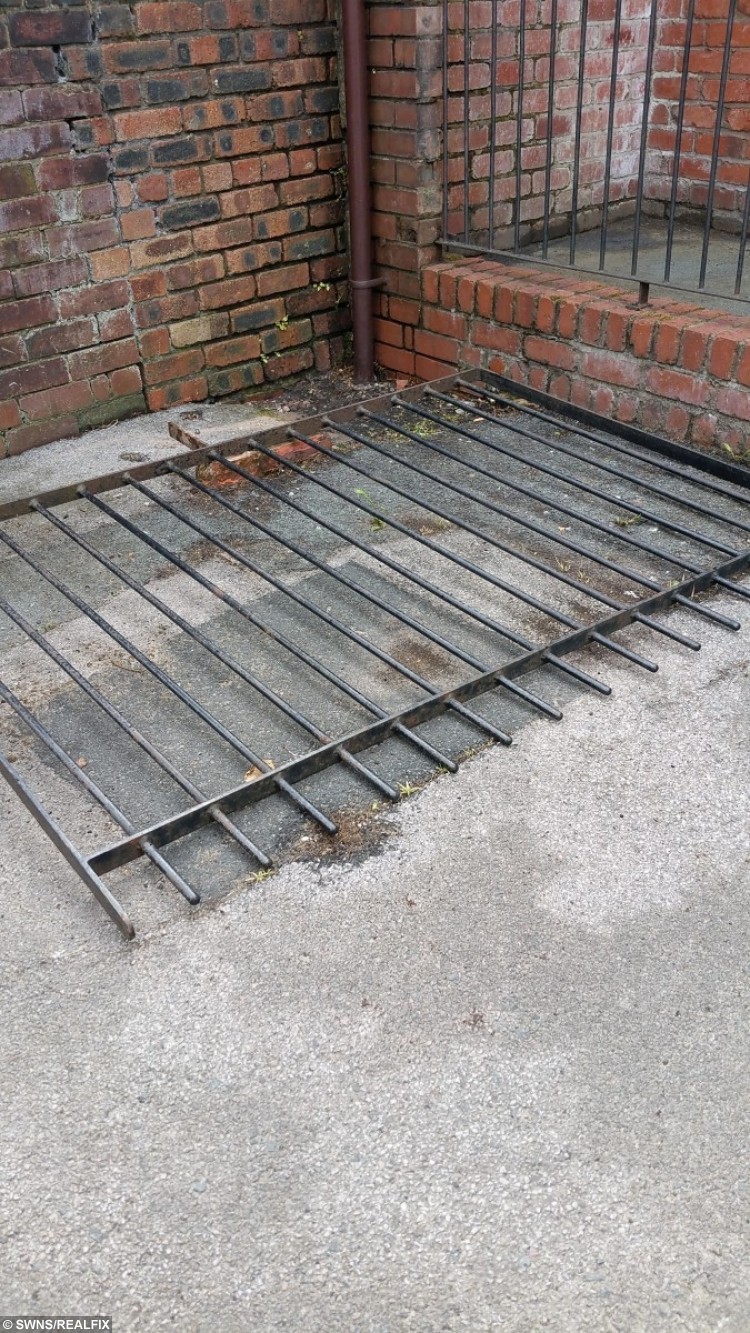 She is now demanding it be moved, especially as she believes it was left propped up for some time before last Monday’s incident, and has been contacting the authorities.

She said: “The chemist’s staff told me they saw an elderly man having to step over it.

They also told me it had been propped there months ago by workmen who were sorting out a bus shelter some kids had damaged.

“I just want it moving.” 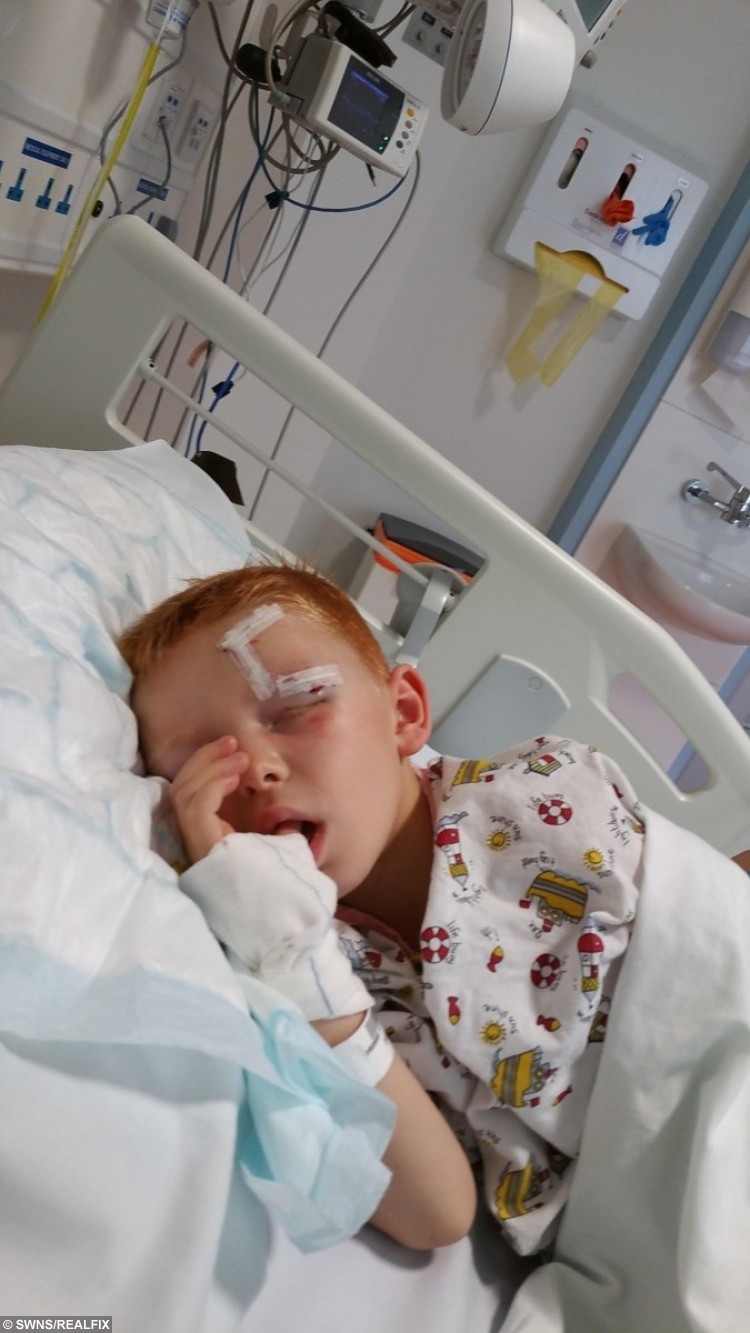 Transport for Greater Manchester, which maintains the region’s bus stops, said it is aware of the incident and has offered to contact Dominic’s family.

A spokesman said: “After being contacted by Wigan Council about this incident, we asked our contractor to visit the bus stop.

“There is no apparent damage to the stop or shelter and we are investigating reports that a loose railing nearby may have caused the injury.

“We wish the boy involved a speedy recovery and will be happy to speak with his parents.”