Kath O'Regan pictured with vet Bradley Cooper who saved her life. See SWNS story SWVET; A visit to the vet saved the life of cat-owner Kath O'Regan. The 50-year-old from Swindon Village had been suffering severe stomach pain for five years when she took her two Siamese cats Shammy and Georgie to Folly Gardens Veterinary Clinic in Cleeve. "I was batting my head against a brick wall," said Kath. "I didn't know what was wrong with me. I thought maybe I had caught something from my cats." As vet Brad Cooper, 41, was inspecting the cats during a check-up, Kath casually explained her symptoms. He added: "I'd read that the symptoms can be associated with things like ovarian cancer. Without trying to be alarmist I suggested Kath ask her doctor for a scan.

A pet owner was saved after she was diagnosed with a huge ovarian tumour the size of a grapefruit – by her VET.

Kath O’Regan, 50, had suffered with severe stomach pain for five years and mentioned it to her vet Brad Cooper, 41, when she took her two Siamese cats to his clinic.

The experienced vet heard her list of symptoms and recognised them from his dealings with animal patients, and suggested she go to her doctor for a scan.

Alarmed Kath underwent a scan and medics discovered a grapefruit-sized tumour and booked her in for an operation.

Two months later she discovered miraculously the tumour was benign, but doctors explained the tumour could have become malignant cancer if left undetected. 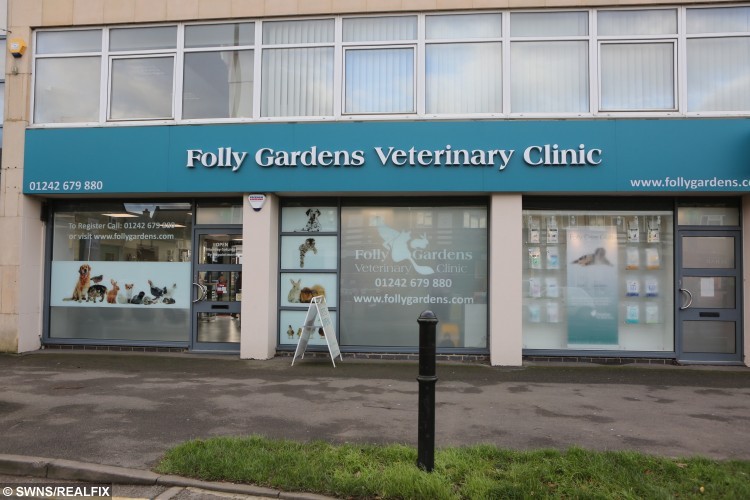 Kath, from Swindon Village, Cheltenham, Glos., has now been given the all clear and has hailed Brad a “super-vet”.

She said: “I owe Brad my life. I was literally banging my head against a brick wall.

“I didn’t know what was wrong with me. I thought maybe I had caught something from my cats.

“It wouldn’t have been discovered without Brad. I would have carried on struggling otherwise. I can really get on with my life now.

Kath took her cats Shammy and Georgie to Folly Gardens Veterinary Clinic in Cheltenham for a regular check up a few months ago.

She casually explained her list of symptoms to practice director Brad, after worrying she might have caught an illness from her pets.

Kath said: “I was bloated. My stomach felt like it was going to explode. I had terrible digestion problems and a loss of appetite.”

The experienced vet of 20 years used his knowledge of animals and suspected it might be a tumour, so strongly suggested she visit her doctor.

Vet Brad said: “People always open up at the practice. Although I’m a vet and not a doctor, the symptoms didn’t sound very normal.”

“I’d read that the symptoms can be associated with things like ovarian cancer. Without trying to be alarmist I suggested Kath ask her doctor for a scan.

“If it was a pet that’s what I would have done.”

Worried Kath went straight to her doctor and had her swollen stomach scanned, revealing a huge tumour on her right ovary.

“I freaked. I didn’t know if it was cancer or not and I had to wait two months until the operation,” she said.

“I wrote my will, packed up my life and organised something for my cats. I honestly thought it was curtains.”

Amazingly the tumour was benign and Kath has been given the all-clear.

“I rang Brad from the hospital,” said Kath. “I wanted him to know it was benign.”

The pair urged people to seek advice from a doctor if they’re suffering from similar symptoms to Kath.

Brad said: “It’s so easy to just ignore things. If you can feel in your body that you’re just not right then it is worthwhile getting checked.” 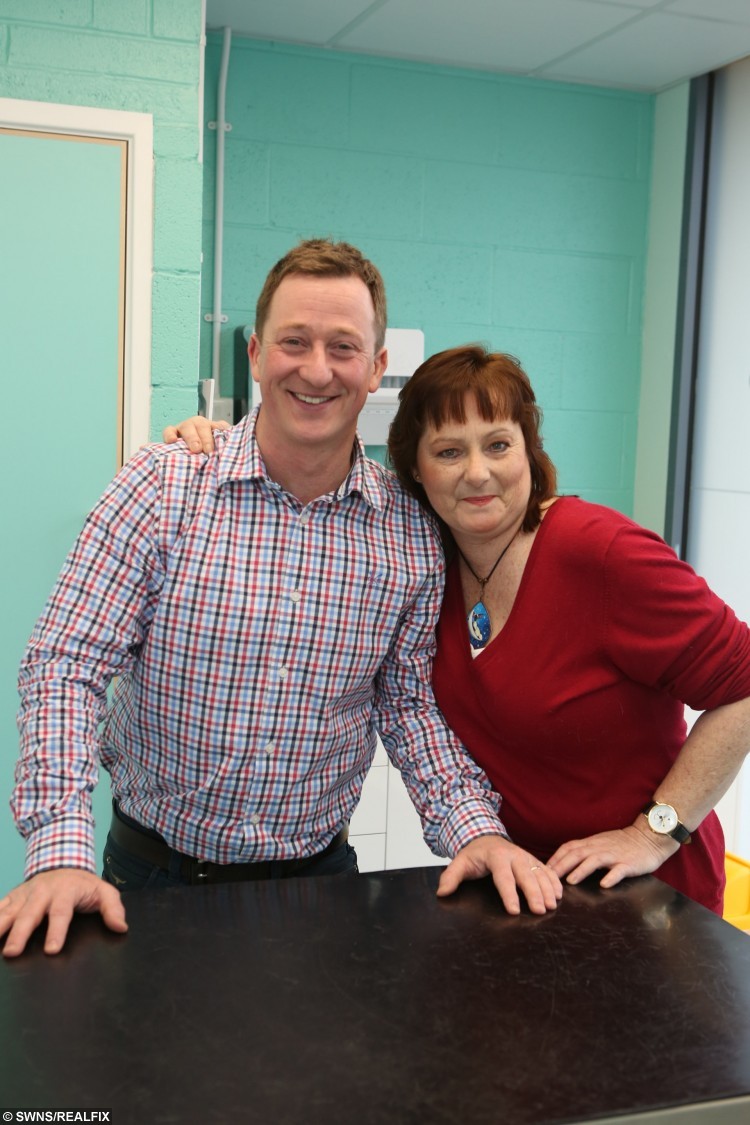