Olivia Diamond from Accrington, Lancs., tragically died after missing vital vaccinations when she caught the flu in October 2014. Olivia has been trolled on Instagram about her being dead. See Ross Parry Copy RPYTROLL : A mother condemned cruel trolls who set up an Instagram account appearing to mock her 12-year-old daughter's death. Tragic Olivia Diamond died four days after catching flu when she missed out on a vital vaccination. But callous social media account 'Bio the troll' was created following her death carrying the comment from user 'Lucy Lucy' : "Really glad that Olivia Diamond died." 4 November 2015.

A mother condemned cruel trolls who set up an Instagram account appearing to mock her 12-year-old daughter’s death.

Tragic Olivia Diamond died four days after catching flu when she missed out on a vital vaccination.

Olivia’s mother Angela said: “It’s disgusting. It’s bad enough that I have got to deal with Olivia’s death but now someone is targeting her online.

“It’s devastating for me to read stuff like that when Olivia’s not here to defend herself.

“I don’t know what to say to the person. The amount of anger I feel that someone has done this is hard to put into words.”

Olivia, from Accrington, Lancs., died from myocarditis, a heart condition brought on by a virus such as flu, in October 2014.

Her death came just days before her school began vaccinating some of its students as part of a Lancashire-wide pilot scheme.

Health care assistant Angela said since Olivia’s death many people had been supportive, with a memorial held last month at her former school.

Andrew O’Brien, Accrington Academy head teacher, said: “Over the past year we have worked extremely closely with Mrs Diamond to remember and celebrate Olivia’s life.

“The students at the academy have chosen to remember Olivia through charity collections, songs and periods of reflection. We have been very proud of the way that students have responded and coped with losing one of their friends.

“I have no doubt that my students will continue to support each other and respectfully focus on the positive impact that people bring.

“We do not tolerate any student falling below our high standards and work with students and parents to reinforce this on a daily basis.”

Peter Britcliff, councillor from Hyndburn, Lancs., said: “You hear some shocking tales from the internet and I don’t think they come any more shocking than this.

“It’s absolutely disgusting that someone would do this. I think this person is a coward who is hiding behind the anonymity of a keyboard.

“My thoughts are with Olivia’s family. This is the last thing they need.”

Angela said the ‘disgusting’ online comment is not the first time her late daughter has been trolled.

The grieving mother has revealed how shortly before 12-year-old Olivia’s memorial service last month, she discovered a cruel troll had written the words “Good Olivia Diamond died, I hate her so much” on her desk at school.

Angela said: “I thought it said, ‘I love you Olivia Diamond’, and then I realised it said something very different.

“It was scrawled over her desk with absolutely no respect for her memory.

“Of course it upset me, I’m her mother, but the whole thing has affected many more people too, she was a very popular girl.”

Angela believes the same culprit is behind both comments and she suspects it is likely to be a pupil at Olivia’s school.

“I believe it’s got to be a child at school but whether they’re five or 13, it’s not acceptable,” she said.

“Parents need to be keeping a better eye on their children and instilling in them that these comments are incredibly hurtful.

“Olivia is not here any more to defend herself so I have to defend her, and I will do that if it stops these awful things being said.” 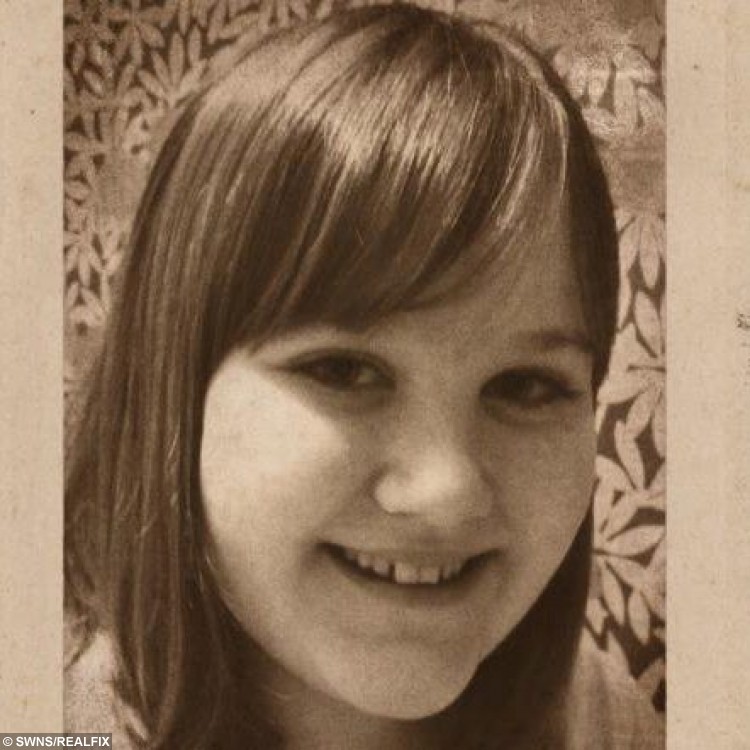 Although Accrington Academy looked into who was behind the abuse written on the desk Angela believes more could be done by the school to try and find out who is behind it.

She said: “I do work with the school and they have tried to do what they can but I think more could be done.

“While children are at school, they should be made accountable, because once they get home and get online, it’s very hard to monitor what they’re doing.

“I just don’t understand what people get out of saying such horrible things.”

Angela said that when she discovered the online comment on Sunday, the Instagram account had four followers, but this increased to five after she reported the matter to the police.

She said: “It changed on Monday after children had finished school. That’s another reason I think someone at school is behind it and I’m worried they’re trying to get more people on board.

“I don’t think it’s just Olivia they’re targeting, there’s probably others as well but we have to do everything we can to stop it”. 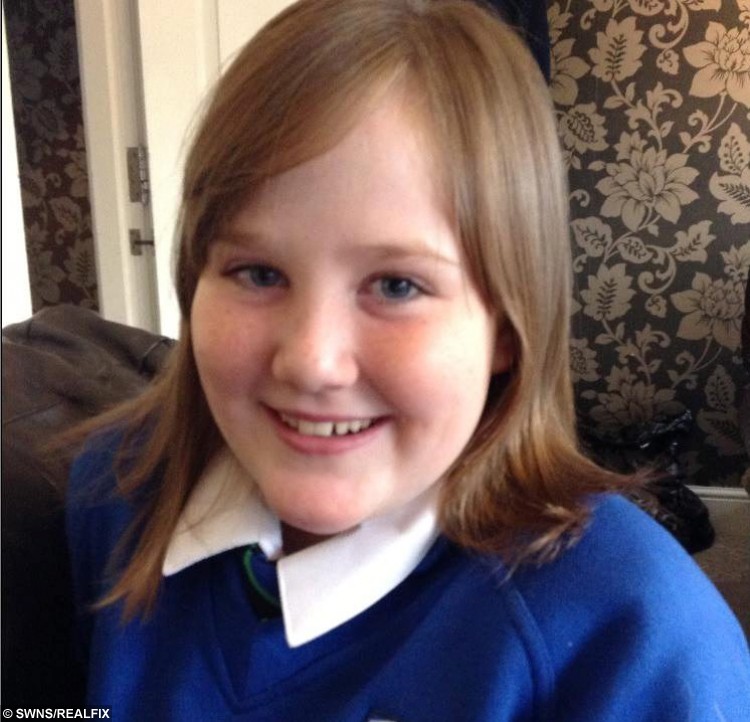 A Lancashire police spokeswoman said: “I can confirm the incident has been reported to us and we are looking in to it.”

A spokeswoman for the NSPCC said: “It is vital that people report these types of pages to Instagram as inappropriate using their reporting system.

Instagram’s terms of use indicate that users may not post violent, nude, partially nude, discriminatory, unlawful, infringing, hateful, pornographic or sexually suggestive photos or other content via the service.

To report hate accounts, harassment or bullying on Instagram, visit the Hate Accounts section at instagram.com and fill out the harassment form.

Toddler survives being kicked in the head by a horse