This heartbreaking picture shows Donna Ormondroyd laid beside her six month old daughter as she lies in a coma in hospital. See Ross Parry copy RPYCOMA : Tragic Donna Ormondroyd has been in a vegetative state since she collapsed at home three months ago, leaving her husband and six children in despair. Husband Gregg, 29, is struggling to cope as he keeps a constant vigil at his soul mate's bedside, all the while looking after their four children, Blake, five, Rocco, three, Savannah, two and Honey, six months. The family's life was turned upside down when she was found dead by her eldest daughter, Kelsey, 16, at their home in Tyersal, Bradford, West Yorks at 10.30am on August 18. It was just two days after their first wedding anniversary. Baby Honey, who was just 14-weeks at the time, was still on her mum's chest, after just being breastfed.

This heartbreaking picture shows a six-month-old baby girl – next to her mum who lies in a vegetative state in hospital.

Tragic Donna Ormondroyd hasn’t been able to communicate with her family since she collapsed at home three months ago, leaving her husband and six children in despair.

Husband Gregg, 29, is struggling to cope as he keeps a constant vigil at his soulmate’s bedside, all the while looking after their four children, Blake, five, Rocco, three, Savannah, two and Honey, six months, and his two step-kids Kelsey, 16 and Harvey, 13.

The family’s life was turned upside down when she was found dead by her eldest daughter, Kelsey, 16, at their home in Tyersal, Bradford, West Yorks at 10.30am on August 18.

It was just two days after their first wedding anniversary.

Baby Honey, who was just 14-weeks at the time, was still on her mum’s chest, after just being breastfed.

Paramedics called to the home fought to save her life and managed to bring her round by the time she arrived at the hospital in an ambulance.

But she had been dead for a staggering 70 minutes, causing extreme damage to her brain.

Grieving Gregg said: “Usually paramedics only do CPR for 20 minutes, but I think they saw the photos on the wall of our family and saw Honey here and kept on going.”

Doting mum Donna had collapsed at home the day before and had gone to hospital.

Despite having fast heartbeat she was sent home, thinking exhaustion of looking after a young family was to blame.

But the next strike the following day was fatal and she fought to survive from the brink of death for the next few days. 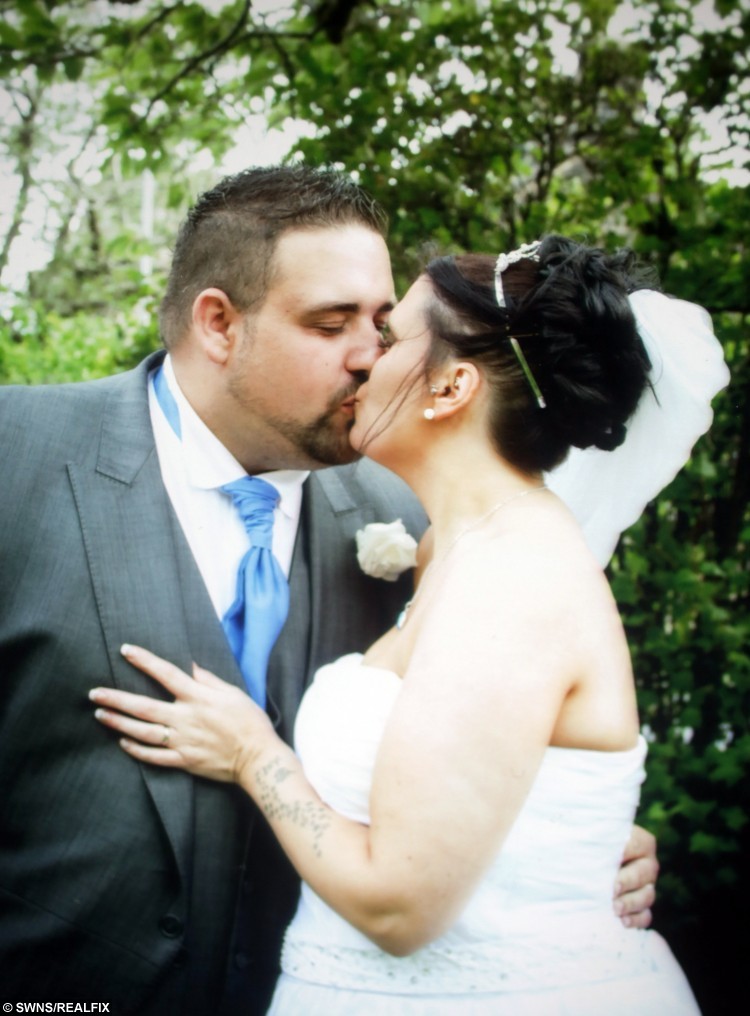 Gregg prepared himself to lose the love of his life, but was astounded that she continued to hold on, over time coming off a ventilator and starting to breath for herself.

Donna is now awake and lays with her eyes open, though she cannot move, walk or talk.

Distraught Gregg, who has since given up his job as a bus driver to look after his family, said: “They kept telling me I ought to switch the machine off but I couldn’t do it.

“I had to go home and look after our children. How could I let their mum go without a fight.”

Over time Donna has astounded doctors by growing stronger within her own body.

But Gregg says that, sadly, she is probably as well as she will ever be.

The family visit Donna, with Gregg going every day, at the hospital where they chat to her and give her cuddles.

“Sometimes, when I ask Donna to blink if she can hear me, she will, although her reactions are delayed,” said Gregg.

“We actually don’t know how much she can see or hear. She might be completely blind for all we know. Her eyes react to light but we don’t know if her brain reacts to what she can see.”

Donna’s family visited her on her 35th birthday is hospital in October, along with her twin, warehouse manager Daniel Rhodes, where they had balloons, presents, a cake and sang Happy Birthday.

Doctors have done all they can for Donna, the next stage would be for her to be placed in a nursing home – something Gregg refuses to do permanently.

He said: “I want Donna to come home now. I’m hoping that being home with us, having her kids around her, and having stimulation, will bring her on a little bit more.

“I know life will never be the same but each day we see a little more, she moved her fingers the other day.”

“I want her to come home with us, so she can be with us and watch her children grow up.”

“I’m hoping it will also free me up some time so I can be with my children, so I’m not spending so long travelling to and from a hospital or a nursing home.

“I will not switch off that machine while she is holding on for life. I now know what it means to be a mum and how much her body went through to have our four children. 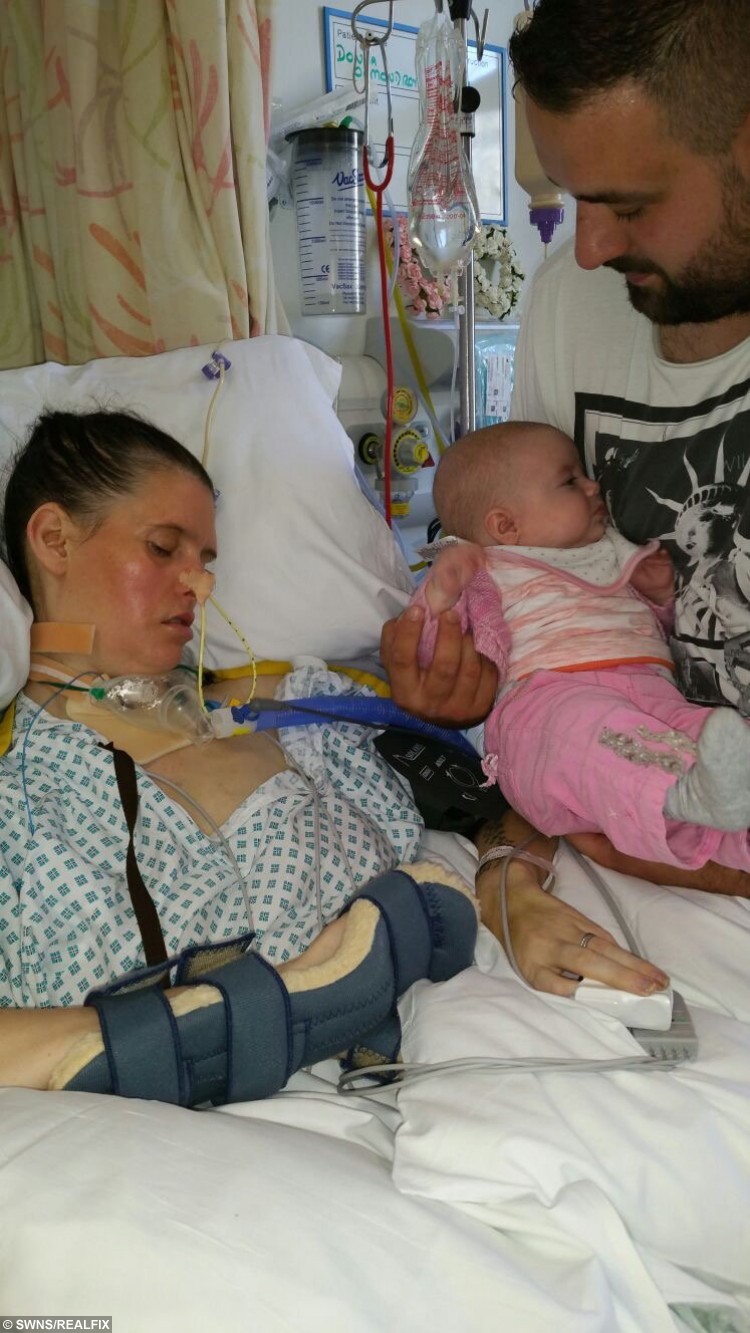 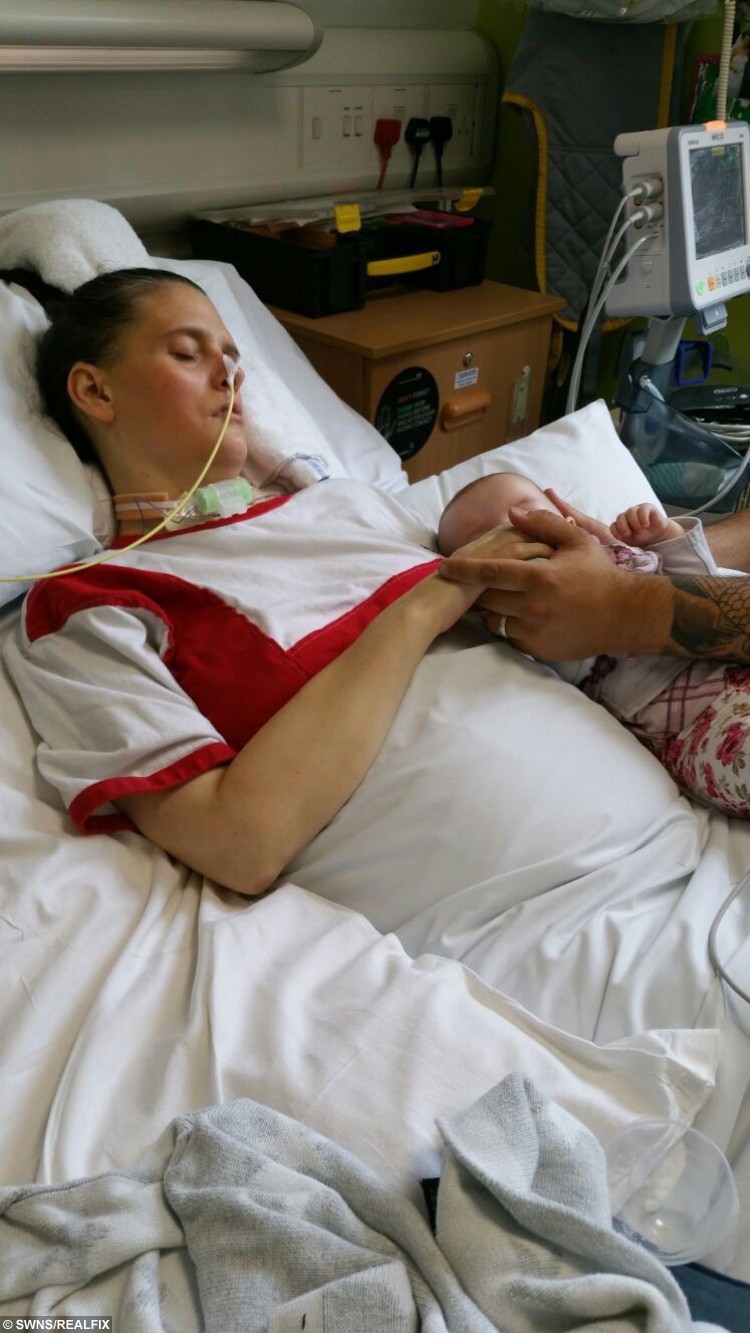 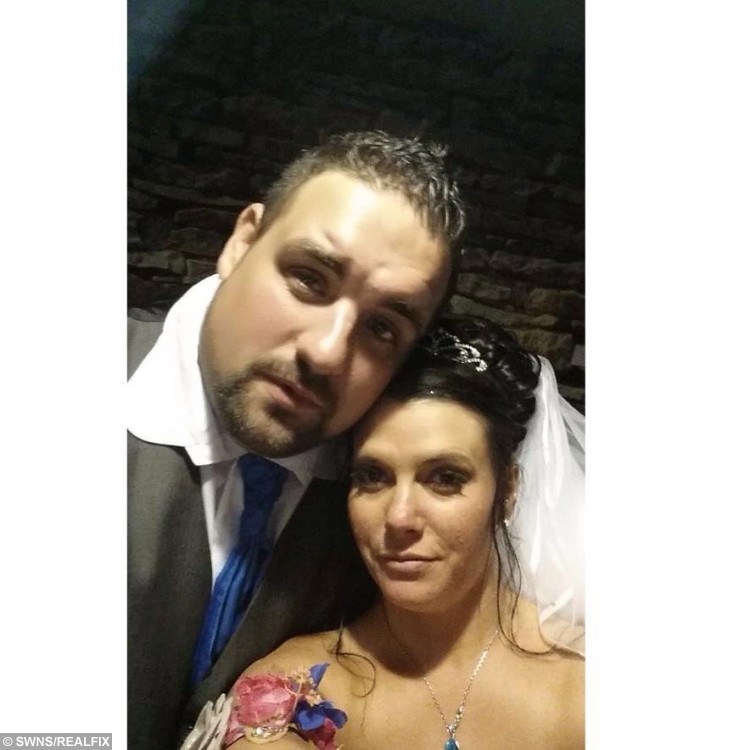 Bradford NHS have a care plan in place, where Donna will receive 14 hours of care a day.

The problem now is where to put her. Their three bed council home is not suitable and cannot be adapted.

The council say it could take 10 months to find them another home.

In an act of desperation Gregg has been in touch with BBC’s DIY SOS to help him.

But they can’t renovate council property, so they would have to acquire a derelict property to do up for the family.

Something presented Nick Knowles has tweeted the family to say he is trying to sort out for them.

Gregg said: “This is by far the hardest thing I have ever had to do. As a father, to watch my soul mate not be able to react to our four young children is pain beyond words.

“Donna has missed Blake’s fifth birthday and his first day of school. She was so looking forward to taking him to school. It broke my heart when I had to take him, knowing his mummy should be doing this.”

Gregg is now fundraising to raise as much as possible to get Donna home.

He said: “Even when I get us a home I’m going to have to furnish it all and start again. I can’t do all that when I’m not working.

“I also want Donna to have her own space where she can have all the things she loves, like our children and music.”

Doctors are still baffled as to why or how or what caused Donna’s episode. They do not even now what it was.

Gregg said: “It is a medical mystery. It is horrendous – we cannot pinpoint what it is and with not knowing, it scares me.” 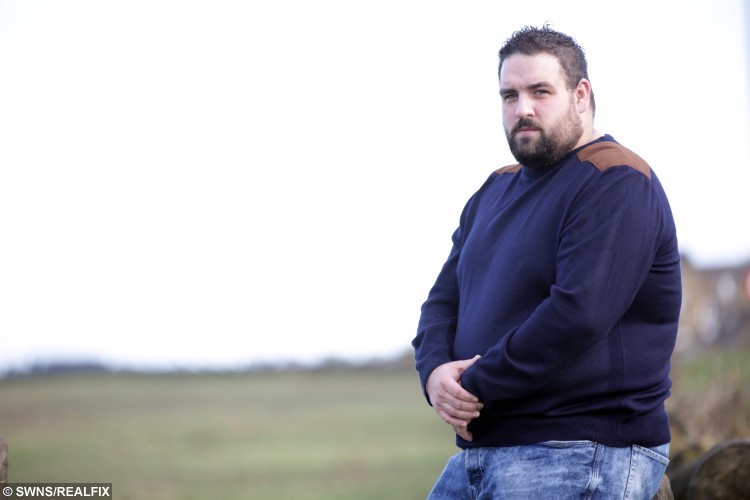