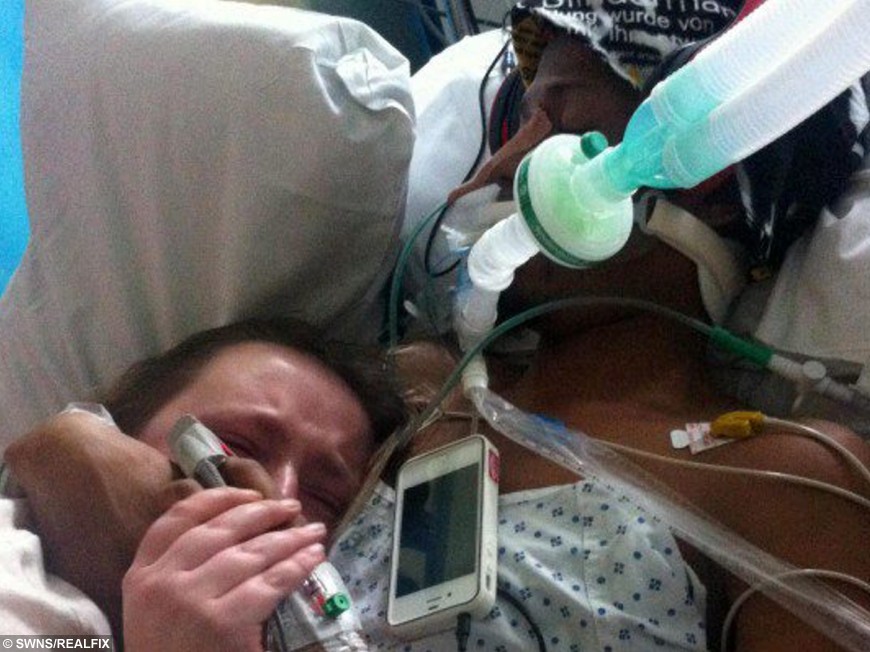 A man killed by meningitis after he waited six HOURS for an ambulance and had his symptoms dismissed as MAN FLU died because of a ‘failure’ by medics, a coroner ruled. 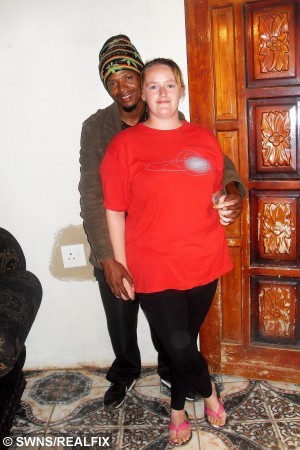 Tragic Mthuthuzeli Mpongwana 38, complained he was feeling feverish with a headache and was having problems looking at bright lights.

His concerned wife Lisa Armitage, 27, called 111 around 10.30pm for some advice and a clinician called back to warn it could be meningitis.

Worried Lisa was told to wait outside for a rapid response vehicle but it took THREE HOURS for paramedic Dana Noriega to arrive and carry out an assessment.

Mr Noriega told them Mr Mpongwana “just had man flu” and didn’t need to go to A&E and there were “no ambulances available”.

Mthuthuzeli waited until 3.50am before the paramedic labelled the case a priority and it took took a further 40 minutes for the ambulance to arrive.

But he suffered a seizure and his brain shut down and he died and a coroner has now said he was failed by medics.

Ms Voisin told the inquest at Avon Coroners Court his death was the result of the paramedic’s failure to call for urgent back up and administer penicillin.

A consultant at the Bristol Royal Infirmary, where Mr Mpongwana died, said that if he had been taken to hospital sooner the outcome “could have been different”.

Devastated widow Lisa – who released an image of her cradling her husband on his death bed – said she was “baffled” at the care he was given. 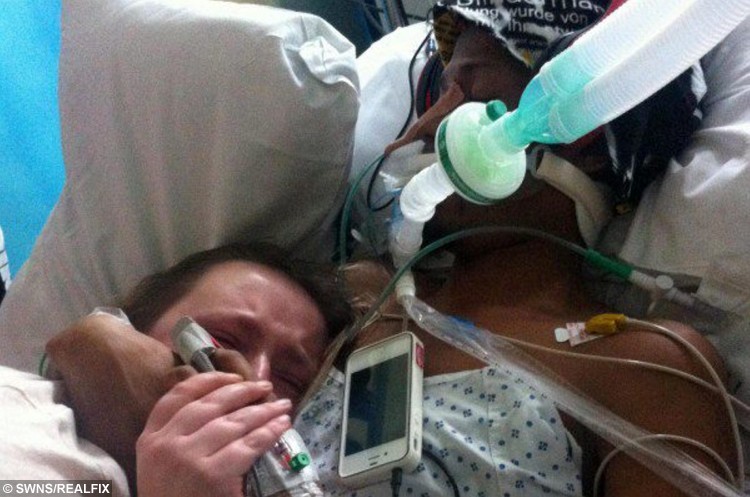 Ms Voisin said: “Mthuthuzeli Mpongwana died from natural causes contributed to by the failure to take appropriate action in the face of an obvious need.

“The inappropriate care which was given resulted in a missed opportunity for medical treatment to be given to Mthuthuzeli Mpongwana.”

Assistance should have arrived within 30 minutes, but a paramedic did not arrive until 01.18 hours – three hours after the initial call was made.

Ms Voisin said Mr Noriega carried out his first assessment at 01.20 and found that the patient’s symptoms included headache, light affecting his eyes and a fever.

He had also been sick and finding it hard to stand. 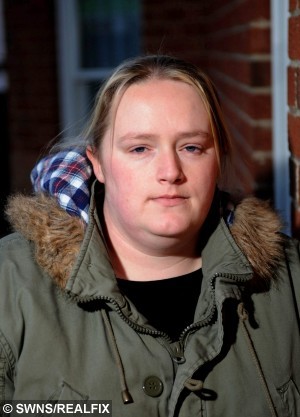 He admitted that the patient should have been taken to hospital and given penicillin, but failed to request emergency back up, instead requesting a P3 40 minute response.

Ms Voisin told the court that Mr Noriege additionally did not administer penicillin, saying he was worried because it would have been “the second time in about 20 years” that he needed to do it.

The paramedic failed to administer penicillin until he was urged to by an out of hours doctor during a call at 03.11 – more than TWO HOURS after he first arrived at the scene.

He did so 20 minutes later, saying there was a delay because he had to run down to his car from the third floor of the hostel, where the patient lived, to collect equipment.

Despite the the patient’s deteriorating condition, Mr Noriega failed to call on urgent back up for a further 20 minutes – meaning an ambulance did not arrive until 04.20.

Poorly Mr Mpongwana was rushed to the Bristol Royal Infirmary, where he suffered a seizure and his brain shut down.

His devastated “soulmate” Lisa gave permission for his life support machine to be turned off the next day on January 7, the inquest heard.

She later released a heart-wrenching photo of her cradling him as he died in hospital.

Giving evidence hospital Dr Dan Freshwater-Turner explained how antibiotics should have been given as soon as possible.

He said it was possible that, if treatment was given earlier, the outcome could have been different.

Lisa, 28, told the inquest that paramedic Mr Noriega had told them he “just had man flu” and didn’t need to go to A&E. 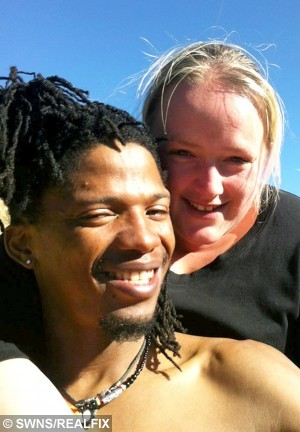 She said she noticed that the paramedic looked “shattered” when he arrived – and Mr Noriega confirmed to the court that he had been “exhausted” after working over the busy Christmas period.

Speaking after the inquest, Lisa, 28, said: “I would like to thank the coroner for a thorough investigation into my husband‘s death and it has helped me gain a better understanding as to what happened in the hours leading up to his death.

“Mthuthuzeli and I had just settled into our new life in the UK together and he had just started applying for jobs.

“When he died I was working as a theatre assistant at St Michael’s Hospital but have not been able to return to work as I find it too distressing seeing people having surgery as it reminds me of watching my husband lying motionless on a life support machine.

“I am extremely concerned about the treatment he received by the ambulance staff and I was baffled at the time that they didn’t seem to be taking into consideration his symptoms and the urgency of his situation.

“I am still amazed now that the paramedics took such a long time to realise the red flag symptoms of meningitis that Mthuthuzeli was experiencing and it took them six hours to send an ambulance.

“It is incredibly well known that you have to act quickly if someone starts to suffer from symptoms of meningitis and his death could have been avoided if they had taken the care and attention to give him the medical care he rightly deserved.”

Julie Lewis, specialist medical negligence lawyer at Irwin Mitchell, representing Lisa, said: “This was a tragic case where a man needlessly lost his life because of errors by medical staff which could and should have been avoided.

“Lisa repeatedly told the paramedic about Mthuthuzeli’s symptoms and his declining condition and he was displaying all the classic and typical symptoms of meningitis.

“Worryingly the paramedic dismissed her pleas for help and ignored the seriousness of his condition when he should have received urgent medical care.

“The family would like reassurances by the Trust to ensure that all their staff are fully trained to notice and diagnose the symptoms of meningitis to prevent anyone else suffering from any similar issues.”
Lisa told the inquest at Flax Bourton, nr Bristol her husband fell ill as she went out shopping at an Asda near their home in Bedminster, Bristol on January 5.

She said: “I remember that the paramedic checked him and told him he just had man flu and that we didn’t need to go to A&E. 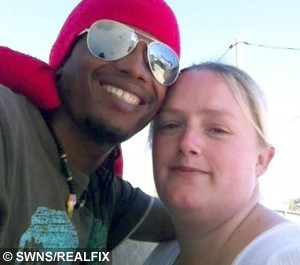 “At no point during any of the examination did the paramedic check for a rash or carry out a detailed observation.”

The inquest heard he was showing all of the “red flags” of meningitis, but Mr Noriega didn’t identify the patient as being in urgent need of emergency care.

Mr Noriega told the inquest he gave the case a less urgent rating not because he did not recognise the seriousness of the patient’s condition.

Mr Noriega said: “Sometimes we have to try and think on our feet. I had been told that there were no ambulances available.”