Stephanie Baker of Liverpool, Merseyside, in a South African hospital recovering from her broken pelvis. See SWNS story SWTRUCK; Stephanie had a freak accident in Mozambique while doing missionary work. She was almost crushed to death by a 4 tonne truck when the handbrake failed. She was released from the crush and amazingly escaped with only a broken pelvis. Stephanie was airlifted to South Africa where she spent 6 weeks recovering. Now Stephanie has been flown back to the UK, and waiting till she has fully healed so she can get back out to Mozambique and carry on doing what she loves most.

A hero Brit miraculously survived being crushed by a FOUR-TONNE truck – after she jumped in front of it to save a group of children.

Brave Stephanie Baker, 32, gave up her house, job and most of her possessions to volunteer at a school in Mozambique.

But just six weeks into her trip of a lifetime she parked up a lorry filled with children and was horrified when the handbrake failed.

The enormous vehicle started hurtling down a hill towards a village and a group of children when brave Stephanie leaped from the wagon and tried to halt its progress.

But the quick-thinking teacher – whose actions alerted and save the kids – was left pinned between the vehicle and a house and felt “all my bones crush”.

Medics were astonished to discover that Stephanie – who thought she was going to die – had only suffered a broken pelvis, and didn’t need any surgery at all.

Selfless Stephanie, was back on her feet in just four weeks and is now back home recovering, but plans to head back to Africa once she has ditched her crutches.

Speaking for the first time about her ordeal, Stephanie, from Liverpool, said: “I heard the left side of my body crush under the weight of the truck – I actually heard all my bones crush.

“My lungs were being crushed and it was becoming more and more difficult to breathe.

“I could no longer scream out and fear gripped my heart. I was convinced I was about to die.

“But [when I got to hospital I found out] my chest was fine, my ribs were fine, my back and legs were fine – what a miracle!

“I am making progress every day and have recently started walking with just one crutch.”

“I am concentrating on getting myself well again so that I can soon be back out in Africa doing what I love again!”

Stephanie was working as a support worker for primary school children with behavioural difficulties in Liverpool when she decided to move to Africa.

She rented out her house, gave up her job and sold her car with plans of living in Mozambique for a few years, when she left in May this year.

But just six weeks into her travels she returned to the student village after a day at the beach with locals, and parked up the huge lorry.

The huge lorry started to roll down a hill towards a group of unsuspecting children, and Stephanie tried to stop it while she ushered them out of the way, on July 5.

“Before I knew it the truck had crashed into the side of the house and I was trapped in the middle,” she said.

Locals managed to move the truck, and Stephanie’s blue and lifeless body slumped to the floor and she was rushed to hospital.

Medics were astonished when they discovered she had no internal injuries, and had broken her pelvis in three places – but did not require surgery.

After just four weeks in hospital she was able to take her first tentative steps.

Following a total of six weeks in a ward in South Africa, she was flown home, where she is still recovering.

“To quote the doctor, he said, ‘this is the best possible type of break you can have, you will not need surgery – just lots of bed rest!'” recalled Stephanie.

“Although it was a horrific ordeal, I feel it all happened to make me a better testimony to God’s work, to appreciate the kindness of others and to appreciate that I am one of God’s walking miracles.” 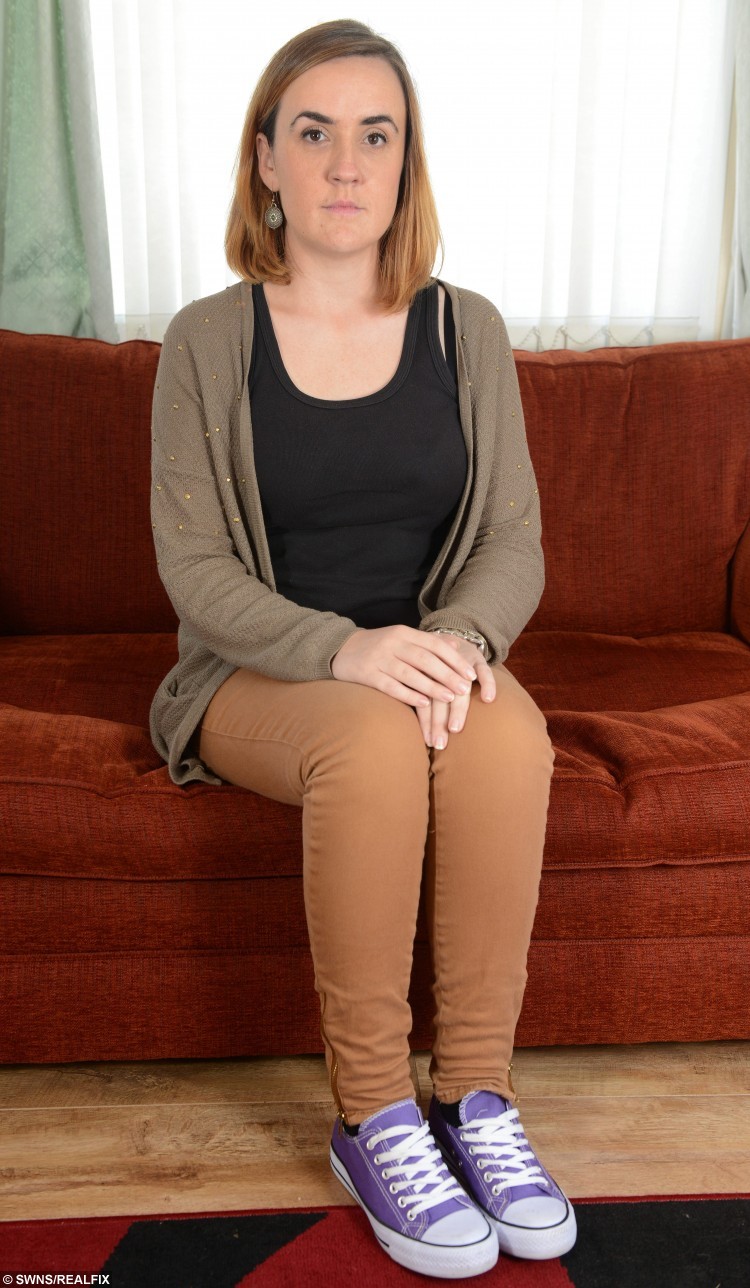