by RealFix
in Health, Most Popular, Relationships
0

Please note mandatory credit Lucy Carnaghan / SWNS.com Little Freddie Coulton pictured on his parent's wedding day. See SWNS story SWBRIDE; A mum's dream wedding turned into a nightmare after she watched her three-year-old toddler fall Ã off a BALCONY. Gemma Coulton, 33, watched in horror as little Freddie fell ten feet through the balcony railings moments before her and partner Christopher Coulton were about to say their vows. The bride and her guests feared the worst when they heard the loud ÃthudÃ as son Freddie fell, abandoning any thoughts of the wedding. Gemma said: ÃMy three-year-old son fell through a gap in the balcony at Lewes Town Hall.

A bride-to-be has told how her dream wedding turned to horror after she watched her three-year-old toddler fall – off a BALCONY.

Gemma Coulton, 33, watched helplessly as little Freddie fell ten feet through balcony railings moments before she and partner Christopher Coulton were to exchange their vows. 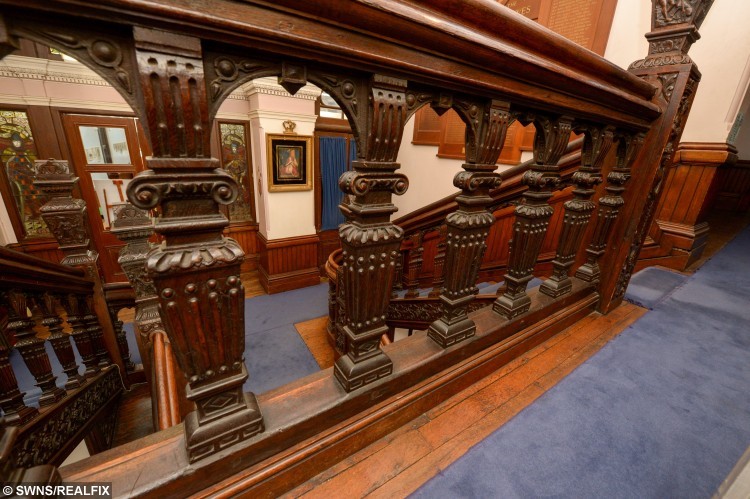 The bride and her guests feared the worst when they heard the loud “thud” as Freddie fell ten feet on to the concrete floor below.

Gemma said: “My three-year-old son fell through a gap in the balcony at Lewes Town Hall.

“He fell around 10ft and had to spend the afternoon of what should have been our wedding reception in the Royal Alexandra Hospital in Brighton.”

Paramedics advised the couple to say their vows before Freddie was taken to hospital, but Gemma now says she can barely remember the rushed moment.

She said: “The day was ruined as we didn’t even attend our own wedding breakfast and were late for the evening – we were in such shock, we don’t even remember saying our vows.

“We can’t even think of our special day without having flashbacks and feeling sick, and that’s just the traumatic, emotional stress of seeing your child fall.

“I thought he was dead, and there was also the financial stress of spending £7,000 on a wedding which will remind us of that nightmare forever.”

The couple are now trying to raise awareness of the shocking incident so that it never happens again, and are lobbying the council to fix the balcony.

Gemma added: “Luckily, my son sustained no serious injuries and was just badly winded, but if he had landed on any other part of his body, it would have been a lot more serious and possibly even fatal.

“We want to make people aware because we don’t ever want any parent to have to go through the nightmare of their child having such a horrific accident and possibly the outcome being worse, especially on what should be the happiest day of our lives.

“The main point is my son was okay but another child might not be so lucky, so people need to be aware of the risk.”

A spokesperson from East Sussex County Council said: “We’re very pleased that the child involved was not seriously injured.

“We have been in correspondence with the family and it would be inappropriate to comment further at this stage.”

The Town Hall has several rooms available to hire for a range of functions. It is licensed for weddings, and can accommodate larger parties.

Woman crowned champion after braving the stage with her colostomy bag