Proud parents who had one of Britain’s smallest ever babies have been living near the hospital during lockdown to be with her.

The baby weighed in at just 500g when she was born – the same as a half a bag of sugar. 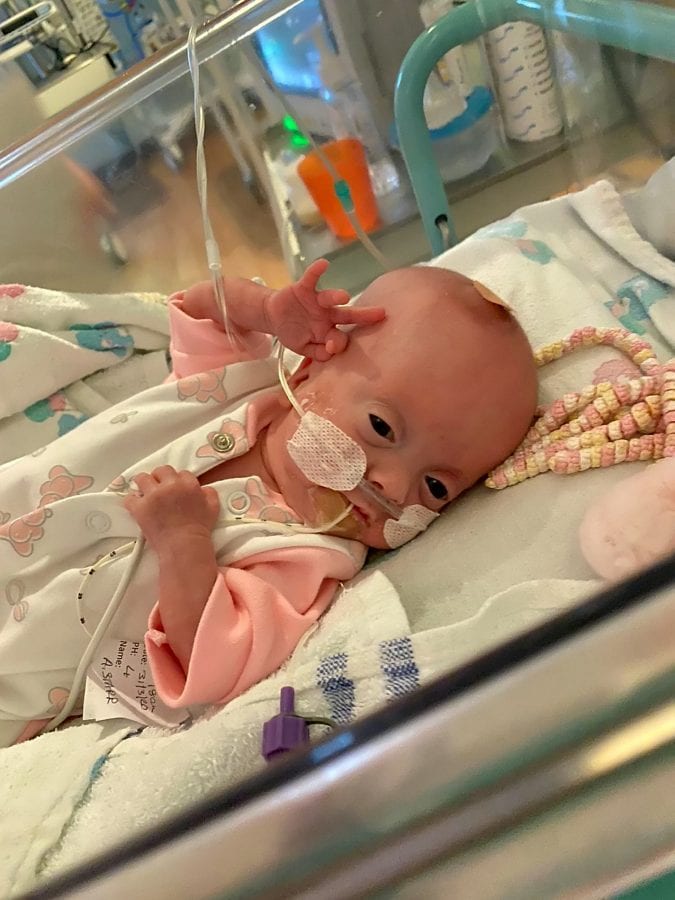 Since her birth she has been treated for two collapsed lungs, jaundice and needed blood transfusions.

She has also had brain surgery to allow fluid to drain away and had two severe bleeds on her brain.

Her unexpected birth meant Katrina and partner Robbie Sykes, 25, have been living in charity-run supported accomodation near the hospital to they can be close by.

The couple say they wanted to tell Lilly’s story to say thank you to The Grand Appeal, who run Cots for Tots House near St Michael’s Hospital in Bristol.

Despite being due on April 22, Katrina went into labour in the early hours of December 28, 2019.

Robbie said: “Katrina woke me up at 1am with really bad stomach pains, so we jumped in car went to Swindon hospital to A&E because we weren’t sure what it was.

“Katrina was crying her eyes out and she’d started bleeding so I knew something was wrong.”

The pair, who live in Swindon, Wilts., waited for 10 hours in A&E before Katrina was told she was in labour.

Robbie said: “We’d just had our 20-week scan. There was nothing to show there was any problems.

“By the paperwork we should have had the perfect pregnancy.” 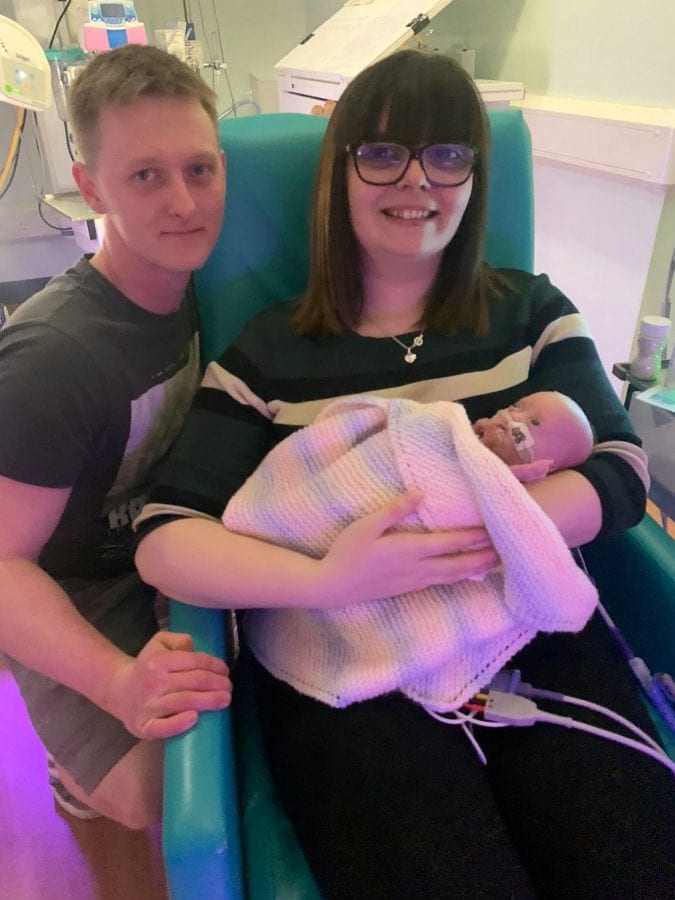 Katrina added: “I was just in shock. When I realised I was in labour. It was a massive shock. I didn’t know what was happening. It all went so quickly.”

Lilly was born naturally before being taken to a specialist intensive care unit in Bristol.

The couple had to wait in Swindon while Lilly travelled, not knowing if she would survive the journey.

Robbie said: “We were told the percentage of her surviving until Bristol was 4.2 per cent. They said it was extremely low.”

After being told they may have to wait eight hours for an ambulance to take Katrina the new mum discharged herself so Robbie could drive her.

Robbie said: “We didn’t even know when we left Swindon if Lilly had made it. It was just a case of getting in the car and going.

“It was the longest car journey of my life. It’s only 40 minutes down the road but honestly it felt the longest I’ve ever driven.”

While on the way the couple also became engaged.

Katrina said: “I said yes straight away. I mean it took me a few moments, because I was in shock from the birth, and then that on top.”

Robbie said: “Katrina was a bit panicky in the car, asking will I leave her and stuff, and I had the ring anyway so I proposed to her in the car.

“I couldn’t believe it when I saw Lilly.

“I didn’t know what to think at that point. I was concerned for Katrina because she had severe bleeding after the birth.

“Seeing Lilly for the first time was mental. She was so small. You could literally fit her in the palm of your hand. Her actual hand only just covered my fingernail.” 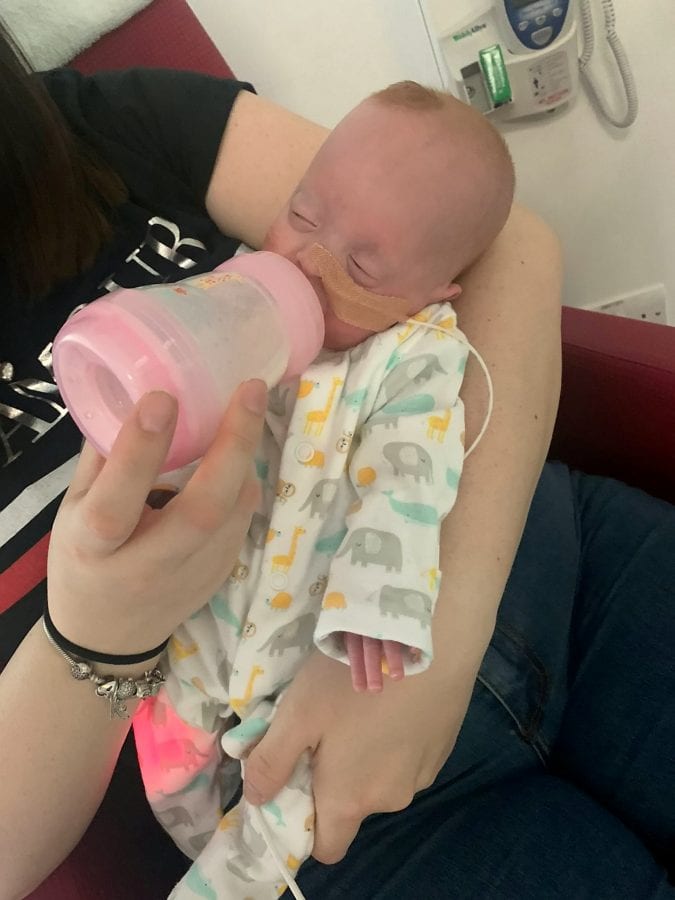 The couple first stayed on the maternity ward in Bristol so Katrina could be monitored, before moving into Cots for Tots House a few days later.

Katrina said: “Staying there allowed me to spend so much more time with Lilly. It’s just made me feel like I was doing more with her, like I was a real mum.

“The first time I held Lilly I just cried my eyes out, it was an incredible moment.”

Robbie added: “To be able to share those special moments has been absolutely incredible. We haven’t missed out.”

The couple were initially worried their accommodation would close due to the coronavirus outbreak.

Katrina said: “We thought we weren’t going to be able to see our little girl, we thought we would have to stay at home.

“I don’t know what we would have done without being able to stay here, to be honest. It’s just incredible to still be able to be close to Lilly.”

Robbie added: “We want to say a big thank you to Cots for Tots House for everything they’ve done for us.”

Anne Clements, for The Grand Appeal, said: “The children’s hospital covers one of the largest geographical area of any in the country.

“Parents come from miles around to visit their little ones here, and they need to be close to them.

“We need to stay open at this time.

“There will always be children and babies born who need specialist care, and we have to be there to look after parents so they are able to look after their babies.”

The charity has launched an emergency fundraising appeal after the lockdown has cancelled many fundraising events.