How well do you know your Rosary?

The Rosary has been an important part of the Catholic faith for centuries. They are a string of beads used to keep count of the number of prayers that have been recited, keeping count in this way means the worshipper is free to consider more deeply the meaning of the words they are saying. 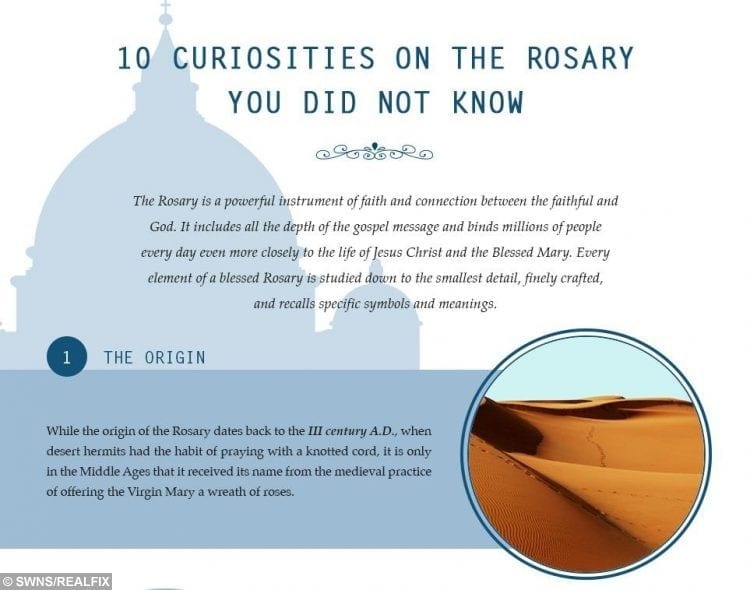 Origins of the rosary

The origins of the rosary are still debated by scholars, we do know that Christian monks from Egypt in the 3rd century used stones and knotted rope to keep track of their prayers in much the same way the rosary is used today. There is evidence of beads being in prayer and meditation dating from pre-Christian times. It was widely accepted by the Catholic Church in the 3rd century after St. Dominic reported being visited by Mary who gifted it to him.

The rosary as we are familiar with today can be traced back to the Middle Ages. During these times those known to be devoted to their Catholicism would pray the Divine office every day. This consisted of reciting the 150 psalms, but during this time many people were illiterate and could not read directly from the books. These people wanted to be able to join the prayers, so a simple version was created that could be memorised and recited daily by everyone using a rosary to keep track. 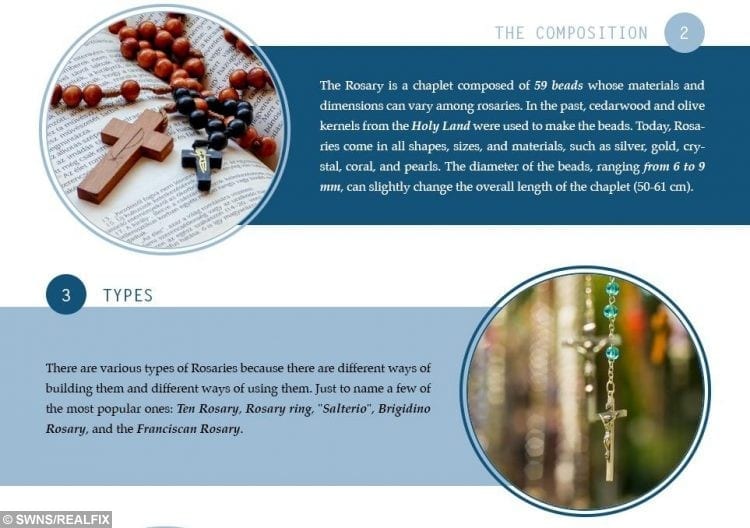 The blessed Rosary can come in many sizes and colours and each different sized bead represents a different prayer. Perhaps the most well-known is the Five Decade Rosary, also known as the Dominican Rosary after St. Dominic who is credited with spreading devotion and popularity of the rosary after he was directly asked to by Mary. This is made up of a crucifix, then 5 beads used to pray for Our Father, then 3 Hail Marys and a Glory Be. Next comes a rosary centre and a loop of 5 sets of ten beads which represent the five decades; these are used to pray the Hail Mary and every ten beads are separated by a different size bead used to pray the Our Father. 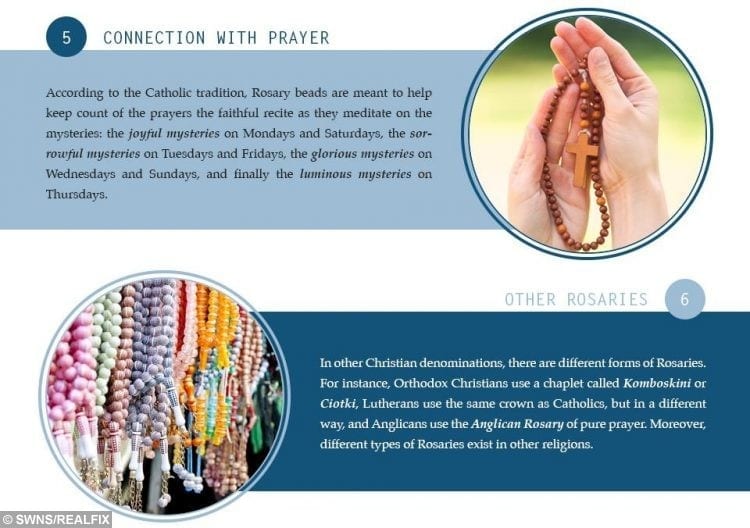 The prayers of the Rosary

These are also known as “mysteries,” the rosary is made up of 20 mysteries based on the lives of Jesus and Mary, and the most meaningful events. The prayers are spread out through the week. On Monday and Saturday, the joyful mysteries are said, the sorrowful mysteries are recited on Tuesday and Friday, the glorious mysteries are said on Wednesday and Saturday, and on Thursday the mysteries of light are recited. Even though there can be up to 59 beads on a rosary, each cycle of prayer should only take about fifteen minutes. And, it is believed by some, that if you fall asleep while you’re reciting the rosary then Angels will complete the prayer for you.

The devotion of the Rosary

Many Catholics believe faithfully reciting the Rosary will mean Mary will carry out the 15 promises she made to St. Dominic and they will be personally blessed by Mary herself. The blessings include gaining Mary’s “greatest graces” and “special protection” from her. Devotion to the prayers of the Rosary means you will remain in the grace of God. 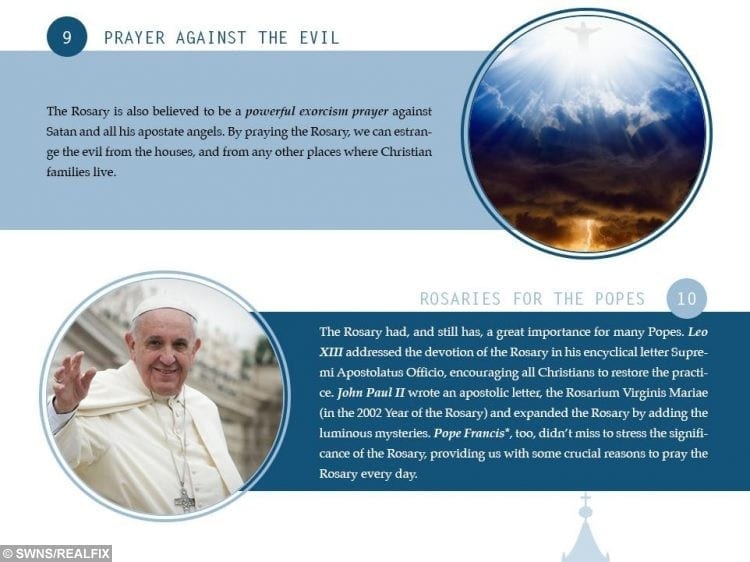 The 4 Most Common Reasons for Home Insurance Claims

The 4 Most Common Reasons for Home Insurance Claims