A new café has been opened in memory of a woman Royal Marine who dreamed of opening her own coffee shop but died of a brain tumour at a tragically young age,

Shona McKeown died of cancer aged just 39 only a month before she was due to retire from the armed forces and begin a new life on civvy street.

And now her husband Frank, 34, has realised Shona’s long-held ambition with the official opening of a café in her honour in Stirling yesterday (Mon).

Fittingly, the opening got a full military fanfare from Shona’s old colleagues in the Royal Marines, one of whom was bridesmaid at her wedding.

Shona, a band corporal with the Royal Marines, sadly lost her battle for life in January this year after being diagnosed with a brain tumour in 2011.

She met Frank in 2013 and the couple were married in September last year.

It had long been a dream for Shona to run her own café, which she hoped to do with Frank upon her retirement.

After Shona’s death, Frank was informed of the availability of a site for the café and quickly declared his interest.

He was helped by his aunt Marion Gaughan to set up the café.

Frank, his six-year-old son Declan and his family were joined by a Royal Marine fanfare at the opening of the café at Cowane’s Hospital in the city.

Frank, from Cairneyhill, Fife, said: “I am absolutely delighted that we are able to open this. This is the realisation of my wife and I’s dream of owning our own café.

“Being able to open the café in Cowane’s Hospital just really fell into my hands.

“My aunt heard that the building was available for something like this so she called me straight away and we declared our interest that day.

“I just wish Shona could be here to see this.

“It’s absolutely brilliant that the Royal Marines are here with us to raise awareness for the Brain Tumour Charity. They have been so supportive of us.

“The members of the fanfare actually arrived in Scotland in the early hours of the morning just so they could be here.

“We are going to hold a memorial in our hometown and we are expecting there to be around 50 marines there to remember Shona.

“We have received so much support from family and friends since Shona’s death and I just can’t thank everyone enough.”

Victoria Brown, Shona’s best friend and bridesmaid, is a musician in the Royal Marines band, and she was a member of the fanfare yesterday.

She said: “For myself and the other members of the fanfare to be here is a fantastic way to honour Shona.

“It is really significant as Shona was hugely proud of being a Royal Marine and playing in the band service.

“I am just so happy for Frank and the family that they have been able to continue and do something that was a dream of Shona’s. I couldn’t be more proud of them.”

Frank has received help from his aunt Marion in setting up the café and together they plan to work six days a week to run the business.

Marion, 47, from Stirling, said: “It has been amazing to see the change in Frank and for him to have a new sense of purpose. 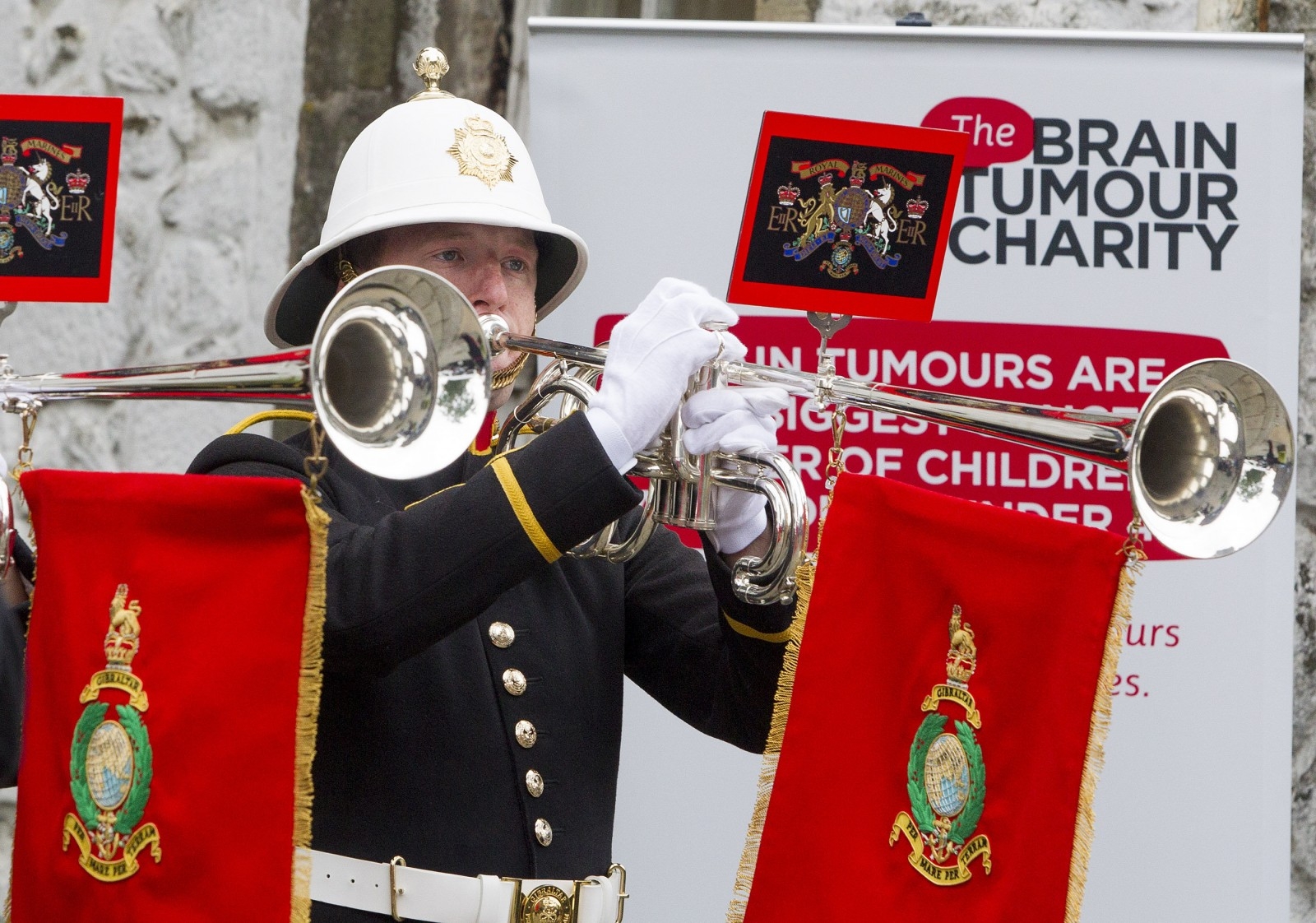 “For us to be surrounded by friends and family today has been incredible and I’m sure Shona would have been so proud.

“This had been Shona’s dream. She was due to retire from the military in February and looked forward to enjoying a quiet life.

“To own her own café was her ambition and something she really wanted to do with Frank.

“After she died, I heard about this site being available and so I wanted to help Frank in any way I could to get this up and running.”

The family have raised almost £9,000 for the Brain Tumour Charity and hope to raise much more.

Viv McBeth, the area’s community organiser for the charity, said: “The family have raised so much money for us and we are extremely grateful to them.

“We don’t get government funding and rely on public donations like this to continue our work against this disease.”

Cowane’s Hospital was established in 1637 by merchant John Cowane and is one of only two buildings of its kind in Scotland.

Frank and Marion hope to attract tourists into the café from the nearby Stirling Castle and so promote the building and the city’s old town in a new way.