In Sickness and in Health – Husband and wife BEAT coronavirus together

by RealFix
in Health, Videos
0

This is the heartwarming moment a husband and wife left hospital on the same day after recovering from COVID-19 as doctors and nurses cheered them on.

Jeff and Cheryl Poole received an emotional send-off from the entire staff with medics lining the hallways cheering and clapping as the couple were discharged.

The pair had spent more than two weeks in the ICU at UnityPoint Health Meriter in Madison, Wisconsin, USA, battling the deadly virus.

Cheryl, 59, was admitted to the ICU on March 18 and became the hospital’s first patient to require a ventilator due for COVID-19. 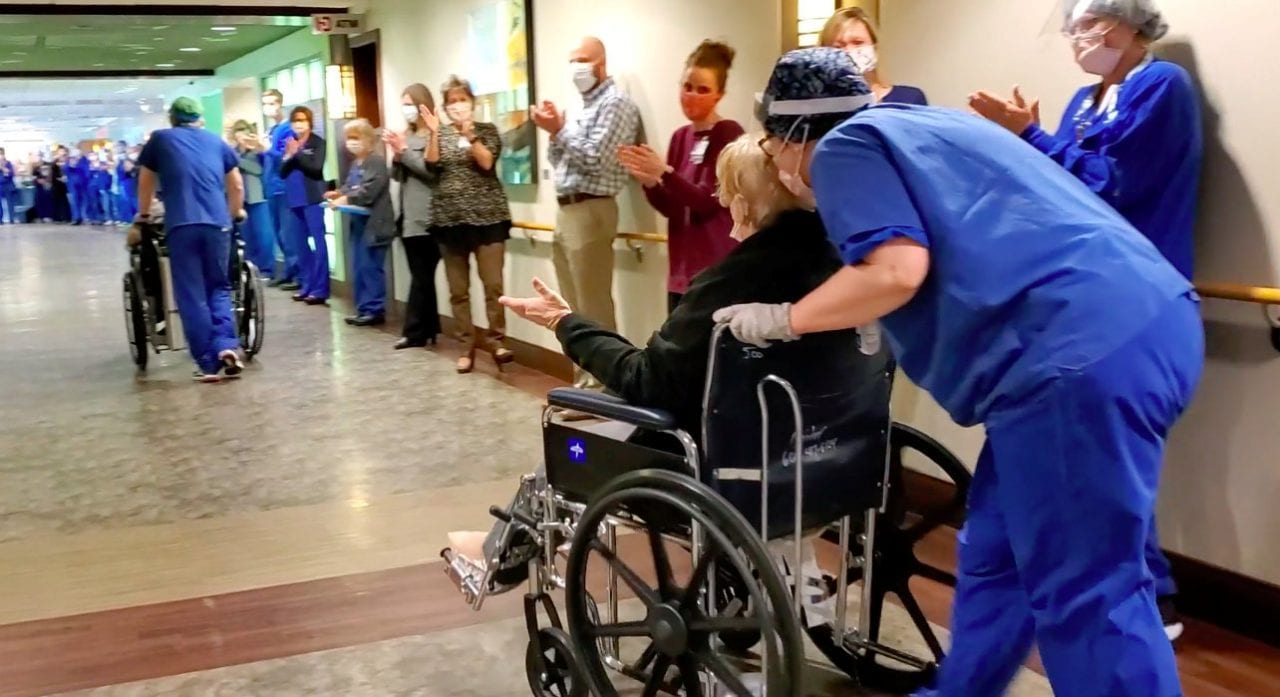 Jeff, from Waunakee, Wisconsin, said: “People keep saying this is a fake, it’s not a fake. She almost died. I almost died.”

When the couple left the ICU, nurses placed them in neighboring rooms and helped them speak to each other on the phone.

Later they were able to have their meals together before they were discharged last week.

“Of course being the wonderful person he is, Jeff gave Cheryl lots of words of encouragement. They both talked about getting better.”

She added: “There were a lot of tears of happiness in the room. 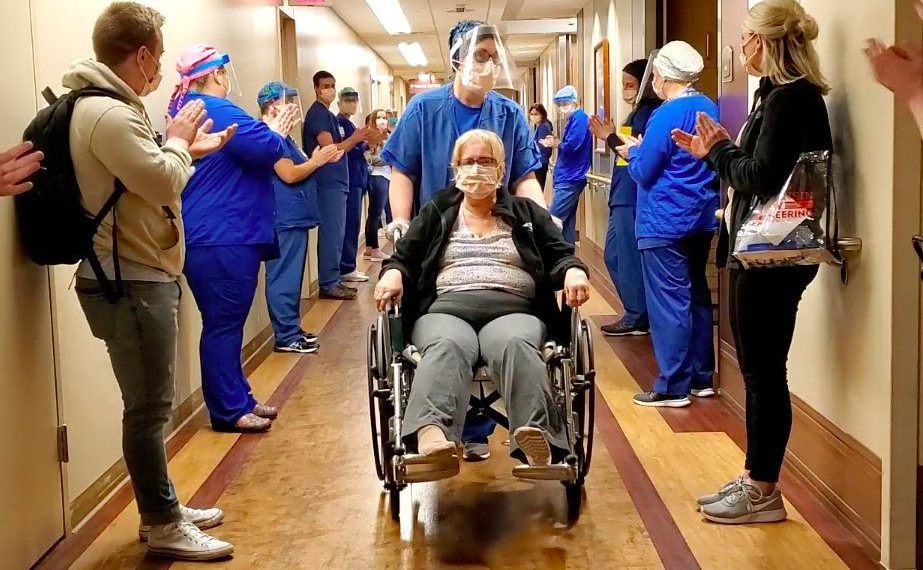 “The fact that they both made it through and they can get home together, it’s just fabulous.”

The married couple were finally discharged on April 17 after spending almost a month in hospital.

Nurse Dawn Cloutier added: “The send-off we had for them was a bit of a surprise to them and to me too honestly.

“It was just so cool to have people cheering them on as they left.”

Jeff promised that once the threat of the virus has subsided, he and Cheryl will return to the hospital to see the staff who saved their lives.

“When everything is lifted, we can come back in here to see everybody.”