Collect of Annabelle Collins in hospital in 2016.

An inspirational little girl has fought back from a debilitating brain condition which saw her family fearing the worst — by learning to walk and talk again.

Annabelle Collins was struck with a rare combination of conditions which caused swelling on her brain, paralysing her from the nose down.

But the five-year-old’s remarkable recovery has seen her learn to walk and talk again after being diagnosed with encephalitis and enterovirus.

Encephalitis is an inflammation of the brain and a strain of the enterovirus which can potentially paralyse those who have it.

Mum Yvonne, 33, explained they were at a friend’s birthday party when she began to notice something wasn’t quite right with Annabelle.

She said: “I just had this feeling something was wrong with her and I couldn’t get rid of it, so we took her to the doctors but they said they couldn’t find anything wrong with her.”

But Yvonne still wasn’t convinced everything was right with her daughter so the GP sent the family to Victoria Hospital in Kirkcaldy.

Yvonne added: “The hospital couldn’t find anything either so we went home. But I noticed Annabelle’s behaviour started to change.

“She’s was usually quite a calm wee girl, but she started getting hyperactive.

“She vomited and started saying she had a sore head, which for a four-year-old I thought was strange.

“We took her back to the hospital and on the way, she started getting a really small rash on her chest.”

Doctors started to think Annabelle had meningitis and quickly began to treat her.

But they quickly realised it was the contagious enterovirus and put Annabelle into isolation.

While doctors were never certain that she had was the D68 strain of the virus, there were a number of cases of it in Edinburgh around the time Annabelle got sick.

Yvonne added: “It all happened so fast. Within 24 hours she was paralysed from the nose down.

“At first we noticed she was struggling to walk, and then she lost all ability to move and she couldn’t control her head and neck.

“They prepared us for the worst and said she might have brain damage and be in the hospital for a long time.”

But Annabelle defied the odds and began to make a shock recovery.

Yvonne said: “Slowly she started to fight back. Her feeding tube was taken out and she was eating pureed food.”

And after weeks of intense physio to help her learn to walk again, Annabelle is fighting fit and back at school part-time. 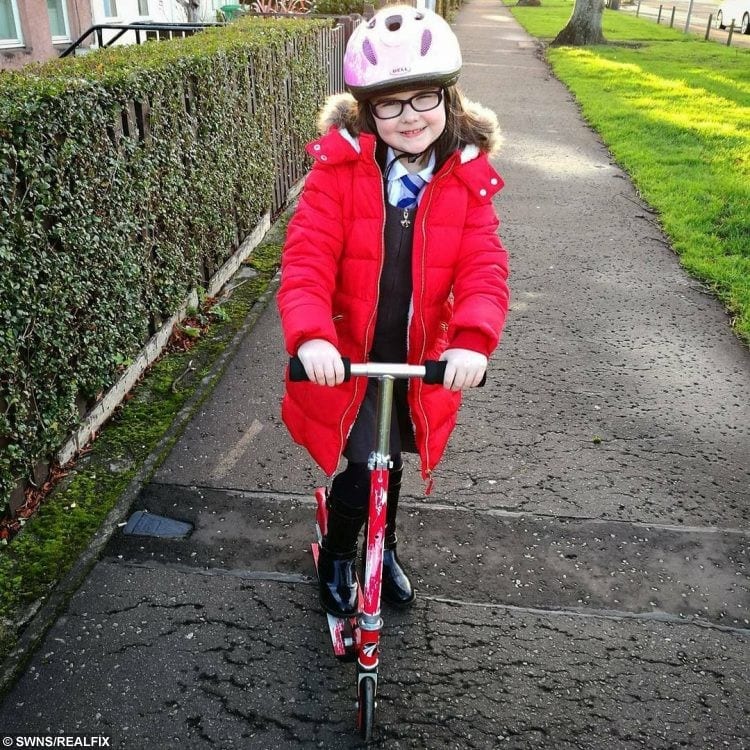 Yvonne, a learning disability nurse, said: “It was an absolutely terrifying experience.

“It was difficult in the months after Annabelle got out of the hospital. It was challenging to adjust to our new way of life because Annabelle had different behaviours.”

She was nominated by MP for Dunfermline and West Fife Douglas Chapman.

Rosyth Councillor Sam Steele highlighted Annabel’s story to the MP who said he was ‘privileged’ to help give the recognition she deserves.

Yvonne and her husband Steven, 47, who works at Edinburgh Airport are delighted with the nomination.

Yvonne added: “It’s her attitude that’s inspiring. Her life’s completely changed from this time last year – she’s now registered disabled and has got a wheelchair.

“Annabelle has a real thirst for life and loves to be involved in everything. She doesn’t let it get her down, even though some days are really difficult for her.

“The staff and pupils have been an amazing support for Annabelle. Her wee sister Bethany, three, has also been a great help in her recovery.” 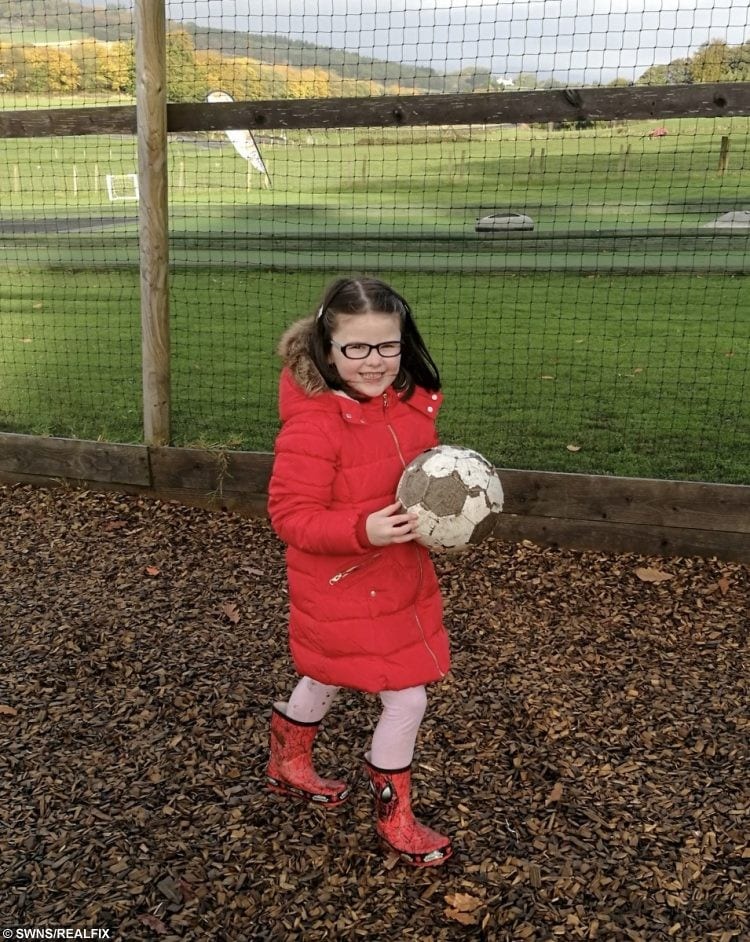 The Kids Count Inspiration Awards takes place at the House of Commons, where inspirational young people are recognised in Parliament.

Annabelle is nominated in the ‘Inspire the House’ category, after Mr Chapman was touched to hear of the youngster’s cheerfulness and bravery on the road to recovery.

He said: “It’s a real privilege to highlight her journey back to fitness.

“She’s a cheery soul who brings joy to her family in what has been a difficult year for them.”

Rosyth councillor Sam Steele said: “I suggested Annabelle to Douglas for this year’s Kids Count Awards because she’s a remarkable wee girl. I am absolutely delighted that she has been shortlisted.

“The family have been through so much and Annabelle’s strength and good humour are truly inspirational.”

The awards ceremony take place on December 5 at Westminster.