Allana Prosser post surgery. A brave teenager lived with a 15cm brain tumour for SIX years after bungling doctors told her she was a hypochondriac and was allergic to CHEESE. See NTI story NTITUMOUR. Pretty Allana Prosser was just 11-years-old when she started having crippling headaches in 2009. The teenager, who is now 17, was also constantly falling asleep and started drinking up to seven litres of fluid every day. Her mum Katrina Prosser, 36, took her to her local GP several times over the next six years as her symptoms, which included blurry vision and weight gain, got worse. But incredibly, doctors told her she was a hypochondriac and even claimed she might be allergic to cheese after the teen was told to make a food diary. Allana's condition was eventually taken seriously when her right eye began twitching in April this year and her optician found it was being caused by pressure. She was referred to the eye clinic at University Hospital Coventry on May 21 where a doctor saw her mum break down in tears. After speaking to the pair, a doctor sent Allana for a CT scan and then told her she needed an MRI scan the same day. He then gave the teenager the devastating news that she had a Craniopharynigioma - which is type of brain tumour found near the pituitary gland behind the eye.

A schoolgirl lived with a brain tumour the size of a grapefruit for six years after her bungling GP dismissed her symptoms – telling her she was allergic to CHEESE.

Allana Prosser was just 11-years-old when she started having crippling headaches and suddenly falling asleep in 2009.

The teenager, now aged 17, was also so thirsty she was drinking up to seven litres of fluid every day.

Her mum Katrina Prosser, 36, took her to her local GP 25 times over the next six years as her symptoms, which included blurry vision and weight gain, got worse.

But she claims her doctor “laughed” at her mum and even suggested Allana might be allergic to cheese.

Allana’s condition was eventually taken seriously when her right eye began twitching in April this year and her optician found it was being caused by a build up of pressure.

She was referred to University Hospital Coventry on May 21 where a CT scan revealed she had a 15cm (6ins) brain tumour pressing on the optic nerve behind her right eye.

She was diagnosed with Craniopharynigioma – a type of brain tumour found near the pituitary gland behind the eye.

Allana underwent surgery the next day on May 22 to release fluid on her brain which doctors left draining into two bags beside her hospital bed for a week.

She then had a second operation on May 28 where surgeons removed as much of the tumour as possible, shrinking it from 15cm to just 4cm.

Allana, who lives with her mum Katrina, dad Christopher, 44, and 21-month-old sister Esme, in Bedworth, Warks., said: “My headaches started when I was 11.

“It was like an extreme migraine, the pain was horrendous. I would have to sleep on the sofa and my parents would have to press their hands on my head to stop the pain.”

“We started going to the doctors due to that and they didn’t say much, they just kept saying take paracetamol.

“We went backwards and forwards to the local GP, but they just gave me different diagnosis and different medication which made no difference.

“One time they asked me to a food diary and said I might be allergic to cheese which is ridiculous.

“When my mum told them I was falling asleep straight after school they openly laughed in her face.

“They didn’t say the words but it felt like they just thought I was a hypochondriac.

“My right eye started twitching when I was 16 in April and my mum took me to the opticians and they said they could see pressure behind the eye.” 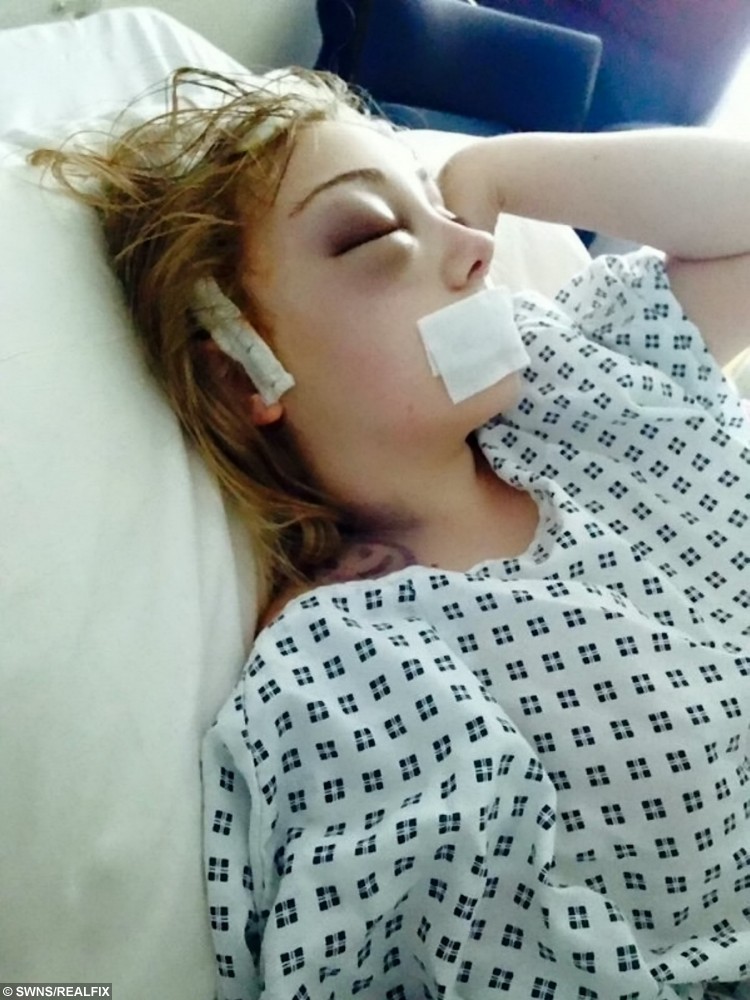 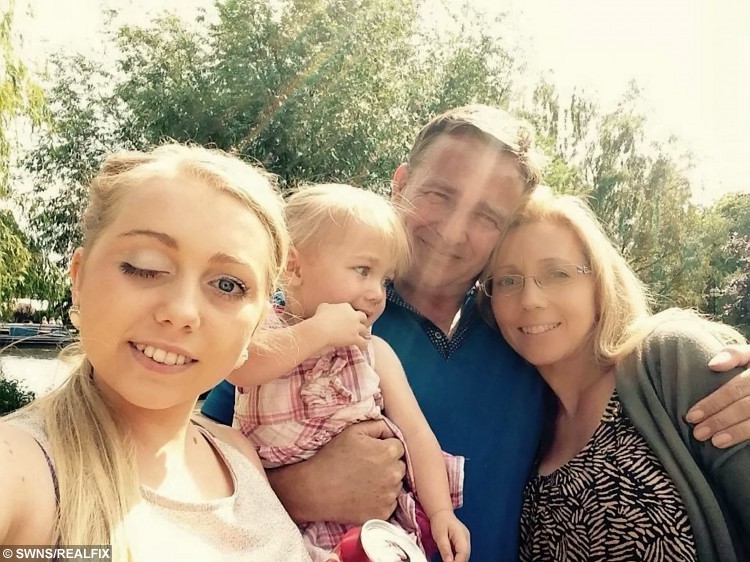 “I went to the hospital and had a CT scan and an MRI scan and the doctor pulled us into a room and gave us the bad news.

“The very next morning I had my first operation to drain the fluid from my brain.

“There were two bags next to me and I could watch them filling up for a week.

“Then the next operation was to try and removed as much of the tumour as possible.

“I woke up from that and my face was completely swollen and my eye was shut.

“A doctor told me I would go blind in my eye because it wouldn’t get any light but I soon sorted that.

“When I was back home I used masking tape every day to tape my eyelid up to get my eye muscles working and it worked and I can see out of it fine now.”

Allana is going to America in January to have proton radiotherapy treatment to help stabilise the tumour, which is not cancerous, so she can lead a normal life.

The costs of sending Allana and her mum to the US for three months are being covered by NHS England.

But she is trying to raise money to pay for daily living costs and to help other relatives come out to visit her while she undergoes treatment. 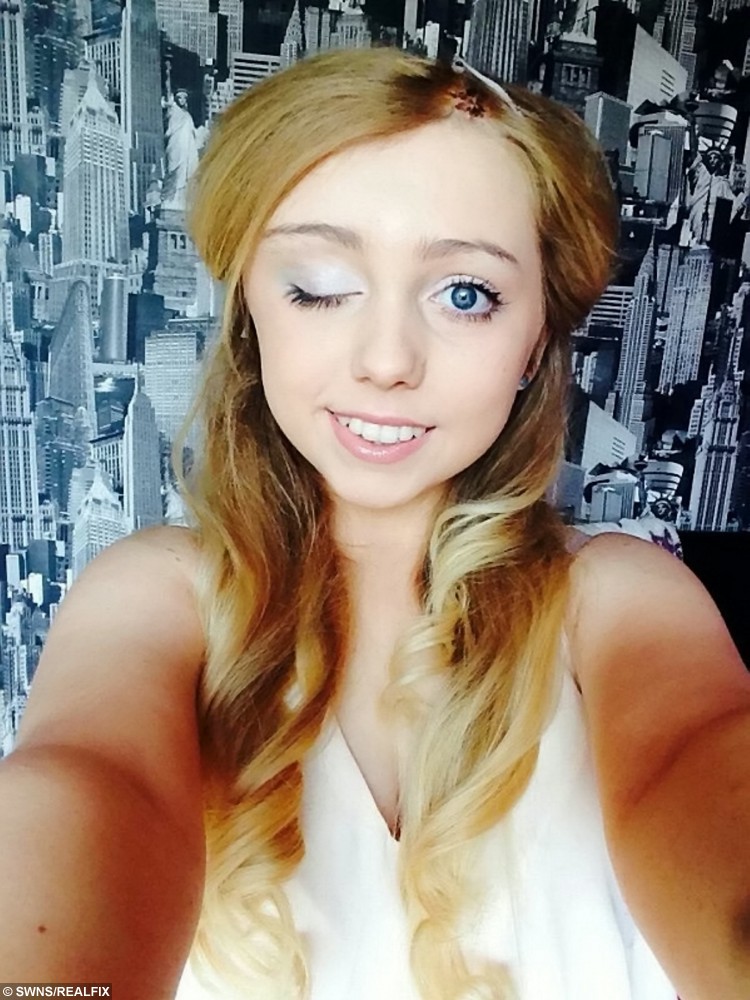 She added: “The doctors said I was born with the tumour and it is slow growing.

“It is not cancerous but it grows like a cancer and can turn cancerous.

“It is on my brain next to the pituitary gland so it is behind my right eye.

“Proton radiotherapy is not done in the UK yet but the NHS are paying for the treatment and it is more precise than the radiotherapy here.

“It is difficult to lead a normal life because I was always a bubbly person and after the operation it really got to me and my confidence went completely.”

“The hope is that the proton radiotherapy will make a big difference and I will be able to get on with my life.”

Allana has set up a GoFundMe page to raise as much money as possible before travelling to America in January.

Any money left over after her trip across the Atlantic will then be split across charities raising money for proton radiotherapy.

On the site, Allana describes how her tumour was eventually diagnosed after six years of trips to her GP where she was given numerous diagnosis and different drugs. 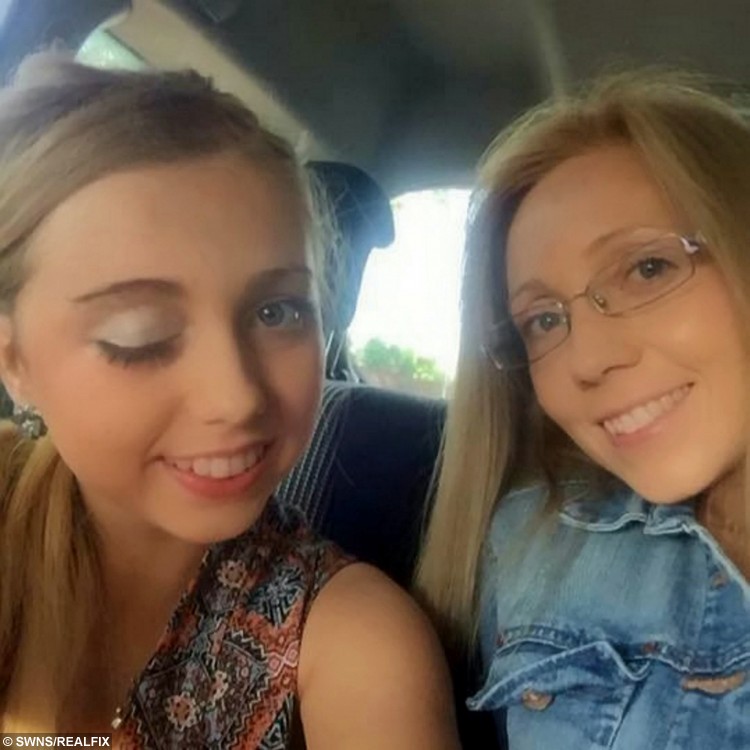 She writes: “The last six months have been the hardest for my family and friends and most of all, me.

“I have been truly blessed with love and support and would have never been able to do this without any of you.

“This is why I will fight this and come back fighting with every downfall to prove to you all and also myself I’m a fighter and will overcome this horrible illness.”

Could this be Britain's worst Christmas tree?