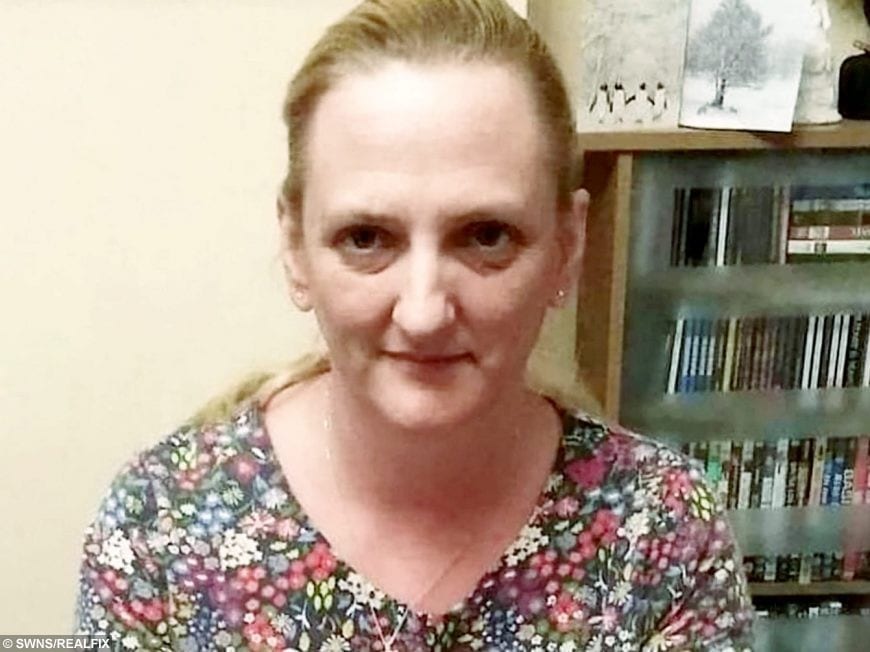 A woman suffering from a throat infection was mistakenly told by hospital staff she had CANCER.

Nicola Denyer, 39, received a letter from a hospital’s department for ear, nose and throat telling her the devastating news that she had cancer at the base of her tongue.

Mrs Denyer, of Ramsgate Kent, had attended a hospital appointment after suffering an uncomfortable feeling in her throat for six weeks.

She was told by staff at Queen Elizabeth the Queen Mother (QEQM) Hospital in Margate that she had nothing to worry about.

But two days later, she received the letter telling her she had cancer.

The letter, which was also sent to Nicola’s GP surgery, read: “Flexible nasal endoscopy confirms presence of cancer at the base of the tongue, which can certainly account for this lady’s symptoms.”

Mrs Denyer’s partner Paul Valentine, who lost his wife to cancer eight years ago, said he suspected a mistake had been made as the rest of the letter suggested there were no serious issues.

“I was sure it was a mistake, but the word had been used so you can’t help but worry.

“I told them this is a word not to be played around with.

“If this had happened to someone else who didn’t realise it was a mistake, it could push them over the edge.”

He struggled to get any response from the hospital despite leaving numerous messages.

He added: “In the end I finally made contact and was told this often happens.

“To get a letter saying she had cancer, even though I thought it might be a mistake, was awful. I lost my wife to this dreadful illness.

“My partner read the letter and said ‘oh my god’ but I told her not to panic, that it looked like an error.”

A week later, Mrs Denyer received another letter from the hospital apologising for the mistake which stressed that she does not have the disease.

It read: “We have newly installed a speech recognition software programme that has unfortunately mistaken the word candida for the word cancer.

“Please let me reassure you that I saw no evidence of any cancer at all on endoscopy and I can only apologise for the error in your letter.”

Mr Valentine says while they were relieved at the confirmation, he admits it had been a worry.

A spokesperson for East Kent Hospitals said: “We would like to offer our sincere apologies to Mrs Denyer for the distress and anxiety caused by this error.

“All letters are checked by a clinician before they are posted and unfortunately in this case the error was missed.

“We are reminding staff of the importance of thoroughly proof-reading all letters to prevent mistakes like this happening again.”