A ‘jobsworth’ parking warden slapped a driver with two parking fines while he was delivering implants for urgent hospital operation.

Anthony Fleetwood was parked outside the renal unit to deliver crucial components for surgery to save patients’ limbs and joints when he was ‘antagonised’ by a parking warden.

The courier driver, who delivers to dozens of hospitals, was working on behalf of orthopaedic company Stanmore Implants which creates technology for attaching prosthetic limbs.

It is the second £60 fine the 54-year-old has received from the same warden in two days at Wycombe General Hospital, where he said there were no spaces or designated loading bays and delivery drivers are forced to pay to park.

Anthony, who has been making deliveries for 30 years, said: “I was so angry because that attendant is the one that told me to park in the bay in the first place.

“The job was not casual, I was delivering an implant for an urgent operation which had to be sterilised.”

“When I got back to the van, I saw him putting the ticket.

“I asked him why but he wouldn’t tell me.

“It felt like the second time he was just doing it to antagonise me.

“A police van was in attendance and I asked the officer where else I could have parked and he admitted there wasn’t anywhere.

“Parking is really limited at the hospital. It was just really annoying.” 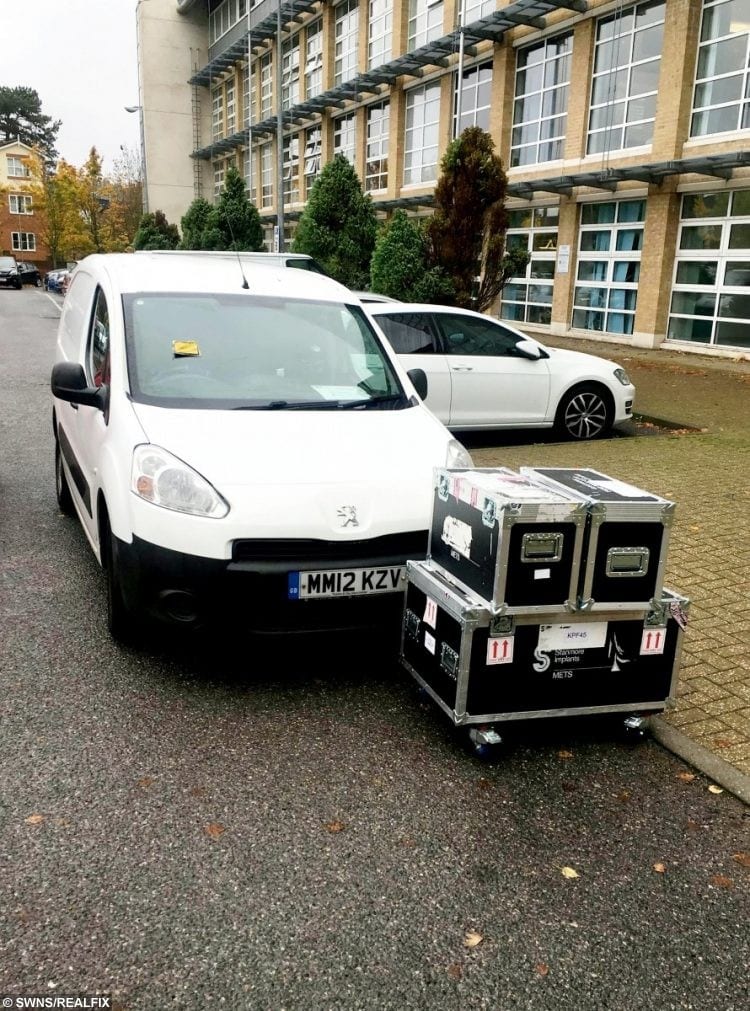 Bucks Healthcare NHS Trust disputed Anthony’s claim but the delivery driver’s parking charge was dismissed when he appealed the ticket.

David Williams, directory of strategy and business development at the Trust, said: “We have dedicated loading bays at Wycombe Hospital to enable the delivery of important clinical supplies, such as implants used in theatres, without disrupting the day-to-day running of the hospital.

“Based on the photographs, this particular delivery driver has chosen not to use the loading bays and we will make a renewed effort to ensure our suppliers are very clear on where to park to deliver their goods.”

Anthony, who makes regular donations to the British Heart Foundation, is still in the process of appealing the second fine.