Just eight days left to save this little boy’s life

Alexander Vinson, 2, photographed at Paultons Park, nr. Romsey, Hampshire. See SWNS story SWWEEK: A family have just a week to raise Ã125,000 after the NHS refused their son the same life-saving cancer treatment as Ashya King - because his rare tumour is "not on their list". Doctors told Raluca and Phil Vinson that two-year-old Alexander would benefit from proton beam therapy (PBT) after he was diagnosed with a brain tumour in July. The radiation treatment accurately targets tumours and was successfully used to treat Ashya whose parents took him abroad after he was refused the treatment in the UK. Alexander was also denied funding for the procedure and earlier this month his parents started raising the Ã150,000 themselves in the US earlier this month. But the fast-growing cancer is not being halted by chemotherapy he is currently having and his parents hope to get him on the next appropriate trip to Oklahoma on November 23.

A family have just a week to raise £125,000 after the NHS refused their son the same life-saving cancer treatment as Ashya King – because his rare tumour is “not on the list”.

Doctors told Raluca and Phil Vinson that two-year-old Alexander would benefit from proton beam therapy (PBT) after he was diagnosed with a brain tumour in July.

The radiation treatment accurately targets tumours and was successfully used to treat Ashya whose parents took him abroad after he was refused the treatment in the UK.

Alexander has also been denied funding for the procedure and earlier this month his parents started raising the £150,000 themselves to have it carried out in the US.

But chemotherapy is failing to stop the tumour and his parents are now aiming to get him on the next available trip to Oklahoma on November 23. 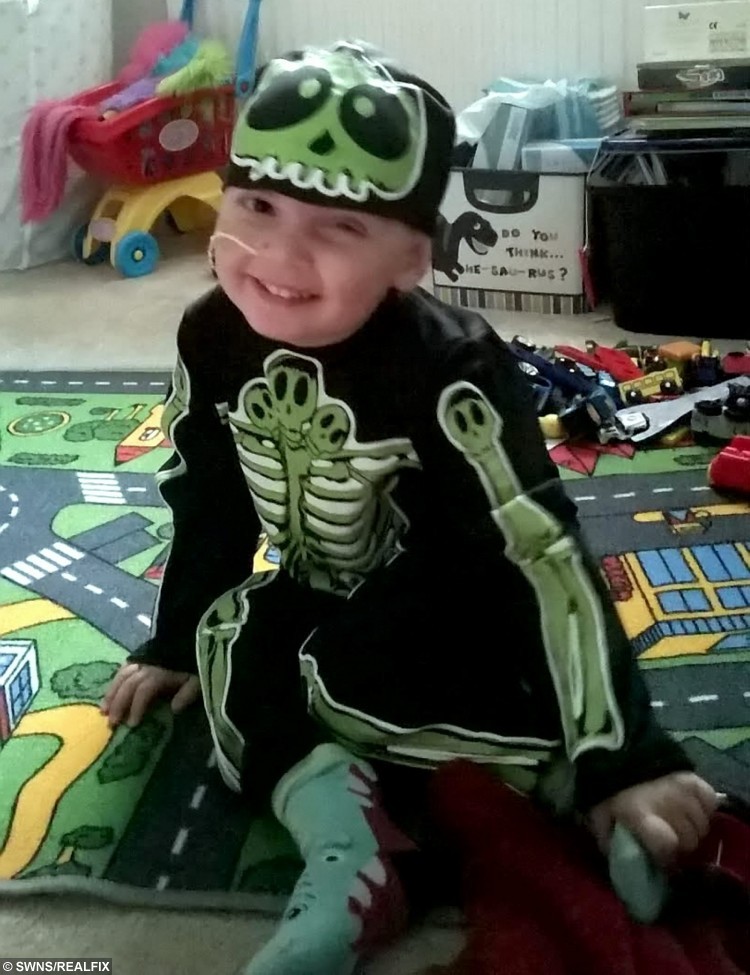 They have just eight days to make the arrangements and book the flights for the trip.

Raluca, 35, has accused the NHS of treating her little boy “like a number” and “not a person” by refusing him the life-saving therapy.

She said she was told Alexander would not be given the treatment as “the prognosis was bad” – despite doctors at Southampton Hospital saying it could work.

She said: “We have been advised by the radiotherapist in Southampton.

“We asked him which type of radiation therapy would be better for him and he said proton beam.

“Radiotherapy is a very important part of the treatment. PBT means it doesn’t affect any of the cells around the tumour and that gives him a better chance of living a better life.

“Of course we want PBT because we want the best for him.”

“The oncologist made an application to the NHS but it wasn’t on their list. They said the treatment was not suitable for this type of tumour.

“I’m sure they have a whole lot of cases and they need to choose from them. I don’t want to dispute their decision but obviously we want to be chosen.

“I don’t know what to think. We just go with what the doctors say.

“They probably don’t have time to look at every case in detail. I felt angry and disappointed.” 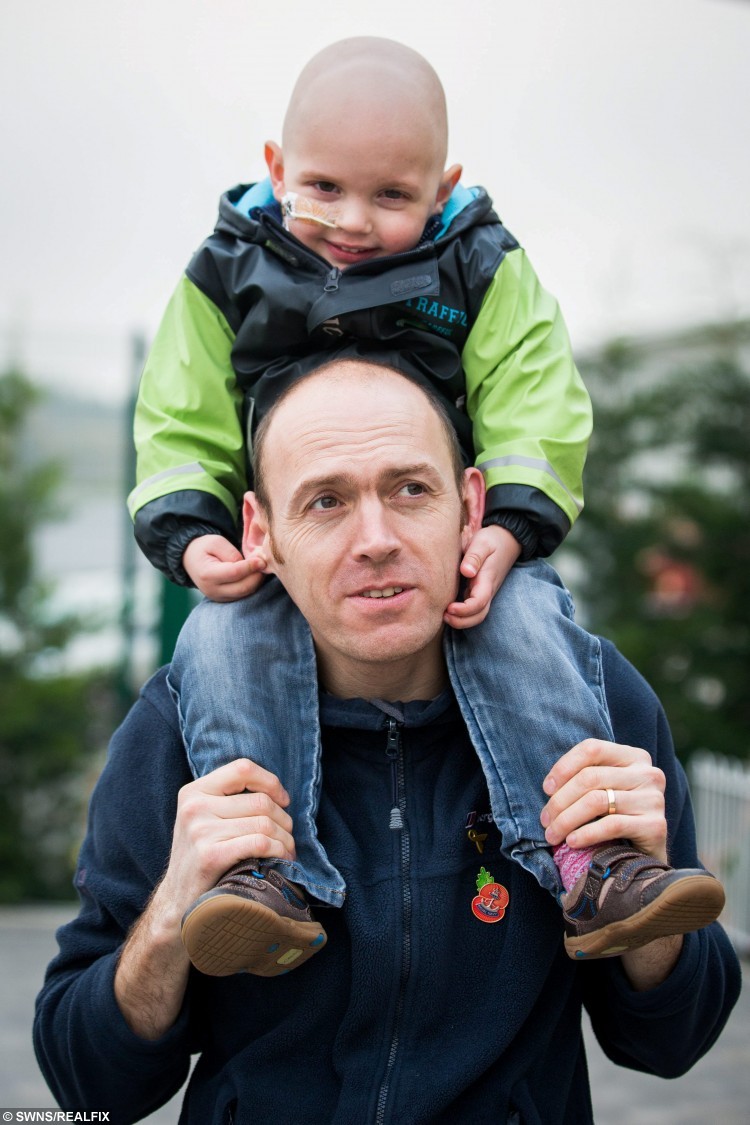 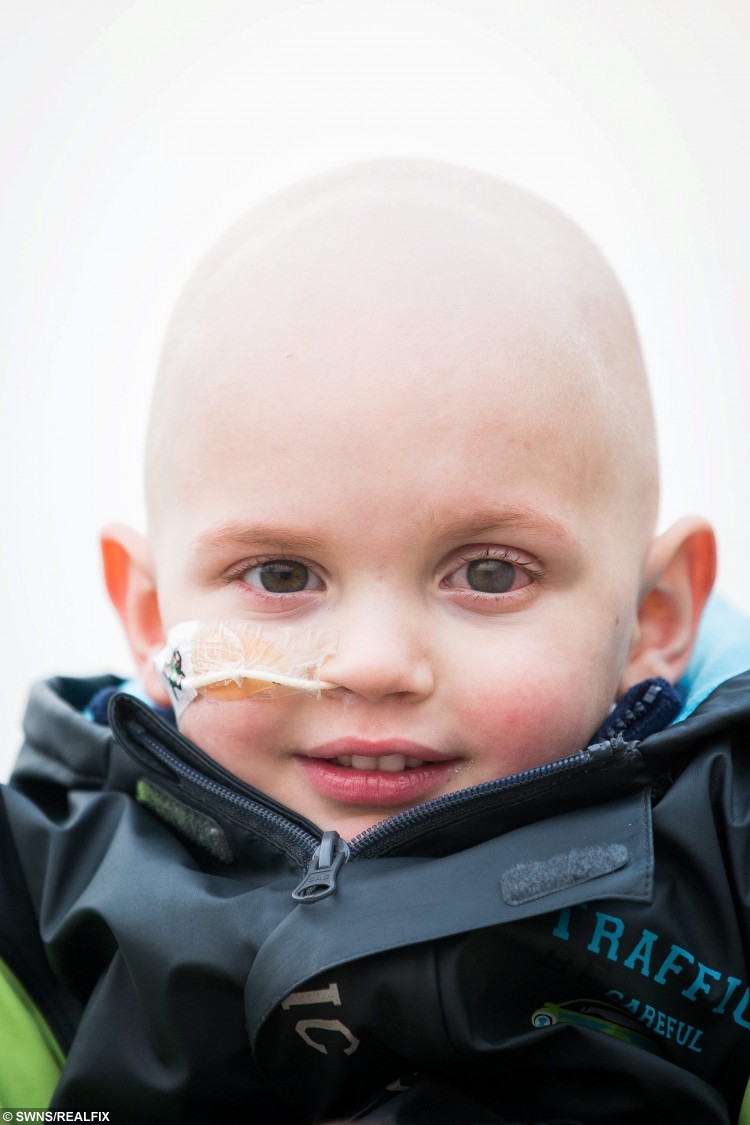 Alexander was diagnosed with the rare cancer – teratoid rhabdoid – on holiday in Romania visiting his mother’s family and has already undergone two eight-hour operations.

He has also had three rounds of chemotherapy at Southampton General Hospital – the same unit where Ashya King was removed by his parents.

With six more rounds of chemo to go, he has been given about a 60 per cent chance of survival.

It is understood they need to raise the money by November 21 in order to be able to book the first appropriate flight to America on November 23.

The treatment itself costs about £80,000, but money is also needed for accommodation, flights and any medical help he will need after the procedure.

Mike Hyman, co-founder of Kids ‘n’ Cancer charity which has donated #10,000 to the appeal, said: “Alexander’s parents, have shown strength beyond anything I’ve ever known, and even now as their little boy continues with chemotherapy have retained the belief that they can get their son this vital treatment.

“I’m now calling on the public to fully back this appeal set up by Kids n Cancer to help take this little boy to America for the treatment he deserves.

“The public has the power to save a life here.” 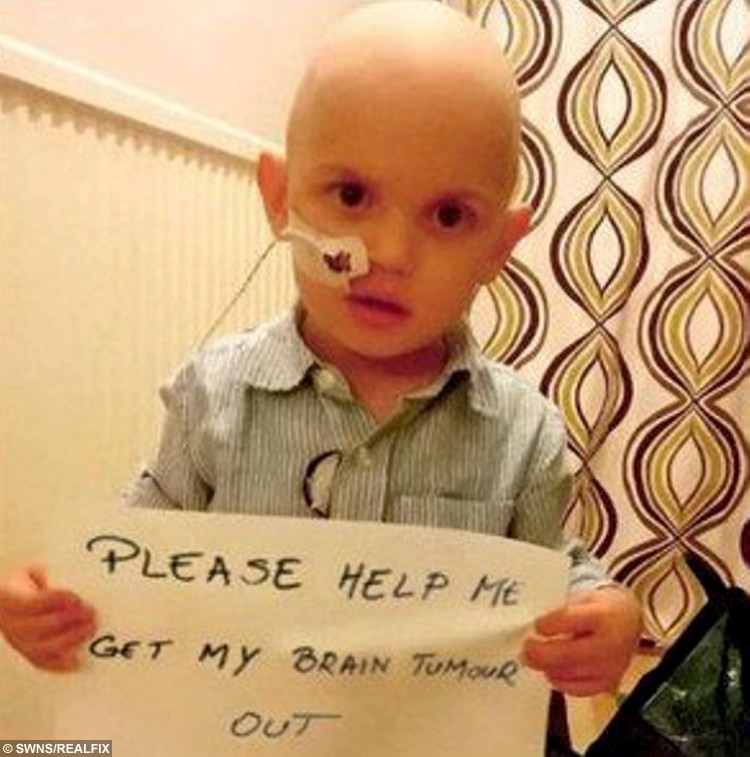 NHS England said: “There is a set list of cancers that have had clinical evidence that they can benefit from this treatment. It is not on that list.

“Naturally, we can imagine that as a parent you are going to want to try everything. Decisions have to be taken over whether it is or isn’t effective.

“There is no evidence of this treatment being effective. It is a specialist and very rare treatment and the list doesn’t include his particular tumour.

“There is a balance between a family that wants to try everything and the need to make these decisions.”

“We have real sympathy with any family facing these illnesses.

“These are really difficult decisions, which is why they are made by a panel of expert clinicians, based on evidence on which patients would benefit from PBT, and clinical consensus on whether going abroad for treatment risks a negative impact on a patient’s other health and care needs.” 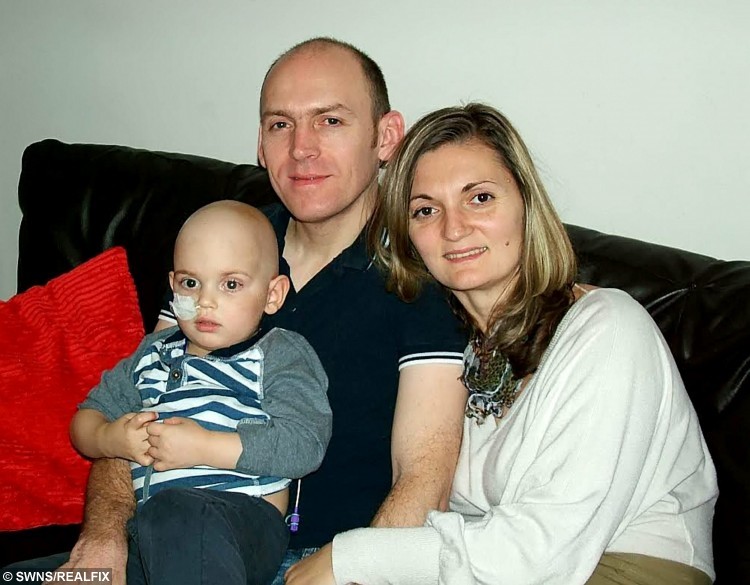 This love story will give you the chills!