A baby born with flat head syndrome has received life-changing treatment after a stranger paid for his entire treatment.

Little Lathan Beasley was born with plagiocephaly, which left his skull partly deformed, and needing a specially made helmet which forces his head to grow a certain way.

With colourful “TiMBand” treatment not available on the NHS, the family launched a fundraising push for the £2,000 treatment.

The six-month-old’s family was left stunned when just two weeks after they launched the appeal a lady handed them every penny of the cash. 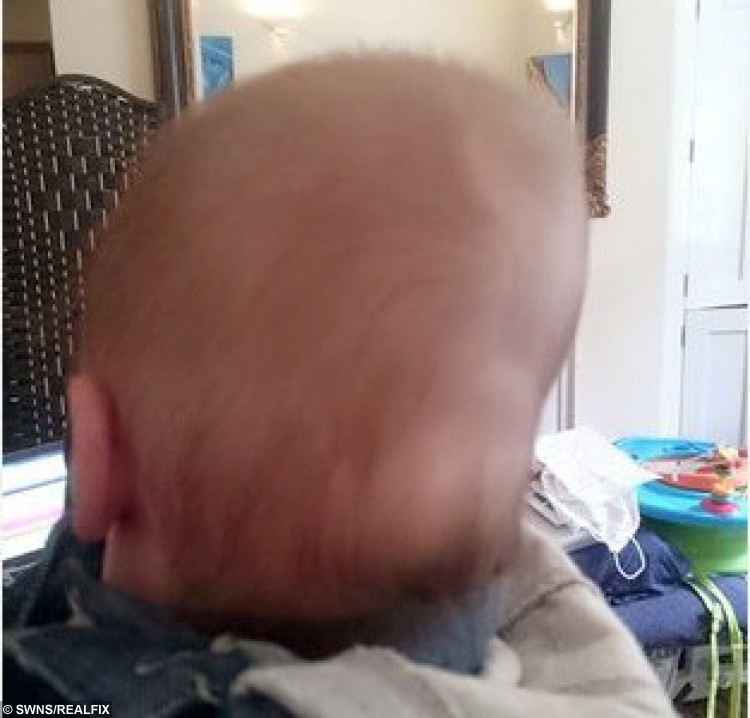 Mum-of-four Kyra Beasely, 30, said: “Now I’m thinking of ways to say thank you for something like this.

“We just can’t stop looking at Lathan to see how much it’s helped him.”

The specially made helmet works by only allowing growth within exactly defined limits so that the head shape reforms towards normality.

Treatment normally lasts for three to six months, when the baby will naturally grow out of the helmet, which is made from a foam liner and lightweight co-polymer shell.

Kyra said without the generosity of the donor, who wants to stay anonymous, it could have taken as long as a year to raise the money – meaning the band might have been less effective.

She said: “It’s horrible for a parent when you can’t do something your child needs.”

Kyra, from Cheltenham, Glos., added that the gesture “restored her faith in humanity” – because she had been conned out of £200 just days before the donation.

It has also been touching for Nathan’s brothers and sisters – Gavin, 12, Richard, seven and Isabelle, three – and dad Lee Beasley, 36. 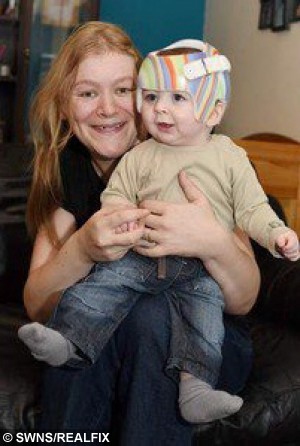 Kyra said: “It’s just made things more normal because we can just get on and we don’t have to worry about being careful with his head, and he can just look at us all much easier.

“They think their brother is special – Isabelle goes into nursery and tells her friends it’s magic.”

Lathan’s facial features had been moved forward on one side by the condition.

She said she will thank the woman with a memory box “to show her what she’s actually done for him, how much her generosity has changed it and helped it”.

Donations can be made through Kyra’s online giving page at justgiving.com/Kyra-Beasley1