A mechanic who lost several limbs to a life-threatening illness has received a state-of-the-art bionic ARM after his workmates clubbed together to raise £27,000.

Mark Camamile, 33, had both legs and right hand amputated after contracting the blood poisoning infection septicaemia, which he originally mistook as flu.

The dad-of-two was taken to hospital in October last year when his lips began to turn blue where he passed out and was placed in a medically induced coma.

Mark woke up four weeks later at Birmingham’s Queen Elizabeth Hospital and was told his legs had been amputated below the knees.

He has been slowly recovering since and on Wednesday (28/9) received a bionic hand, capable of imitating some of the most delicate grips and finger movements.

It took work colleagues at BMW just five days to raise enough money for the popular mechanic to receive the custom-made prosthetic.

“It’s just going to let me have my independence back – I am just so grateful to everyone that’s helped me. 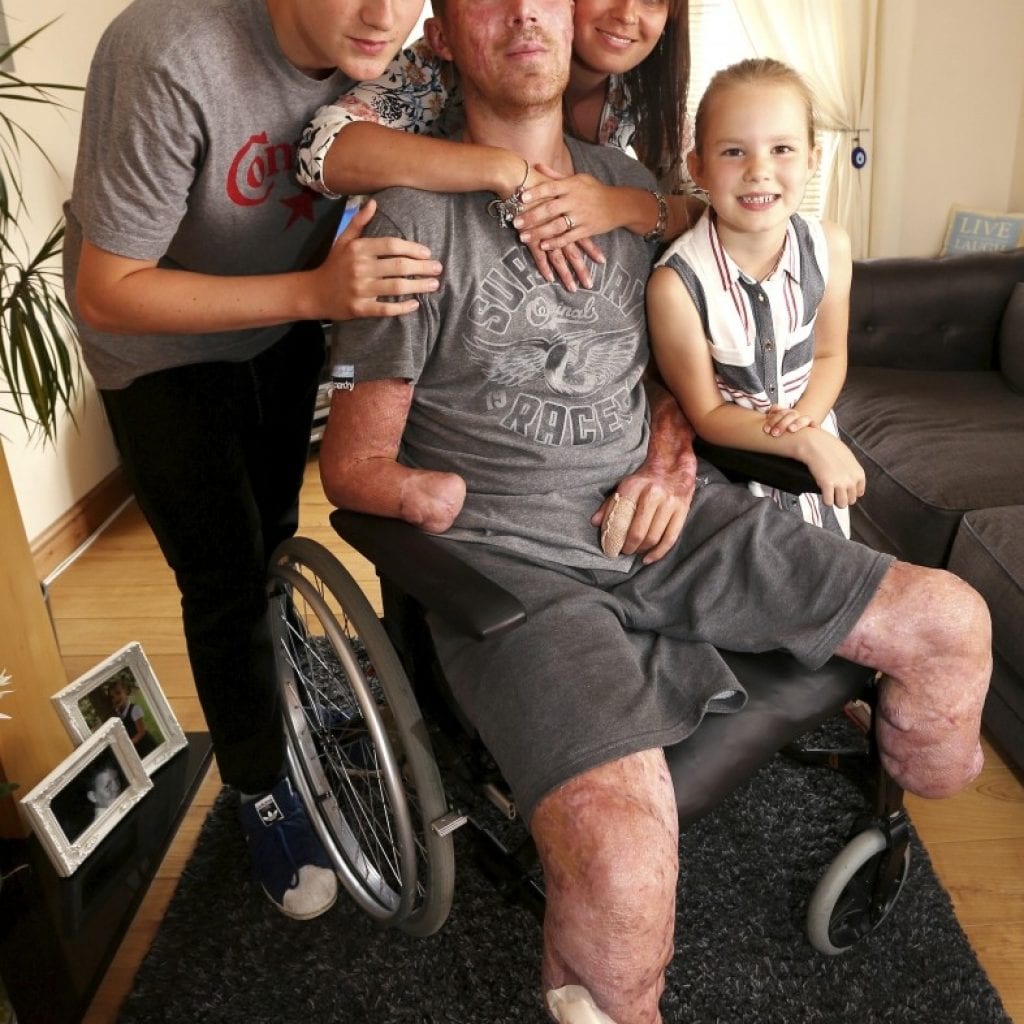 “On October 1 last year I was a perfectly fine, fit man – I went from that to it being all taken away.

“But what I received now is beyond incredible. I’ve been playing around with the hand and can’t believe how well I’ve taken to it.

“The whole of my forearm is carbon fibre and the hand is mechanical.

“It’s taken two sessions previously of making a mould – everything has gone like clockwork today.

“There are different patterns on here and I’ve been messing around with a pencil as well as other bits and bobs.

“It’s all brand new to me. I’ve been playing with it and seeing what I can do.”

“It’s going to help so much just to get back to normality and function, it’s going to be so good for him.”

The “bebionic 4” bionic arm has individual motors in each finger allowing a grip movement, with microprocessors which control the position of each finger.

As well as a number of different grip patterns it also has speed controls allowing users to perform delicate and robust movements.

The hand was fitted by Abdo Haidar, consultant prosthetist and director of the London Prosthetic Centre.

He said: “Mark will now have to strengthen his upper limb muscles again to be able to use the bebionic on a daily basis.

“The use of the bebionic is completely up to the individual and how often they practice using it.

“Mark is already able to pick up things such as a pencil or cup and we expect that Mark will learn to use all the different grip functions very quickly.”