by RealFix
in Animals, Health
0

A poorly dog with a rare medical condition is on the road to recovery thanks to a specially-designed HIGH CHAIR which helps him to eat.

Buck, a 17-month-old labrador, suffers from megaesophagus – which means he cannot eat food without being sick unless he is held in an upright position.

So university boffins and an animal charity teamed up to create the unique contraption to which holds the pooch in place so he can get down enough food. 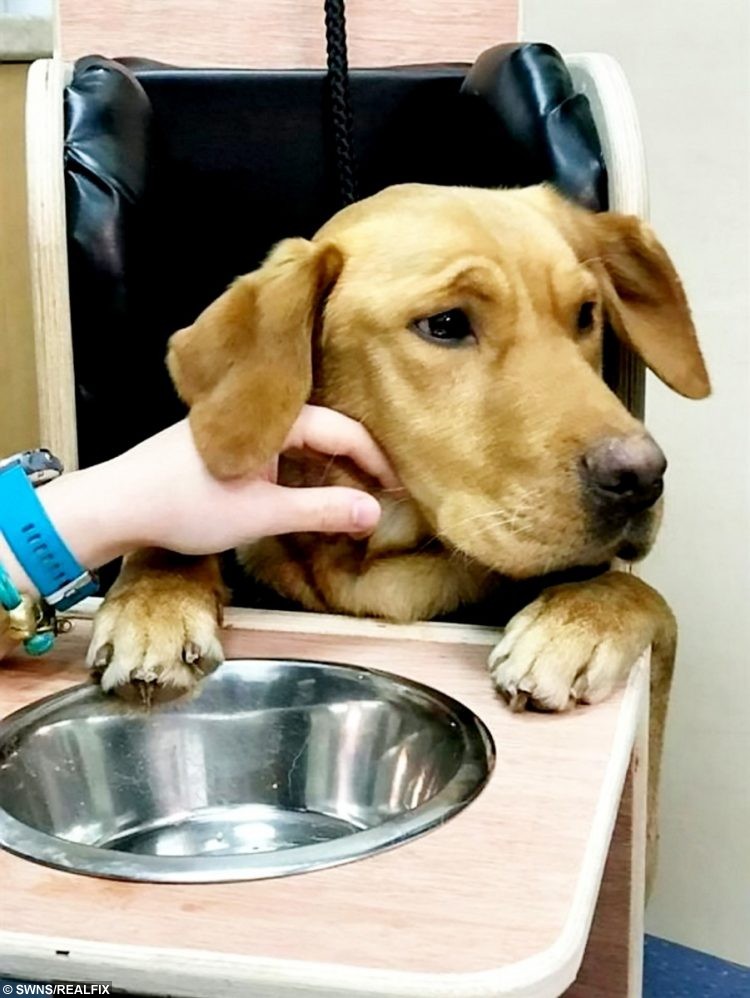 Buck currently weights just half of what he should at his age and faced the prospect of starving to death and not living beyond his second birthday.

But with the help of the high chair it is now hoped he can start piling on the pounds and live a healthy and fulfilling life.

Buck was taken in by the charity Team Edward Labrador Rescue before his story was spotted by University of Nottingham vet and teaching associate, Emma Drinkall.

Along with her partner Nick Rowan, a senior lecturer in product design and engineering at De Montford University, the couple designed and built the chair in just a day.

The high chair has been designed so that Emma and Nick can continue to adapt it as Buck hopefully gains weight and grows in the future. 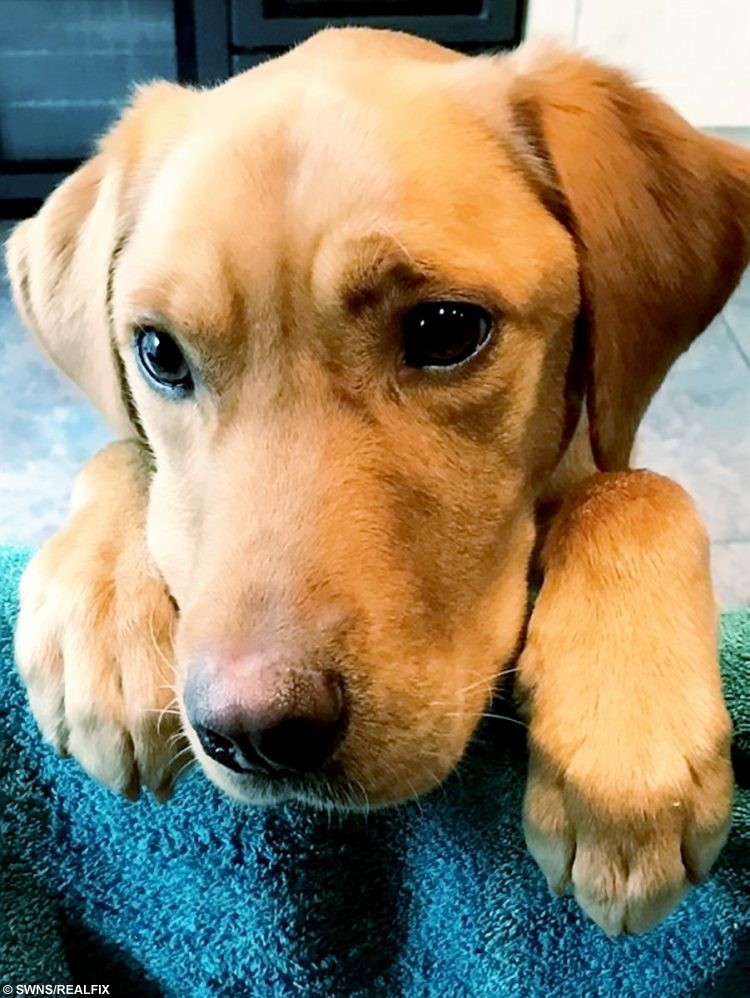 Buck has not regurgitated since using the chair and his carers have put him on a high calorie puppy food diet to help him improve his strength.

Emma, from the University of Nottingham’s School of Veterinary Medicine and Science, said: “We saw the Buck’s story on social media, and I knew we just had to do something if he was going to have a chance.

“Luckily Nick and I have the combined expertise and experience to build the chair quickly.

“There is currently no surgery available for dogs with this condition, and as Buck is already receiving the medications that can help, the one thing other thing that could help him keep his food down is gravity itself.

“Being upright while feeding will help the food drip through the sphincter that controls access to his stomach.

“Dogs with mega-oesophagus are at risk of developing very serious chest infections which can prove fatal, because they can accidentally breathe in food particles when they regurgitate their food.

“We hope that by feeding Buck this way and stopping him from regurgitating we will minimise the risk of this additional complication developing. Wendy, Team Edward Labrador Rescue, David Bucks’ foster Dad, and Laura Buck’s Vet have all done an amazing job with Buck so far.” 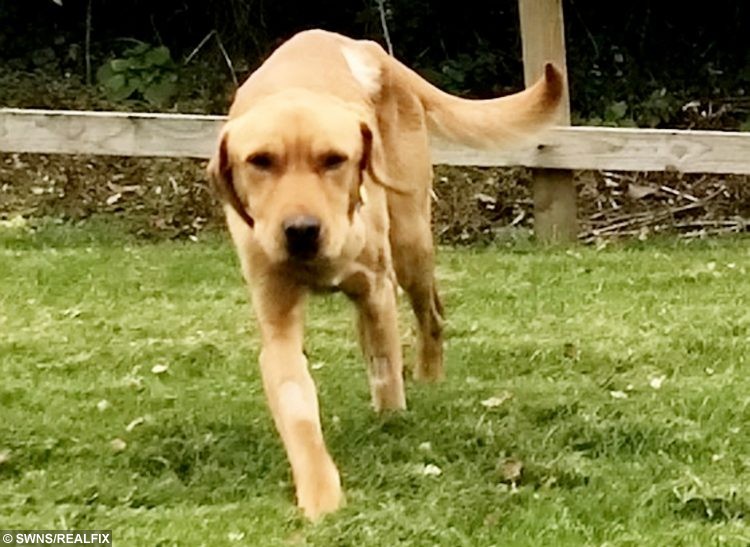 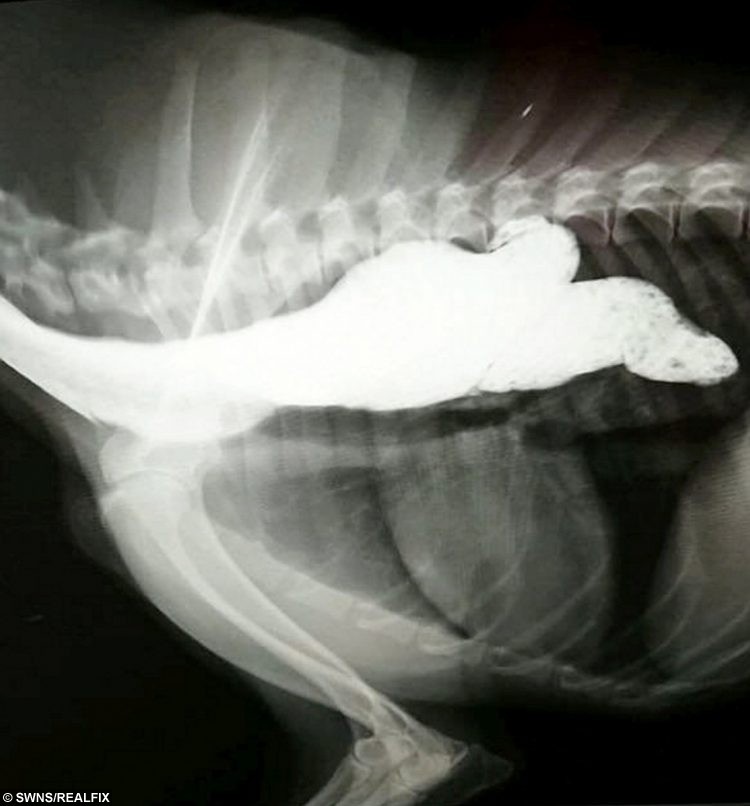 Nick said: “I’m just so pleased with how it fits, how comfortably he sits in it and how happy he is to be fed like this.

“He is the same width in his shoulders as our own 5 kilo Jack Russell, so without meeting Buck ourselves, we had to double check his measurements during the build – it just didn’t seem right for a big dog like a Labrador.”

Vet Laura Pearce, from the Lawrence Veterinary Centre in Eastwood, Notts., has been Buck’s vet since he was rescued by the charity.

She said: “I am actually surprised that Buck has lived as long as he has with this condition.

“His oesophagus is abnormal in that it’s enlarged and has lost its tube-like state that pushes food through to the stomach.

“It means little of the food he eats actually makes it into his stomach for digestion, most gets stuck in pouches in the oesophagus or is regurgitated again.”

Buck weighed only 17kg (37.4lbs) when he was taken in by the charity Team Edward Labrador Rescue which are based in Mansfield, Notts. 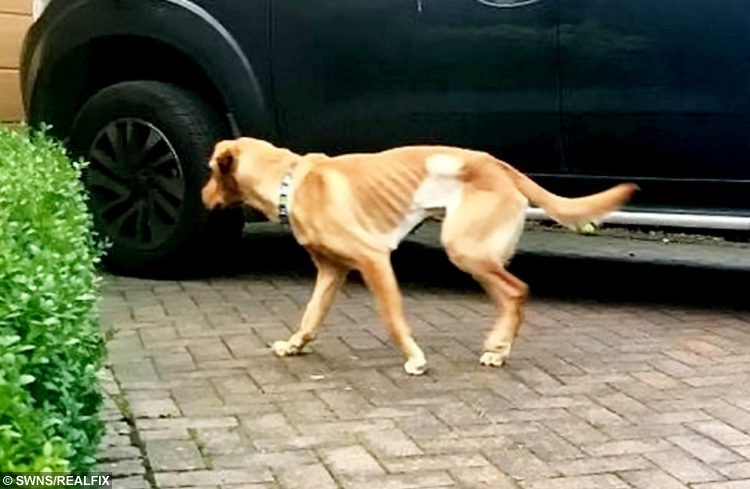 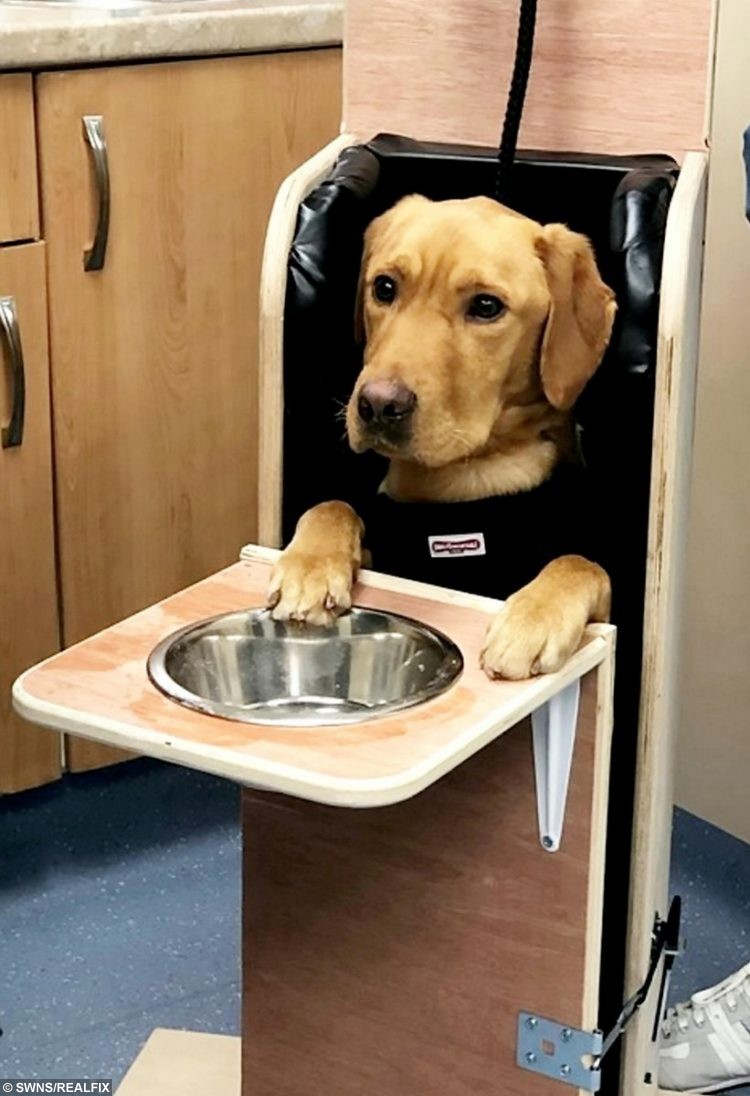 “The previous owner said they were really struggling to feed him but when I saw him I thought ‘wow, I’ve never seen a labrador that thin before

“It was just the most fabulous sight to see Buck eating in the chair and happy to be in it.

“To see how he sat in it straight away and get stuck in was incredible, it just pulls at your heartstrings.”