A little girl who was told she would never walk has taken her first steps during lockdown – and is now on a mission to keep going.

Holly Reid, five, was born with cerebral palsy and spent the first eight months of her life in hospital.

But last week, her delighted parents captured footage of her walking for the first time after she held herself up on the sofa and started ‘cruising’ along.

Now her parents Stephanie and Dan Reid, 38, are helping her complete 100 laps of the sofa to raise money for her special school – and she has already made over £8,000. 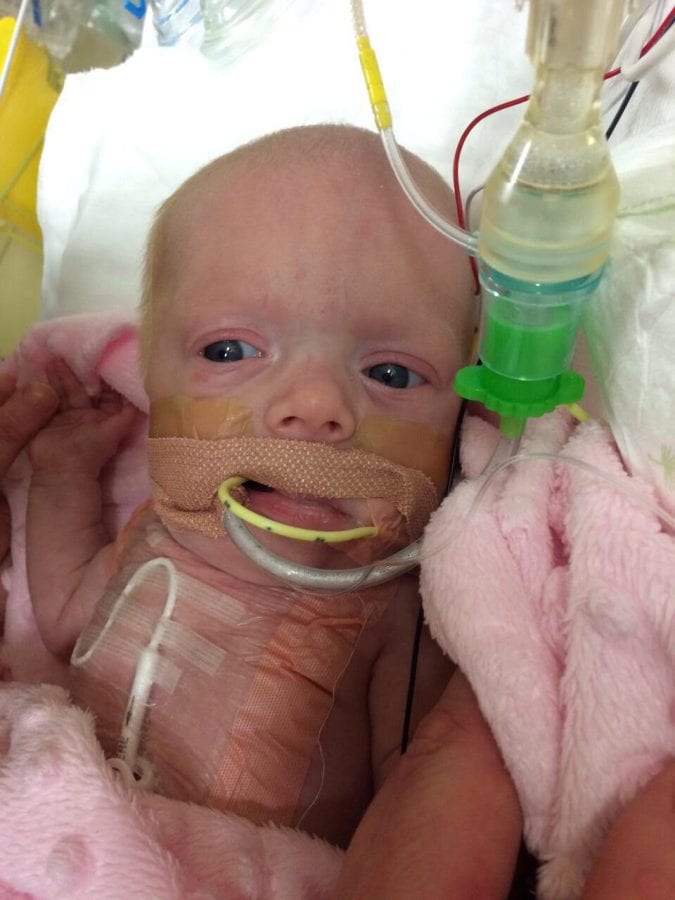 Mum Stephanie, 39, said: “It was amazing, absolutely amazing. When she was born we were told she had severe brain damage and they didn’t think she would be able to do anything.”

At the start of isolation the family were given a standing frame for Holly to help her movement.

Stephanie said: “She’s been going in that and kicking her legs higher and higher. From there she just put herself up against the sofa and started to cruise it.

“That to us is our lottery ticket, you just don’t need money when you get things like that.”

Holly’s condition was caused by being born 13 weeks early due to twin to twin transfusion – a rare pregnancy condition affecting identical twins where one baby receives more blood and nutrients than the other in the womb.

She communicates using sign language and has difficulty with her movements. 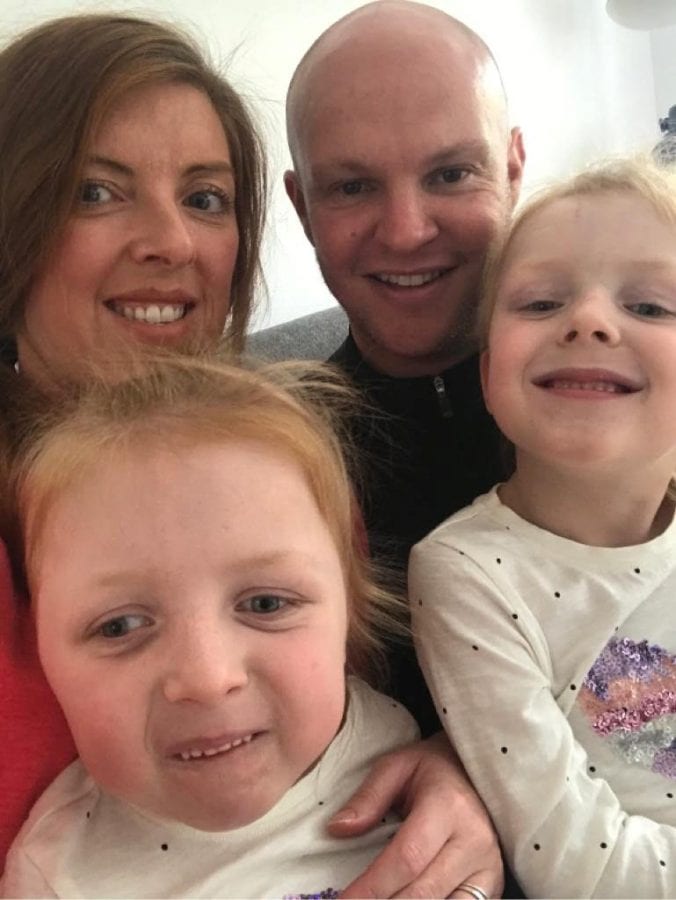 Stephanie said: “We were told that she would never walk by the doctors when the signs showed quickly after she was born there was something wrong. They said that it was really bad.

“We had no expectations and the things she does are a bonus. We always hold our hope and faith as without that you have nothing.”

Holly’s twin sister, Rosie has been supporting her to move her way along the sofa.

The mum-of-two added: “Rosie really helps Holly along. Rosie is so supportive when she’s walking and she will stand at the end clapping her.”

Holly’s parents have now set her the challenge of doing 100 walks along the sofa, in as many days as it will take her.

The family, from Padgate, Cheshire, are in full isolation during the pandemic because of Holly’s health.

Stephanie, who works as a dispenser optician and Dan, a fireman for Cheshire Fire Service, are enjoying spending more time with their two daughters.

Stephanie started a fundraiser for the project with the initial aim of raising £100 to buy some new toys for Holly’s class at Green Lane School.

It has now made more than £8,000 and the new aim is to help fund a minibus for the school, which is desperately needed.

Stephanie said: “The total just got bigger and bigger. We were on the minibus at Christmas going on a school trip and it broke down.

“Originally we were just going for a few toys but if we could get them a new minibus that would be great.

“We just want to thank the school.

“Holly chokes a lot and the school just deals with that everyday.

“We don’t trust easily where Hol is concerned because she has so many complex needs but the school is amazing with her.

“We trust them with our lives.”

Holly is aiming to make five crossings of the sofa a day until she gets to 100 – but how many she can do each day depends on her strength.

She started walking on 13 May and has just under 70 laps to go before she reaches her target.

Donations can be made to Holly’s fundraiser here: https://www.justgiving.com/crowdfunding/stephanie-reid.