A lucky dog has amazed vets after surviving for five months with an eight-inch wooden kebab skewer lodged inside her chest.

Bessie the Labradoodle had lost her appetite, lost weight and lost energy since the summer but after undergoing a series of tests with her local vet, there was still no answer.

The nine-year-old dog was finally referred to Southfields Veterinary Specialists, in Essex, after two lumps appeared on her chest.

The veterinary specialists carried out a series of diagnostic tests to identify their cause but even experts were surprised by what they discovered.

Clinical director Henry L’Eplattenier said: “The most striking finding was seen on a CT scan of Bessie’s chest, where a long straight object could be seen in the lower portion of her chest, causing lots of reaction around it.

“We strongly suspected this was a foreign body, so Bessie was taken into surgery the following day.

“I opened her chest bone to seek out the foreign object – and removed an eight-inch long kebab stick. 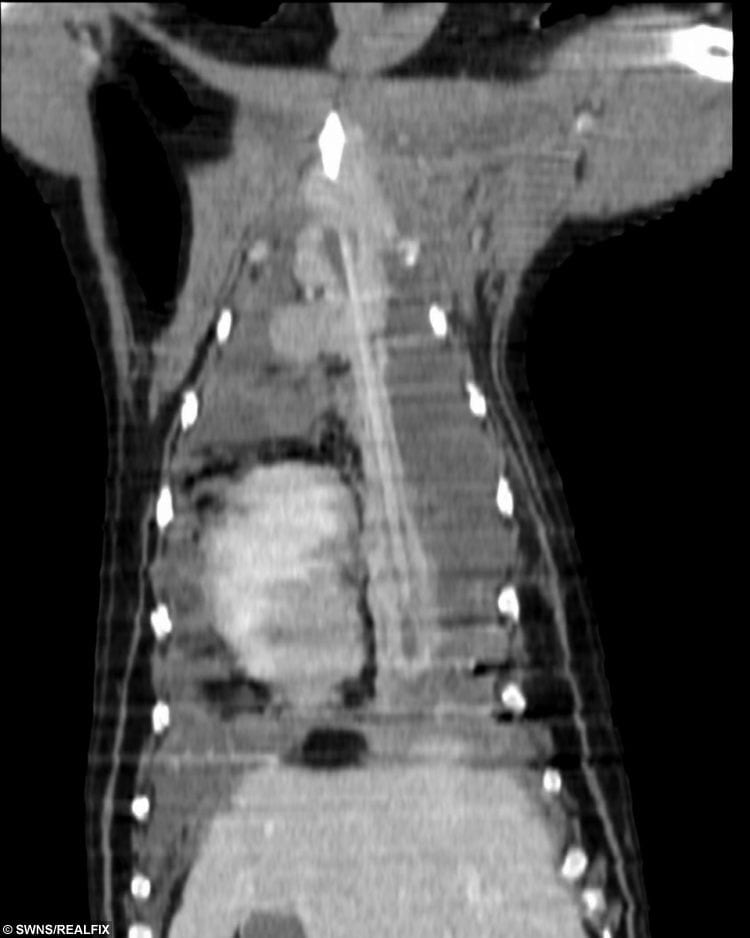 The Labradoodle’s owners had no idea how the stick could have got into Bessie’s chest but said the most likely explanation is that she ate it during a barbecue in the summer.

The stick is believed to have perforated her oesophagus and migrated into her chest and became lodged.

Mr L’Eplattenier added: “It’s amazing that it pierced all the way through and into the chest but missed all the vital organs, so Bessie was very lucky indeed.

“After the operation, we kept her here for a few days to allow her to fully recover and now Bessie’s returned home in good shape with her owners reporting she is back to her joyful normal self.”

Southfields Veterinary Specialists, which is based near Laindon, in Essex, pride themselves on their state-of-the-art facilities and expertise.

Bessie’s recovery is another success story for Southfields’ centre of excellence.