Man loses half his body weight to find love (Spoiler alert: He does!)

Alfie Mulroy, 22. See Ross Parry copy RPYHUNK: Alfie Mulroy, 22, won the girl of his dreams, Bridget Gallagher, 21 when he lost half his body weight. An overweight man who ballooned to 20 stone shed almost HALF his body weight to find love - and transformed into this HUNK. Graduate Alfie Mulroy, 21, piled on the pounds after starting university and as the scales went up, his confidence started to plummet. When the student, who was unlucky in love, plucked up the courage to weigh himself on Boxing Day in 2013 he saw a whopping 20st 2lbs staring back at him and decided to get fit. After watching his diet and running regularly, Alfie shed an impressive eight stone in just eight months and found love along the way.

An overweight man who couldn’t get a girlfriend after he ballooned to 20 stone shed almost HALF his body weight and transformed into a babe-magnet HUNK.

Graduate Alfie Mulroy, 21, piled on the pounds after starting university and as the scales went up, his confidence started to plummet.

When the student, who was unlucky in love, plucked up the courage to weigh himself on Boxing Day in 2013 he saw a whopping 20st 2lbs staring back at him and decided to get fit.

After watching his diet and running regularly, Alfie shed an impressive eight stone in just eight months and found love along the way.

Alfie said: “I made the decision on New Years day in 2014 that I was going to lose weight. It was my New Year’s resolution. By the time it got to August last year I had lost eight stone.

“I went out and bought a copy of Men’s Health and it had dietary plans and workouts in it. I found the best thing to do is find something that you enjoy, and for me that was running.

“I am ten times more confident and I have found a girlfriend that I am in love with. I have had girlfriends in the past but I never believed that I was worth pulling.” 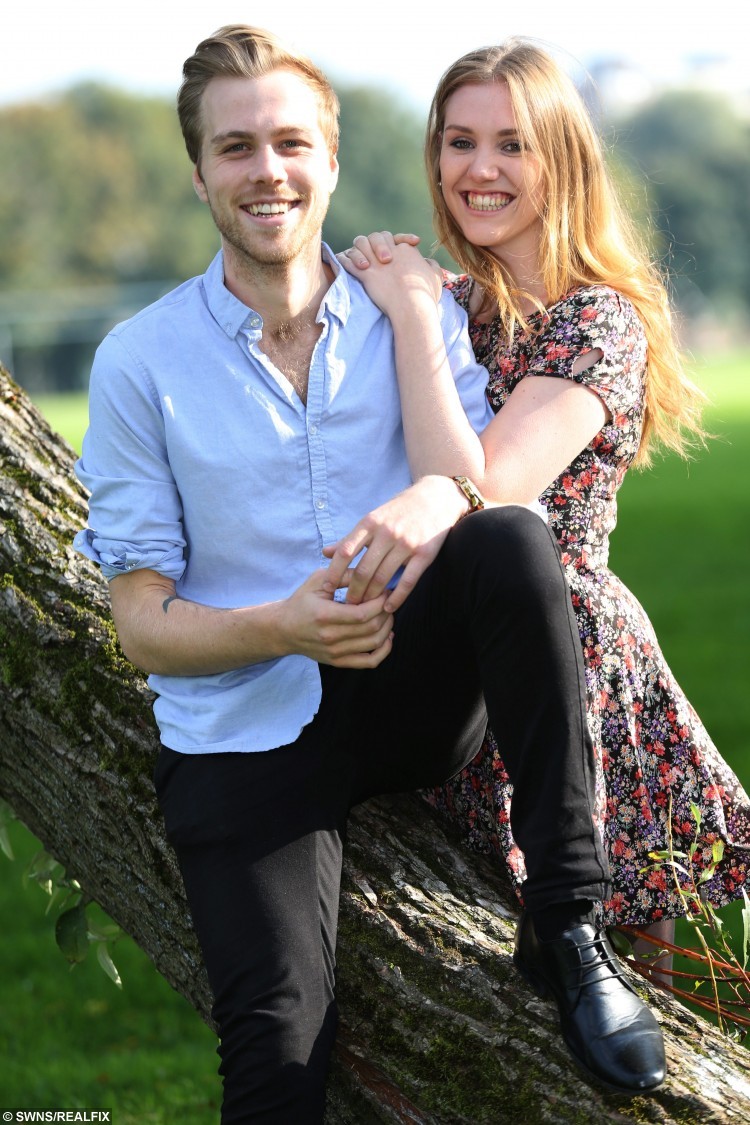 Alfie met girlfriend, Bridget Gallagher, 21, through mutual friends at University of Salford, Mancs., when he had just started his weight loss journey.

The pair struck up a strong friendship and after six months Alfie had built up the confidence to ask her out.

Alfie, of Scarborough, North Yorks., said: “I first met Bridget when I was about three months into my weight loss. We didn’t get together until September last year so I was down to the weight that I am now.

“When I saw her for the first time I was blown away by her but I didn’t act on it because I didn’t have the confidence.

“I wasn’t confident and it was horrible. I would never admit that I was unhappy. I would be like ‘yeah, it’s fine’ and I just tried not to think about it.”

“When I first started to lose weight it was because I wanted to look better. Men do get low self confidence the same way women do. There are men out there that are painfully self conscious.”

Bridget, who is in her final year of a Drama and Theatre Studies degree, said when she first laid eyes on Alfie following his weightloss, she could not believe her eyes.

She said: “After we first met I didn’t really see Alfie through the summer and I didn’t see any photos of him.

“He was a completely different person when we first started dating and I didn’t even recognise him. When I saw him he looked really buff.

“I always was attracted to him and I always wanted to be around him. Our problem was we were both quite shy until he got this new confidence.”

Alfie, who has started his PGCE in Liverpool, began his weight loss by controlling his portion sizes and changing his eating habits.

The 21-year-old student couldn’t afford a gym membership or expensive weight loss supplements and instead spent £50 on running gear and hit the park.

After running up to four times a week and increasing the distance each time, the weight started to drop off.

He added: “I started to run and I naturally loved it. It gave me time to think and time to myself. It didn’t take long to feel like I was losing weight.

“After about a month I saw a friend that I hadn’t seen for a while. He started saying that it was really noticeable that I had lost weight and even though it was only about ten pounds, that reassurance was great.” 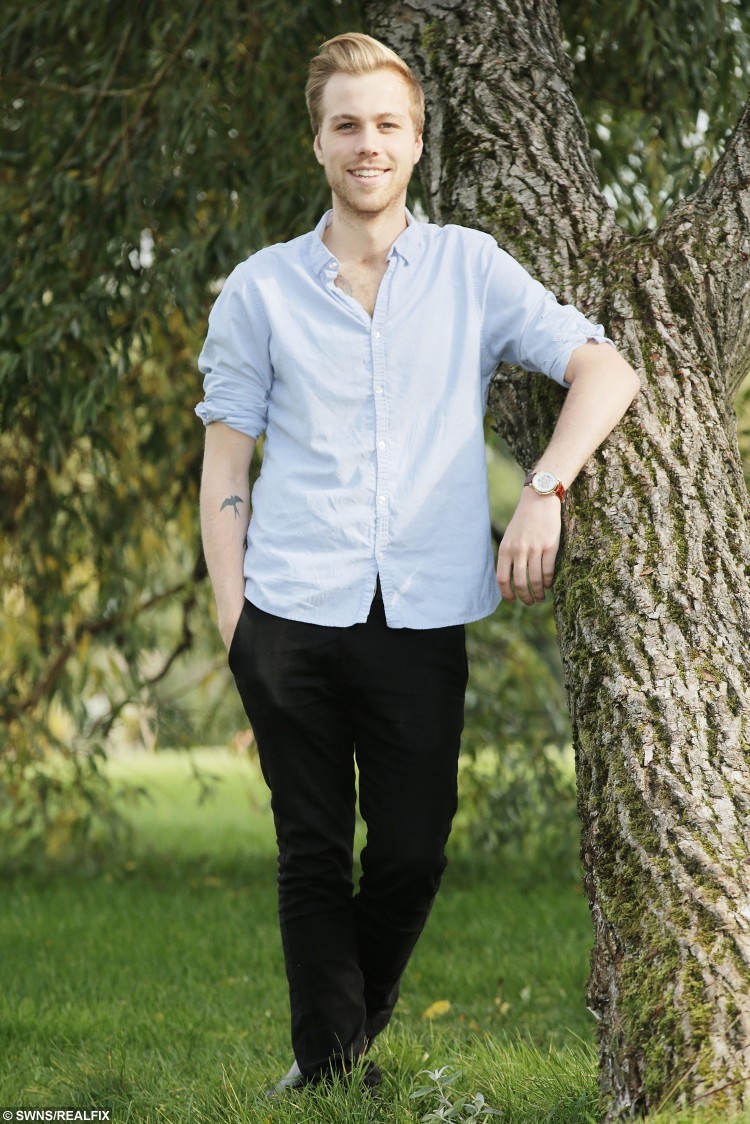 “Hearing praise off people kept me from falling off the bandwagon. Being overweight is not a good thing to be. You don’t feel good about yourself.

“Going to the gym wasn’t something I wanted to do. I felt insecure and didn’t want to be surrounded by all those gorgeous men and women that I felt would judge me.

“I think it is a pride thing for men who don’t want to admit that they are unhappy with their weight. For me it was the worst time of my life knowing that I didn’t look great.”

“In the past my heart was never in it when I wanted to lose weight but when I got to 20 stone I was horrified. I had lied to myself and when I saw those numbers on the scale I thought that is a stupid level to get to.”

Alfie now weighs a steady 12st 3lbs and says that his weight loss has helped him find love with Bridget, a drama student, while also improving his confidence, social life, studies and happiness. 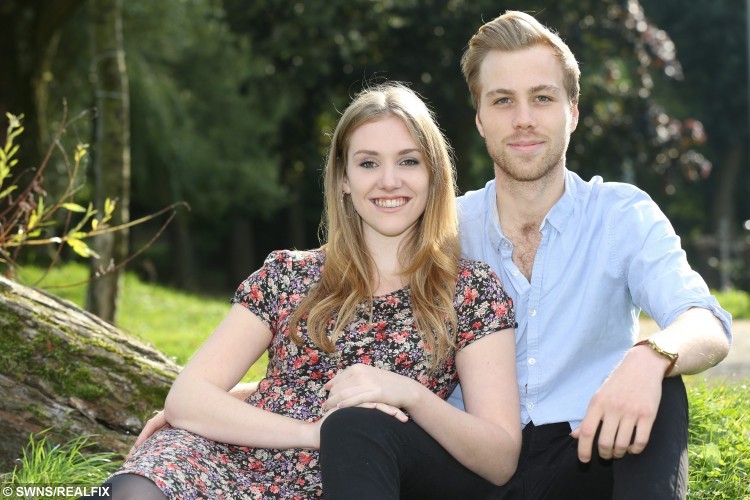