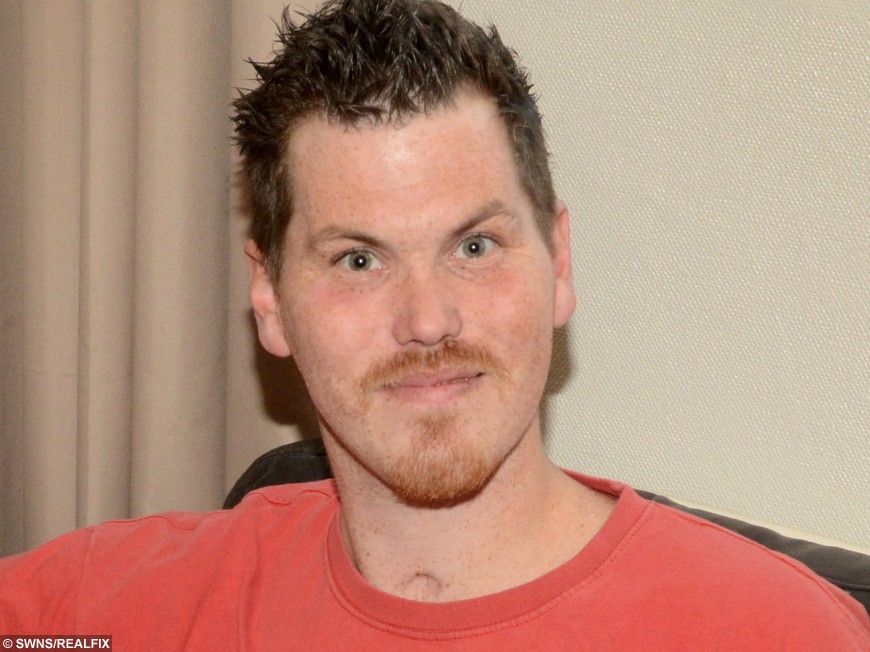 A man has told how he had three heart attacks and lost SIX YEARS of memories after he suffered a 33,000-volt electric shock that should have killed him.

Ashley Coe, 31, was helping to built a new solar plant when a nearby digger hit an overhead cable, causing electricity to surge into his body.

Former keen surfer Ashley’s heart stopped for 35 minutes and when he eventually woke up he thought he was aged 23.

He also has muscle problems which will prevent him working again.

The two companies behind the building work have now been fined £250,000 and £35,000 for safety failings following the incident. 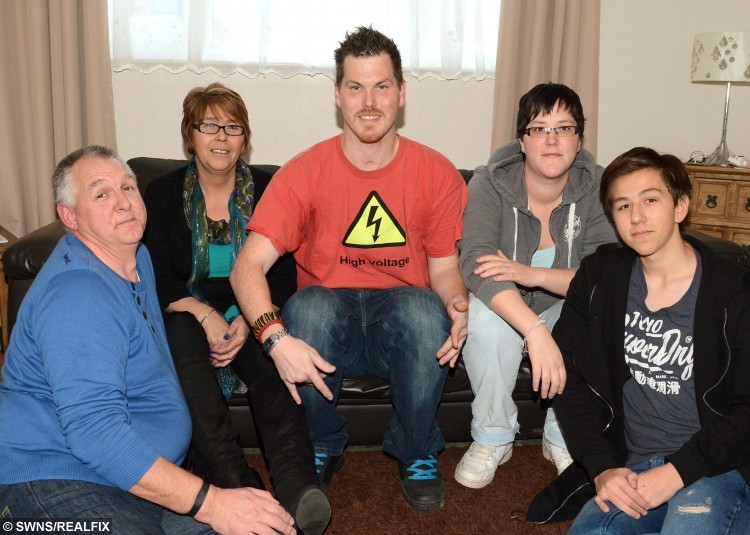 Ashley with his family

Speaking for the first time about his ordeal, optimistic Ashley, from Barnstaple, Devon, said: “I just look forward now.

“My uncle takes me swimming but he called it controlled drowning.

“Even if I never surf again there are other things I can do, I can do most things, it just takes me longer.

“I can never work in a normal sense again. I did want to go back doing general building but that is never going to happen.

“The saying goes ‘you get lemons, make lemonade’. You have got to make the best of a bad situation.”

Ashley was working on a farm in Huntshaw, Devon, when the accident happened in March 2013.

A digger struck the overhead cables while reversing and he was helping to control a drum which was laying a cable in a ditch, a court heard.

The arm of the digger either hit the overhead line, or came so close that the current arced through it, and entered Ashley’s left hand and earthed in his toe on his right foot.

He was unconscious for 13 days and spent a total of four months at Royal Devon and Exeter Hospital before having to learn to walk and talk again.

Ashley still bears the scars of his electric shock, and has to have regular Botox injections to relax the muscles in his right leg.

But his mum Debbie, who helps to look after her son, said she was “amazed” by his determination.

“He has done so much and come a long way. I think he is an inspiration.” 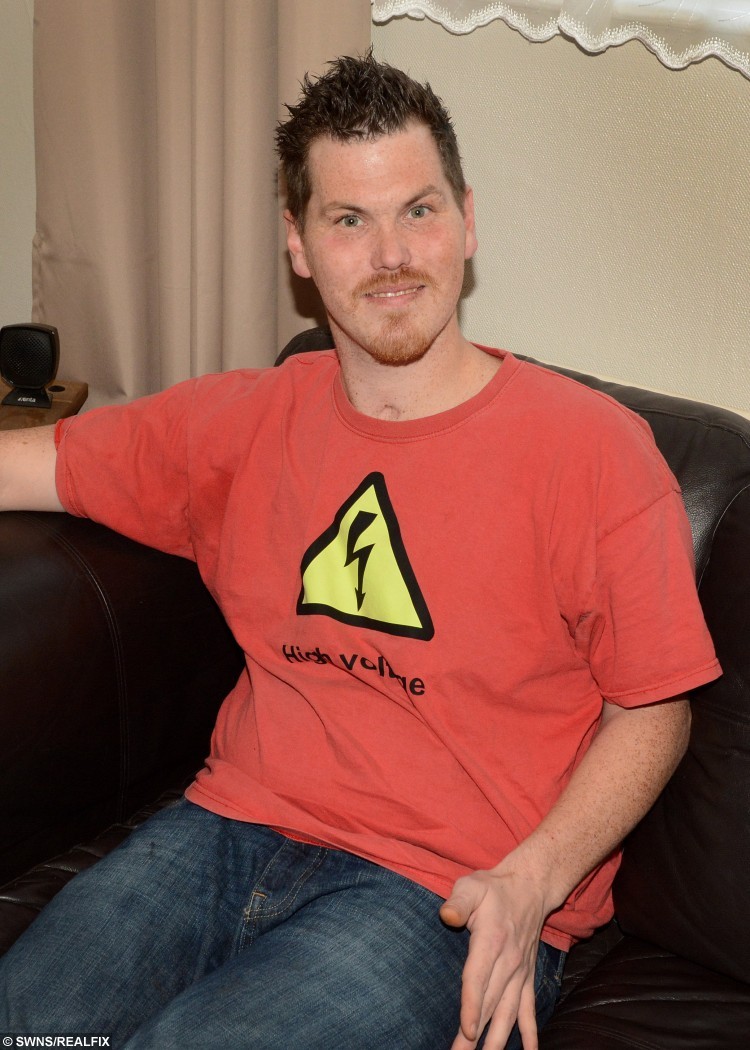 Somerset-based British Solar Renewables – who were building the project – admitted breaching the construction, design and management regulations by failing to ensure the safety of power cables.

Specialist sub contractor Pascon admitted a single charge of failing to plan, manage and monitor construction work adequately, and was fined £35,000, with £25,000 costs.

Prosecuting, Simon Morgan, told Exeter Crown Court the cables should have been protected by fencing, goal posts and bunting to stop vehicles operating beneath them.

Defending BSR, Timoty Horlock QC, said the company took safety at the site very seriously but were not aware that fencing near the overhead lines had been moved.

Andrew Langdwon QC, for Pascon, said it was a small company, run by a brother and sister who had already suffered through loss of work in the solar power industry.

He said: “This was a human tragedy felt on a human level by all concerned.”