Phoebe Crowson age 6 with her mum Zoe Crowson age 37 and Mick Bell standing by Mick's Christmas display in Stamford, Lincolnshire. Mick Bell age 60 has been decorating the front of his of his house in Stamford for the past 30 years and each year it grows a little bigger. See MASONS story MNLIGHTS. Mick collects money for charity each year and this year he is collecting for the Phoebe Research fund. Phoebe Crowson age 6 from Stamford has the rare genitic skin condition Recessive Dystrophic Epidermolosis Bullosa or EB for short. this condition a lifelong condition in which the skin is fragile and will blister or shear away with minimal friction and trauma, it also affects other mucosae such as eyes, mouth oesophagus, causing painfull blistering and scarring as healing occurs. There is no cure and treatment is symptomatic.

A kind-hearted home owner is raising cash for a young girl with a rare skin disorder by covering his house in Christmas lights.

Mick Bell, 60, has been decorating his house with around 5,000 Christmas lights for the last 30 years and recently decided to start raising cash for charities.

Adorable Phoebe Crowson, 6, suffers from recessive dystrophic epidermolysis bullosa (EB) which causes the top three layers of her skin to shear off at the slightest bump or graze.

Her mum, Zoe, has been trying to raise cash for Phoebe’s Research Fund which she founded in February this year.

She aims to help fund a possible cure for her daughter’s condition which affects just one in 17,000 children born in the UK. 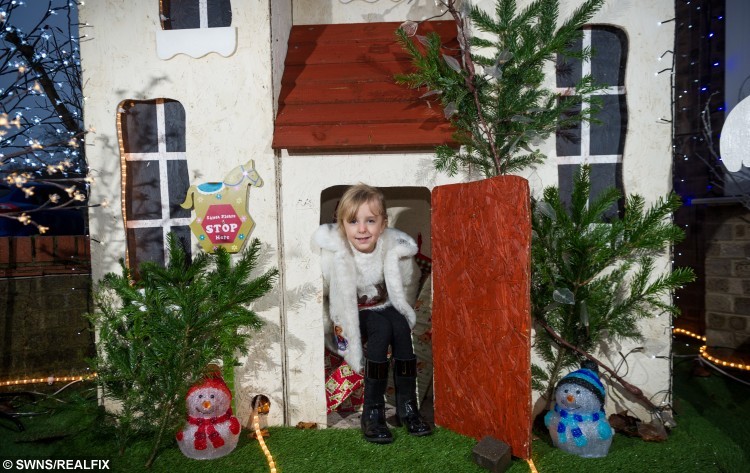 Little Phoebe’s skin is as fragile as a butterfly’s wings – deeming sufferers with the name “Butterfly children” – as even a HUG from her mum can leave her in agony.

Her skin can be left covered with painful blisters and her flesh tears whenever she is touched or even changes her clothes.

Mick, who lives in Stamford, Lincs., started raising cash for charities last year when he collected £805 from people who viewed the lights which was donated to Anna’s Hope.

The children’s charity gives hope to young people who have been diagnosed with a brain tumour and was inspired by Anna Olivia Hughes.

The three-year-old sadly died from a brain tumour back in 2006.

This year the funds will be given to Phoebe’s Research Fund and the lights were switched on on November 30 after it took six days to complete the display.

Mick, who is a builder, has even built a castle which takes centre stage on his front garden. 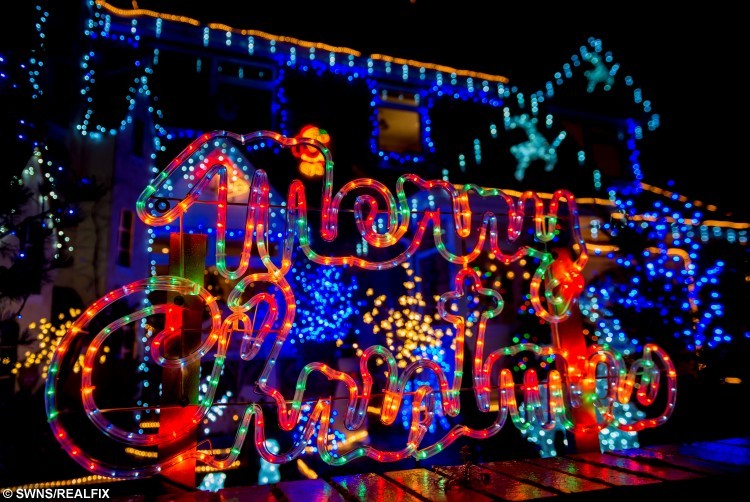 The father-of-two also has two granddaughters, Francesca, seven, and Luciana, three, who admire the bright Christmas lights and Francesca has switched them on the last few years.

Mick said: “People were offering money to me as they used to come and knock on my door.

“So I thought I’d give it a try and raise money for charities instead by putting a box outside.

“Phoebe’s mum contacted me last year when we raised the money for Anna’s Hope as she sent me a message through our Facebook page asking for help.

“Phoebe loves the lights and I’m happy to help how I can.”

Phoebe’s mum Zoe, 38, said her daughter was amazed by the lights.

The charity founder said: “She thought it was awesome and as we drove around the corner she said ‘wow’ and thought they were great.

“I just contacted Mick through Facebook as I knew in the future I wanted to start a charity and he remembered.”

The pair have travelled from their home in Peterborough and visited Mick’s house a few times. 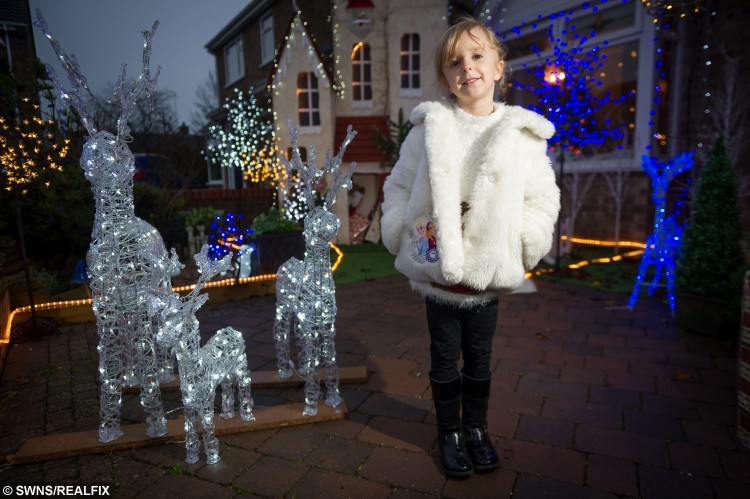 Zoe added: “Phoebe is so excited for Christmas – she’s at that age now where she knows everything and is super excited.

“With what she has got she has bad times of the year and she has had to have her throat stretched four times as she gets blisters and it closes up.

“It would be a lot better if she didn’t have what she does as she has a different life to other children.

“It limits her and if she stubs her toe that’s it – her whole day is a write-off.

“She wants to run around like other children but she can’t so it’s difficult.

“Even with school she has started to feel a bit excluded which is sad as she can’t really join in with sports.

“But at least she has got a life – it’s just a different life.”

Rudolph the lamb has made two sisters very happy this Christmas!