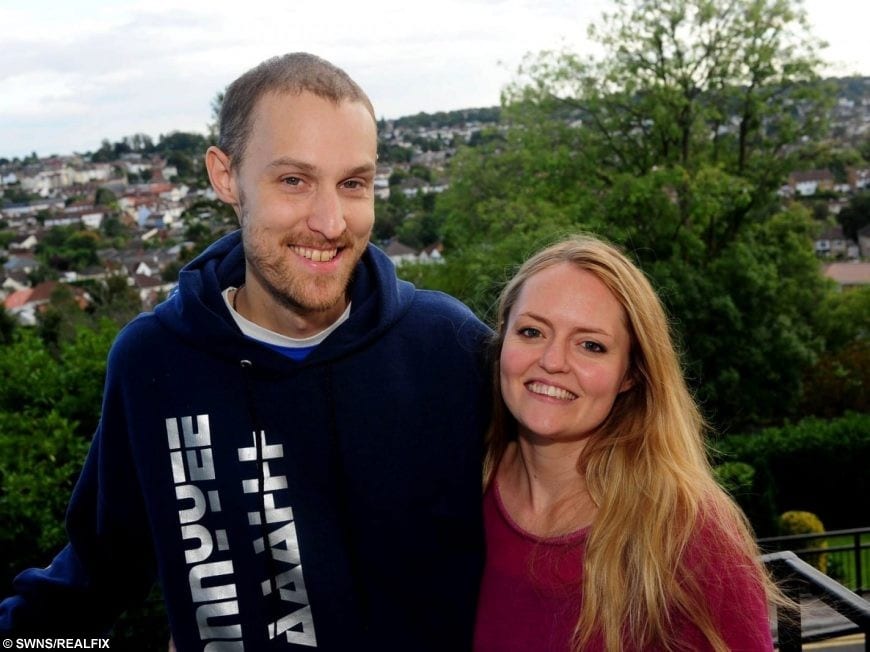 A man whose life was saved after his wife launched one of Britain’s biggest ever crowd funds has announced they are having a baby.

Mike and Kate Brandon are expecting their first child through IVF treatment after he spent years fighting cancer.

Kate, 36, set up a GoFundMe page in April 2016 after learning that Mike, 34, had acute lymphoblastic leukemia (ALL) – leaving him with just weeks to live.

The aggressive condition had spread to 35 per cent of his cells, leaving the pair with no options left in the UK.

However, they discovered that experimental treatment was available in the USA – at an astronomical price.

Mike was then able to receive the T-Cell therapy in Pennsylvania and, three years later, is still in remission.

Mike and Kate, from Westbury-on-Trym, Bristol, are now expecting their first child.

Writing on the GoFundMe page, Kate said: “We continue to be grateful every single day to everyone who fought to keep Mike alive.

“We still go through scary times and it feels like life still involves walking on a tightrope, but with more time that passes, the more clear tests he receives, our confidence builds and that tightrope becomes less scary.

“Living in this way has its challenges but it’s a constant reminder to us to be grateful for the small things; cuddles on the sofa, giggles with friends and family, singing to the dog…I feel like I have fallen in love with him a little bit deeper with each hurdle we jump.

“We are so, so lucky!…life continues to get more exciting and fulfilling. And…after four rounds of IVF we are almost six months pregnant!”

Kate also revealed that the pioneering treatment that Mike received is now available in the UK.

The couple’s GoFundMe page is still active, with donations being given to the Bristol Royal Infirmary Haematology Oncology Unit.