Meet the man who says the secret ingredient to leading a healthy life is drinking his own URINE – by the PINT.

Fabian Farquharson, 37, has been gulping down his own fresh and month-old urine for three years, after reading about the purported health benefits online.

He starts every day with a pint of fresh urine, chased down with 300-400ml of aged pee. 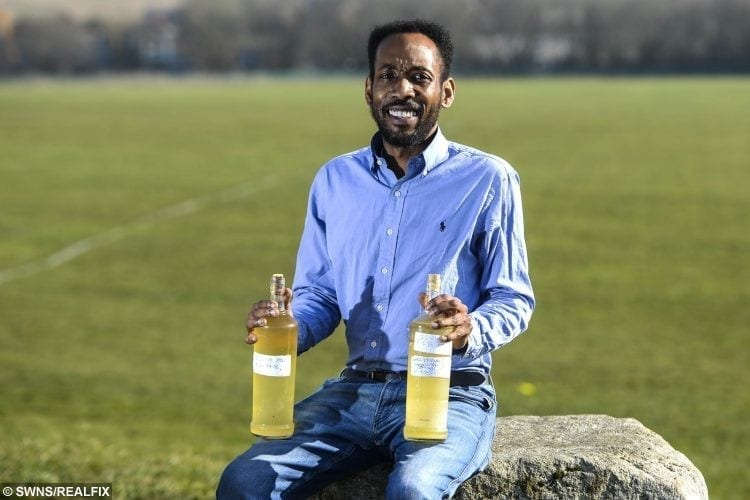 The interior designer claims the unusual thirst quencher has left him feeling healthier, happier and smarter.

“I’ve always been open-minded about that sort of thing, so I decided to give it a go and drink it fresh.

“It tasted a bit like a bitter ale initially, it was quite strong but not a terrible taste and I had no problem finishing the glass.

“It was about half an hour later that I started to feel amazing, I was absolutely bursting with energy.

“Now I’d never go a day without it and would recommend it to anyone.”

Fabian first started researching alternative medicines and holistic therapies in 2013, when he kept experiencing pains in his stomach which doctors couldn’t get to the bottom of.

He said: “I was travelling a lot for work and eating junk food – Burger King, McDonald’s, anything convenient.

“I was getting a lot of pain in my stomach and scans couldn’t find an ulcer or anything that could explain it, so I started looking online more and more.

“I’ve always been quite into holistic health but that was when I started to adopt it into my life more – starting with my diet.”

Fabian explained: “I started to eliminate ‘normal’ foods and ate only fruit. I’ll use mangoes, pineapple, strawberries – any fruit really, and add in chia seeds, flax seeds and hemp powder to make a smoothie.

“I quickly started to feel amazing. I had more energy than I had in years, and could feel my well being improving.”

From there, his foray into a more alternative approach to health escalated and in 2015 Fabian decided to take the plunge and drink his urine.

Fabian said that his friends and family “weren’t that surprised” – because he has always been a bit off the wall in his approach to health.

Describing the taste, Fabian said: “It was comparable to the taste of bitter ale initially and it felt a bit like the first time I tried beer.

“As time went on the taste became a lot weaker, and now it’s practically water – which is probably down to my diet.”

He claims to have felt the effects just half an hour after his first sip.

He said: “I had a spring in my step and felt so energised – I went home that day and cleaned my whole house.

“As I continued, I noticed an increase in my mental capacity. I felt smarter somehow, able to concentrate more and my overall well-being was better in general.”

He feels that he has to exercise as a release and says his energy is like that of a child.

After enjoying the ‘benefits’ of fresh urine, he quickly began to leave some for up to a month – or until it reaches the desired PH level of nine.

The idea, Fabian says, is that by ageing it the urine goes through a “magnification process” and any alleged benefits will be more potent.

He also spends his time juggling his three business ventures – interior decorating, a kitchen business and a YouTube talk show he hosts with like-minded pal Lee Moulson.
The duo champion a person’s need to ‘alkalise to realise’ – named due to the ‘high alkilinity levels’ of aged urine.

Fabian said: “I met Lee online after he watched me talking on a friend’s video about urine therapy.

“He got in touch and we found that we share the same beliefs, and eventually we decided to make videos together.” 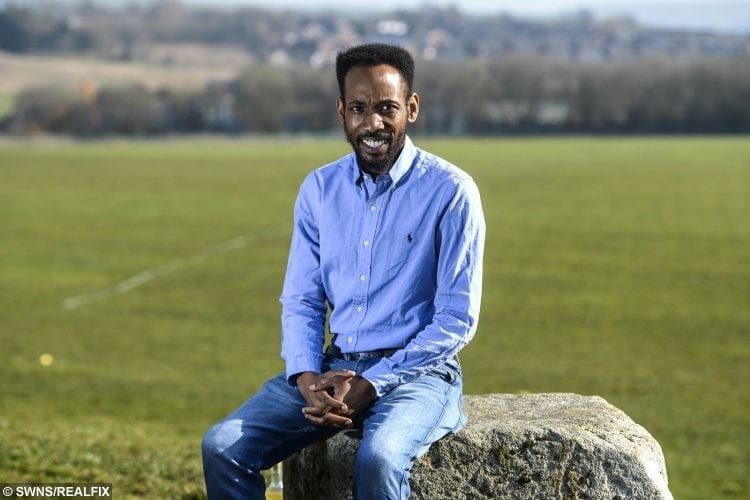 They also offer ‘holistic health coach’ services and Fabian estimates he has four/five clients a day who he advises nutritionally and spiritually in a bid to become as healthy as possible.

Explaining the process of ageing his urine, Fabian said: “I store it in glass containers like mason jars, label it with the date and then leave it for around 30 days.

“In that time the urine increases in alkalinity and all of the amazing benefits are magnified.”