Collect picture of Levi Phipps shortly after he was born, with a Ã10 note. It will be a day that his mum never dreamt she would see when three-year-old Levi Phipps - who was born no bigger than a Ã10 note - starts school. See NTI story NTITENNER: Little Levi is ready for his first day of pre-school on Thursday. Levi only took his first steps at Christmas and is still only half the size of children the same age but mum Katrina Byers says "he can't wait to play with the other children."

A premature baby boy who was born the size of a £10 note has defied the odds to make a remarkable recovery – and will start school this week.

The youngster spent his first two months at Birmingham Women’s Hospital, required emergency surgery to fix three holes in his heart and had a feeding tube fitted.

He has also battled through seizures and infections, operations to treat a twisted bowel and and has low blood pressure.

Doctors believe brave Levi has Silver Russell syndrome – a form of dwarfism – and feared he could be left permanently disabled.

But, despite being half the size of other three-year-olds and weighing just 1.4 stone (20Ibs) – Levi took his first unaided steps at Christmas.

And the miracle child – who is still only the size of a 12-month-old baby – has amazed his family and medics by preparing to begin life at school.

He will start at Samworth Enterprise Academy in Aylestone, Leicester, September 3.

His delighted mum Katrina Byers, 33, says: “I am extremely proud that Levi is actually going to be able to start school at all.

“He is excited, he said he is looking forward to playing with his friends – he can’t wait to play with the other children.

“I never thought I would see the day when he was well enough to go to school.

“I am pretty scared for him, the children and school don’t know him.

“The other children want to pick him up because he is small and might that knock out his feeding tube.

“Although he has been walking since Christmas he is still quite unsteady on his feet and he might be a little behind with his writing and knowing his letters.

“It brought tears to my eyes when Levi started walking for the first time, so goodness knows what I’ll be like when he actually starts school.”

“But once I know he is being taken care of I’m sure I will be fine.”

The full-time carer, from Wigston, Leics., added: “I had no idea why I kept losing one baby after another.

“So when I finally fell pregnant with Levi, I was terrified that I was going to lose him too. I just had to pray that this baby would be different, and hang on.

“But when I was 16 weeks pregnant I was advised to terminate the pregnancy.

“They had no idea why he was so small. There was still a risk of me miscarrying or that he might be born with a genetic disorder.

“But there was no way I was going to terminate his life. He’d hung on this long, I wanted to meet my son. I couldn’t bear to lose another baby.

“And there was a heartbeat and I just couldn’t terminate.”

“To look at Levi now you wouldn’t realise how poorly he is.

“We may not get any definite answers about what is cause the health problems but we have to continue to try.

“It was such an amazing moment when he managed to take some steps for the very first time.

“I’m so proud of Levi – nothing fazes him. He may be tiny but he’s so strong and he’s always got a smile for everyone.”

“He has been in and out of hospital since he was born, but he never lets it get him down.

“And every time I spend a ten pound note, I’m reminded how small he was when he was born and how far he has come.” 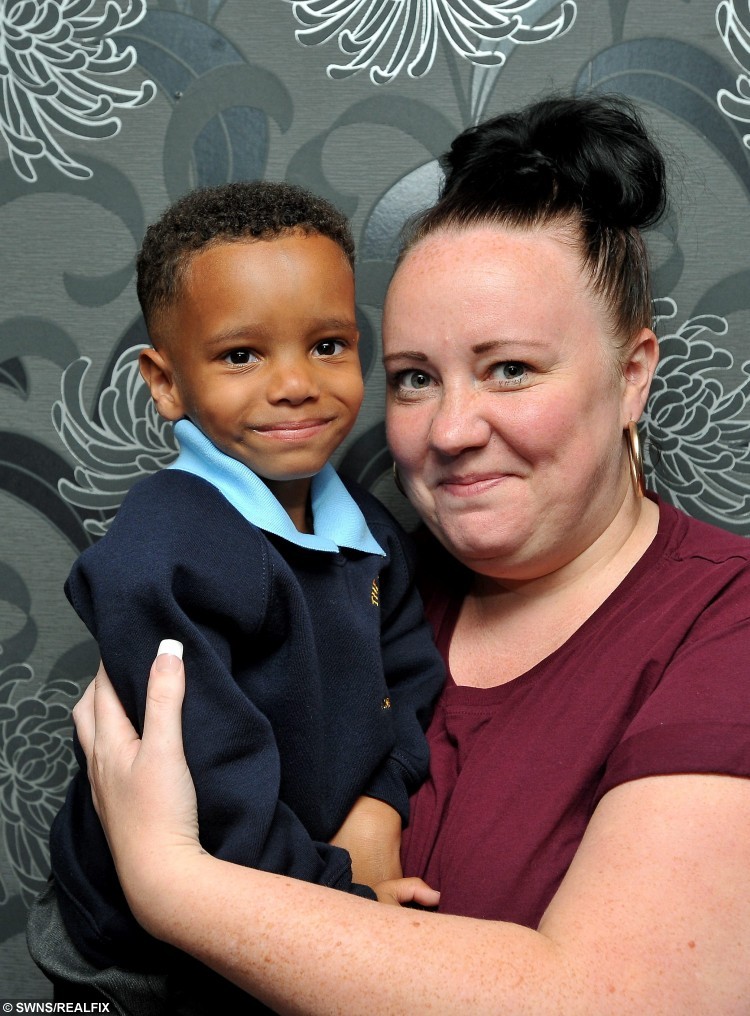 You’ll never guess the flavour of these boozy bangers!

You'll never guess the flavour of these boozy bangers!