Mountain Dew Addict Kicks The Habit – And Becomes A Bodybuilder

A dad-of-three whose $10k Mountain Dew addiction saw him consume almost a MILLION grams of sugar has finally kicked the habit – and become a bodybuilder.

Justin Peck, 36, got hooked on fizzy drinks after leaving the military in April 2008 and glugged down a 20oz bottle every morning and six cans per day until January 2016.

Justin also gorged on fast food, played up to six hours of video games a night and did little exercise, which left him wearing XXL shirts and tipping the scales at 287lbs.

On New Year’s Day 2016 he decided to overhaul his lifestyle after hitting rock bottom and went cold turkey, ditching fatty food and cutting out Mountain Dew for good.

The computer programmer also started going to the gym twice a day and his new healthy habits helped him shed 30lbs of fat.

Justin, who was in the Air Force for eight years as a computer programmer, then decided to focus on bulking up and took up bodybuilding in early 2017.

The inspirational dad, from Huntsville, Alabama, USA, followed a strict diet plan and lifted weights to prepare for his first show. 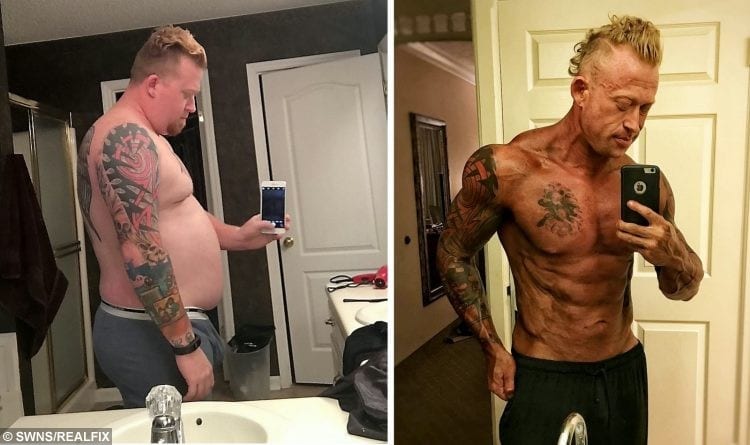 He’s since placed first in his class twice and finished in the top five in a third show, and is training for the Alabama State Championships.

Justin says he is proud of his body and how far he’s come but best of all, he has endless energy to play with his kids Autumn, 13, Brayden, 11 and Camden, nine.

The gym bunny, who currently weighs 215lbs, said: “I didn’t realize how badly I had gotten out of shape.

“I got comfortable in my second marriage and started gaining weight.

“I would make a family-sized lasagne and my kids were young so they would have a little piece and then I would eat all the leftovers.

“For breakfast I would have McDonald’s – four of five breakfast burritos and a biscuit to go with it.

“Out of boredom I would snack on candy bars and chips and I was addicted to soda. I would probably get through a six-pack of Mountain Dew per day.

“Every morning it would be one or two 20oz bottles on the way to work.

“I was drinking it until I went to bed. If I didn’t drink it after a certain period of time my teeth would ache and I would get a bad headache. I would be buying 12 packs every other day.

“It was the drink of choice of my dad as a kid and we always drank it growing up. Not to that level but I would always drink it.

“It was an addiction and I couldn’t shake it.

“And every time I would look in the mirror I would have a cliche moment where I would berate myself.

“I would say, ‘You are fat. You are never going to find love again. You are disgusting.’ I beat myself up and then would go and eat a box of cereal.” 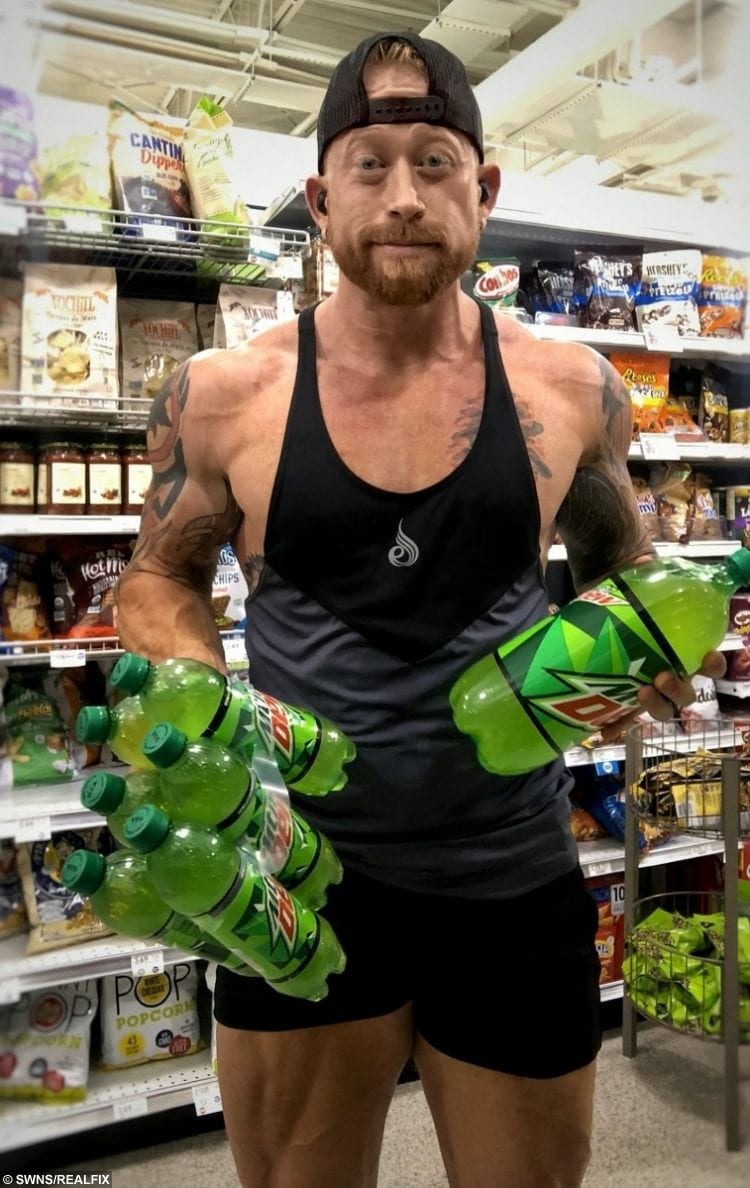 Justin says his turning point came when he began experiencing suicidal thoughts – and then hated himself for having those thoughts because he needed to be there for his kids.

He said: “I said, ‘I’m tired of saying all this to myself in the mirror. I want my kids to be proud of me.’”

From New Year’s Day 2016, he went “100 miles per hour” and completely changed his lifestyle.

He cut out Mountain Dew, began eating what he thought was healthy food and set a short-term goal of going to the gym for 30 days straight.

The exercise combined with his new healthier diet helped him shed 17lbs in the first two weeks, and in three months he lost 30lbs.

He started weight training in March 2016 and the following year began training for bodybuilding shows after a pal remarked it was the “hardest thing ever”. 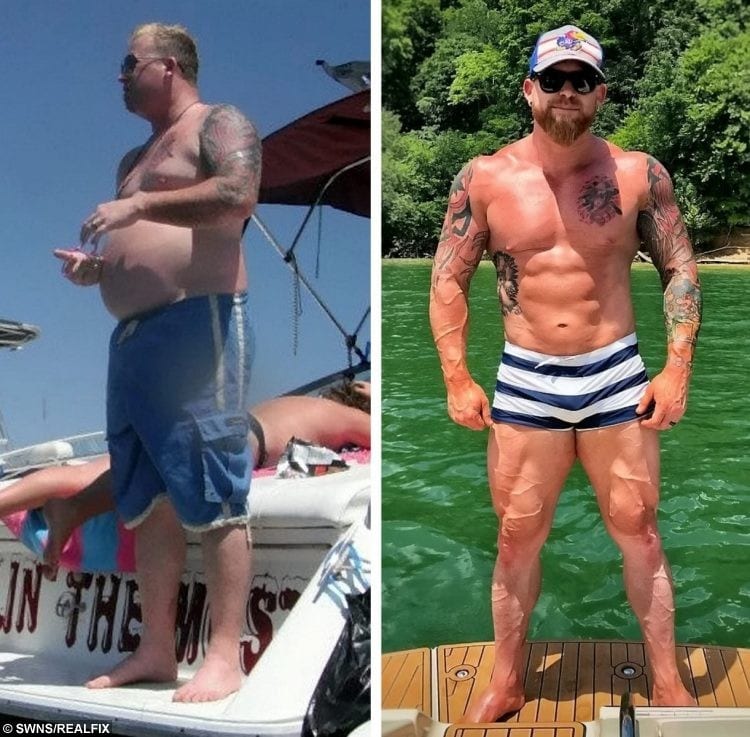 Justin has since begun eating a special diet with six or seven meals per day and a intensive training program that involves him hitting the gym three times a day.

He’s also found love with doctor’s office worker Sam Steuven, 29, who he previously would have considered out of his league.

The dad said: “It’s a whole body transformation, inside and out.

“I have a totally different outlook on life and right now I’m happier than I’ve ever been.”