William Mead who died after contracting an infection. See SWNS story; A mother whose baby son died after NHS helpline blunders has said she Ãcould have got more information from GoogleÃ. Melissa Mead, 28, lost her one-year-old son William to blood poisoning after a 111 operator with no medical training instructed her to give him Calpol. The adviser made one incorrect decision after another trying to follow the ÃpathwayÃ laid down by the 111 serviceÃs computer. William could have survived if he had been admitted immediately to hospital with a lung abscess caused by a bacterial infection.

The mother of a one-year-old boy who died from sepsis after a catalogue of errors made by the NHS 111 helpline has called for the service to be improved.

Melissa Mead, 28, phoned the out-of-hours helpline when her son William’s health deteriorated but the operator she spoke to had no medical training.

Several incorrect answers were put on the computer pathway system, meaning no clinician was notified of baby William’s deteriorating health and no ambulance ordered.

Hours after she was advised to give him Calpol and put him to bed, she found him dead in his cot.

He had developed sepsis, from a complication of pneumonia and a lung abscess. Every year 10,000 children develop sepsis, of which 1,000 die.

Melissa, from Penryn, Cornwall, is now campaigning for improved awareness of the condition and changes to the out-of-hours health service.

She recently visited the Houses of Parliament with a teddy bear representing William and has blogged about her experiences. 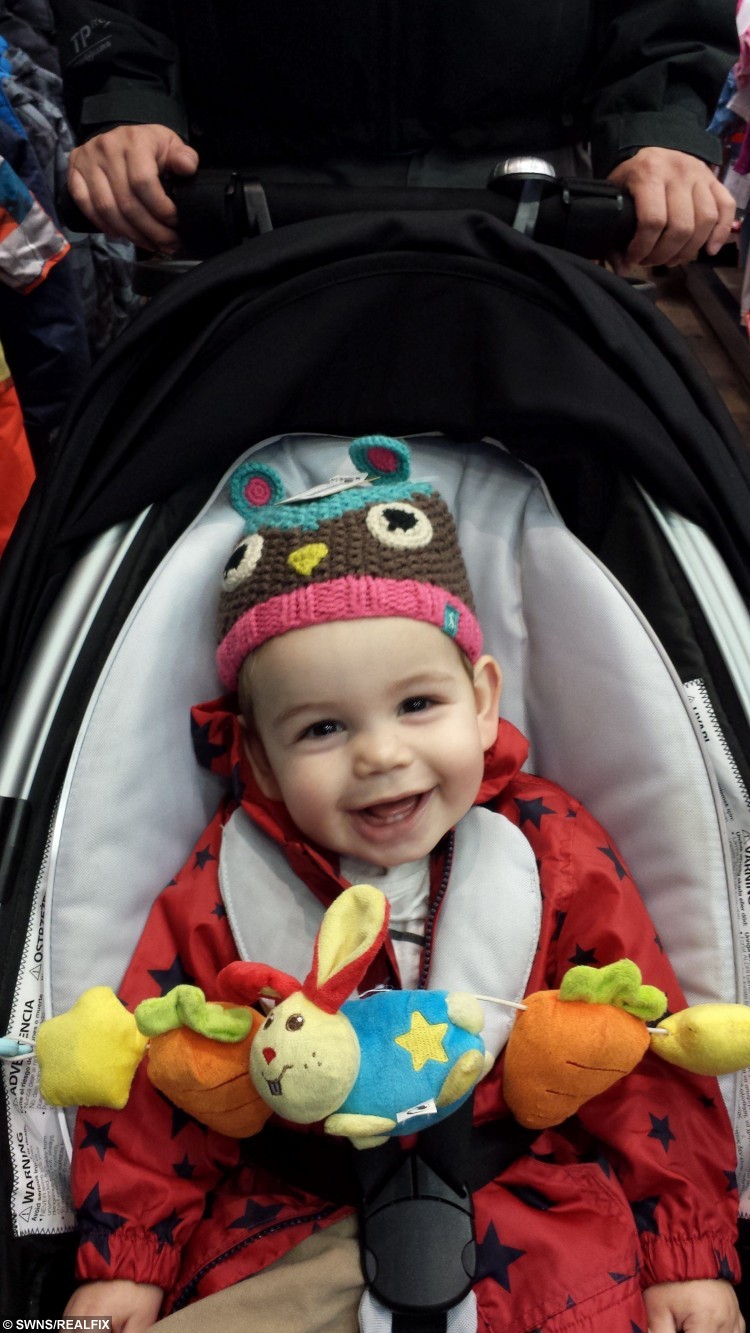 William’s case was designated as a ‘non-emergency’ in the computer algorithm used by 111 operators, as the call handler put that he was in “no pain” rather than severe pain.

In the 24 hours before the call, William’s temperature had dropped from 40C to 35C but this change was not picked up on by the operator.

Melissa told the inquest in June: “The very first thing on the phone call, I explained that William was in “severe pain”.

“The call handler put he was not in pain. That is error – human error.”

“They asked whether he had a temperature for over three days. But sepsis can kill you in 12 hours. Three days is useless.”

“The outcome should have been that William had a clinician come over on to the phone call and he would have heard he was in respiratory distress.”

Instead, a doctor was instructed to ring the Mead’s, who live in Penryn, Cornwall, later that evening.

He offered them an appointment at Falmouth Health Centre, which the Mead’s declined as they didn’t want to wake William and take him out in the cold.

Melissa said the handler had not shown attention to detail during the call, and this created problems with the restrictive questions laid down by the pathway.

“It is black and white, yes and no. A clinician would have recognised the significant drop in temperature,” she said.

“In an ideal world, you would always speak to trained clinicians, but we can’t. Therefore the system that we get has to be watertight.

“Call handlers need to pay attention to detail. For them it’s a job, but that phone call was a pivotal point in our child’s care. I probably could have got more information from Google.”

Melissa, a personal trainer, and her partner Paul, a 31-year-old BT engineer, had struggled to conceive. They tried for 11 years before they had William.

Professor Peter Fleming from Bristol Children’s Hospital said there was a “very good chance” William would have survived if he had been admitted to hospital immediately.

Other people in the Cornwall area have had similar issues with the helpline, and Melissa has raised concerns about what will need to happen before improvements are made.

“How many children are going to die before they realise they need to be proactive, not reactive.”

The South West Ambulance Services Foundation, which runs the 111 helpline that Melissa used, said it could not comment.