A gravely-ill mother desperately in need of a life-changing kidney transplant has put up signs in her front garden in a last-ditch attempt to find a donor.

Krystal Reardon, 44, is searching for a kindhearted stranger to donate an organ after complications during a heart attack last June left her with renal failure.

Nurse Krystal is currently being kept alive by dialysis, which replaces the function of the kidneys, but the gruelling treatment leaves her constantly exhausted and in pain.

Doctors said the only way to improve her quality of life is to undergo a transplant, but the waiting list is four to six years and none of her family are eligible donors. 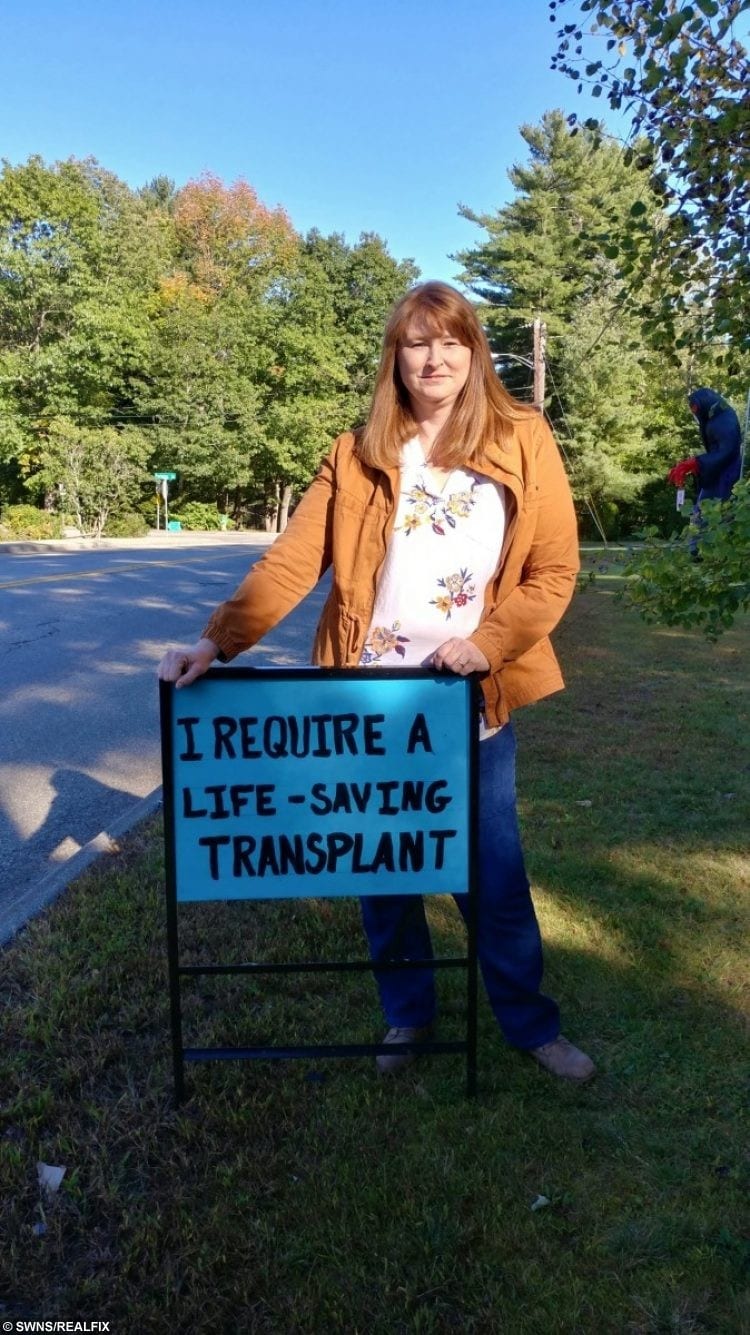 In a desperate attempt to track down a match, Krystal decided to take her appeal public on September 18.

She borrowed signs from a local real estate agent and placed them on her front lawn in the hope of attracting the attention of passing drivers.

The mother-of-two has since been flooded with emails, calls and Facebook messages and at least 30 strangers have offered to get tested to see if they are a match.

Krystal, of Augusta, Maine, USA, said: “I was very nervous about putting the signs up.

“It’s hard to put yourself out there and ask someone for a body part, but I had to do something.

“I’ve been overwhelmed by the response. People have been emailing, calling and messaging me. I’ve had a ton of friend requests on Facebook.

“People have even stopped me in my drive and asked how they can get tested. At least 30 people have agreed to get tested to see if they could donate their kidney.”

Krystal, mother to Dakotah, 24, and Elizabeth, 20, has suffered from chronic renal insufficiency since she was 14. 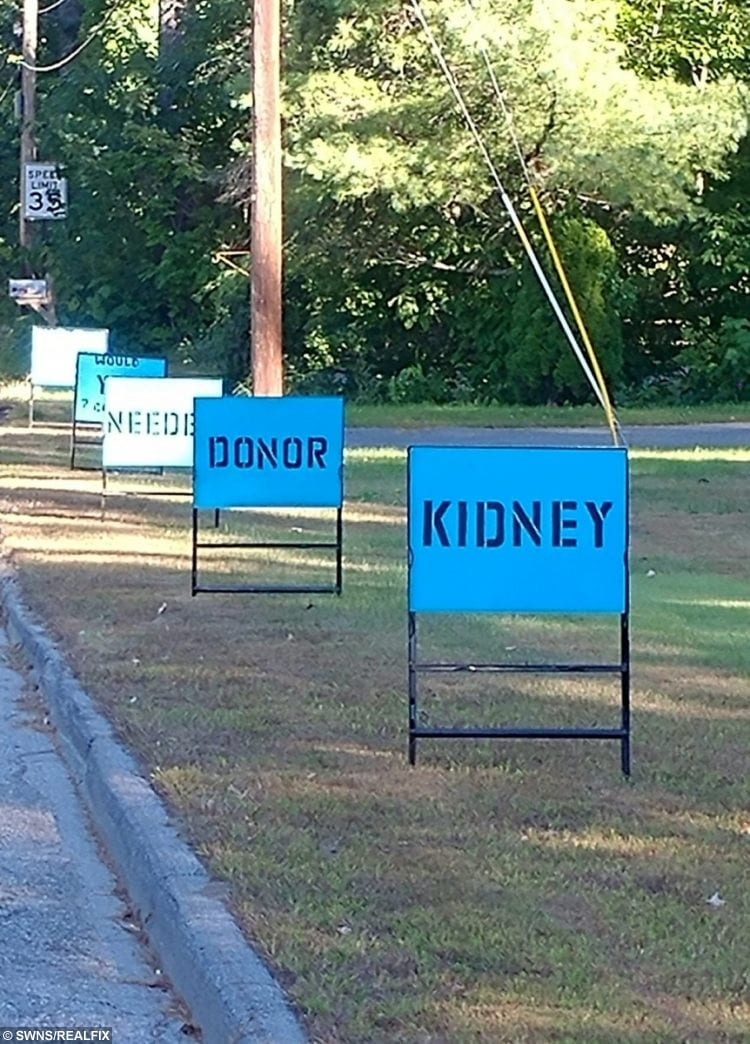 But it wasn’t until her heart attack last June that her kidneys failed.

She said: “Doctors had to use a contrast dye to see the vessels in my heart during the operation.

“They told me there was a possibility that the dye would damage the kidneys, but I didn’t have a choice.

The dye destroyed Krystal’s kidney function and since February she has depended on six gruelling eight-hour sessions of dialysis every week.

She said: “My only day off is Saturday. I have the dialysis at home.

“I work every day as a nurse, I come home, I have three to four hours to myself in the evening and then I have to hook myself up to the dialysis machine.

“I’m awake a lot of the night because it hurts. I don’t sleep well. I feel tired and sometimes I can’t go to work because I’m so exhausted.” 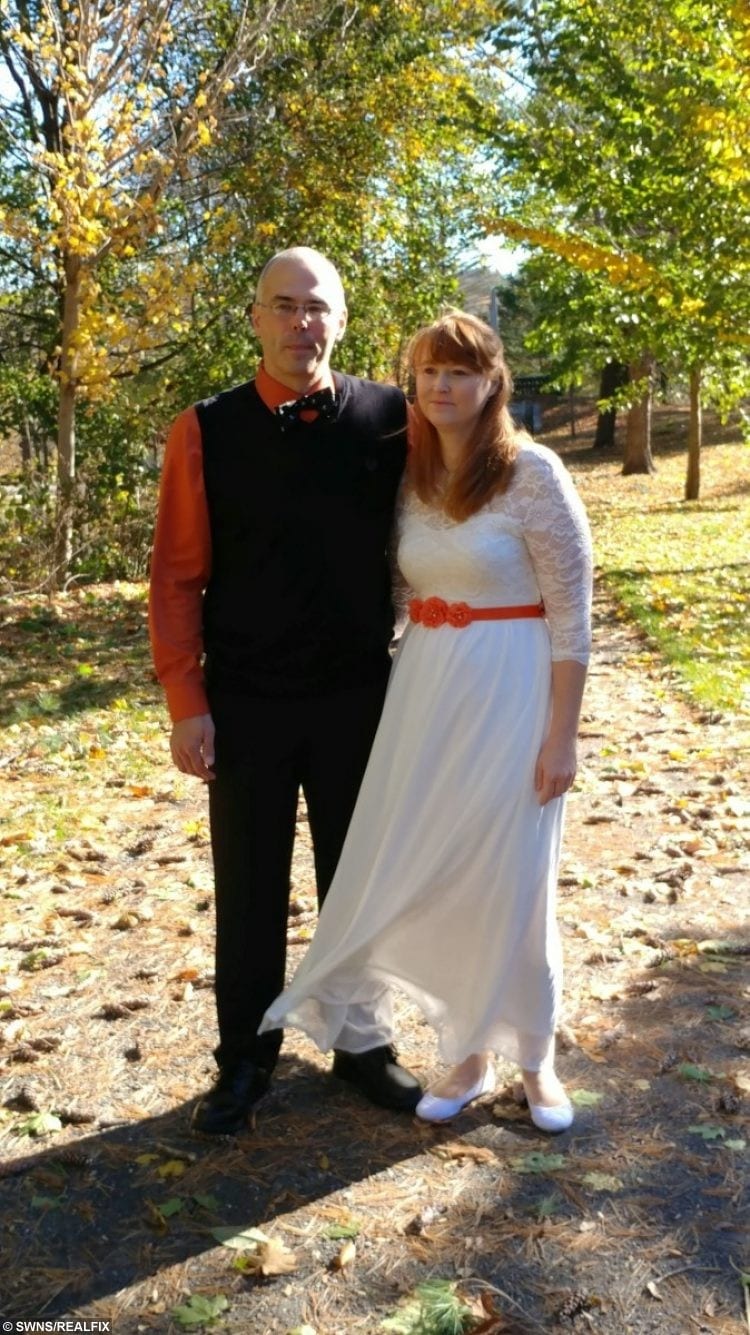 Medics told Krystal that she had two options: depend on dialysis or find a transplant.

She said: “The waiting list for a kidney transplant for a type A blood group is four to six years. I can’t wait that long.

“I put it out there to friends and family and they came forward to get tested.”

But one by one, Krystal’s relatives were told they were not suitable and, in a devastating blow, her husband Lee, 45, a behavioural health specialist, was declined.

She said: “My husband was my ace in the hole. He is my blood type and he’s so healthy. I didn’t think there could be any problem.

“But when they tested him, he had some protein in his urine which meant it would be too dangerous for him to give up his kidney.

“We were both heartbroken. All I could think was: ‘I don’t want to wait four to six years, I’ve got to put myself out there.’”

Krystal hit upon the idea of advertising for a kidney. She called a local realtor, Sprague & Curtis, and asked if she could borrow some signs.

She recalled: “I told them what I wanted them for and ten minutes later they called back and gave me six signs. My husband and I painted them.”

The signs read “I require a life-saving transplant” and they show a phone number and email address that Krystal set up especially. 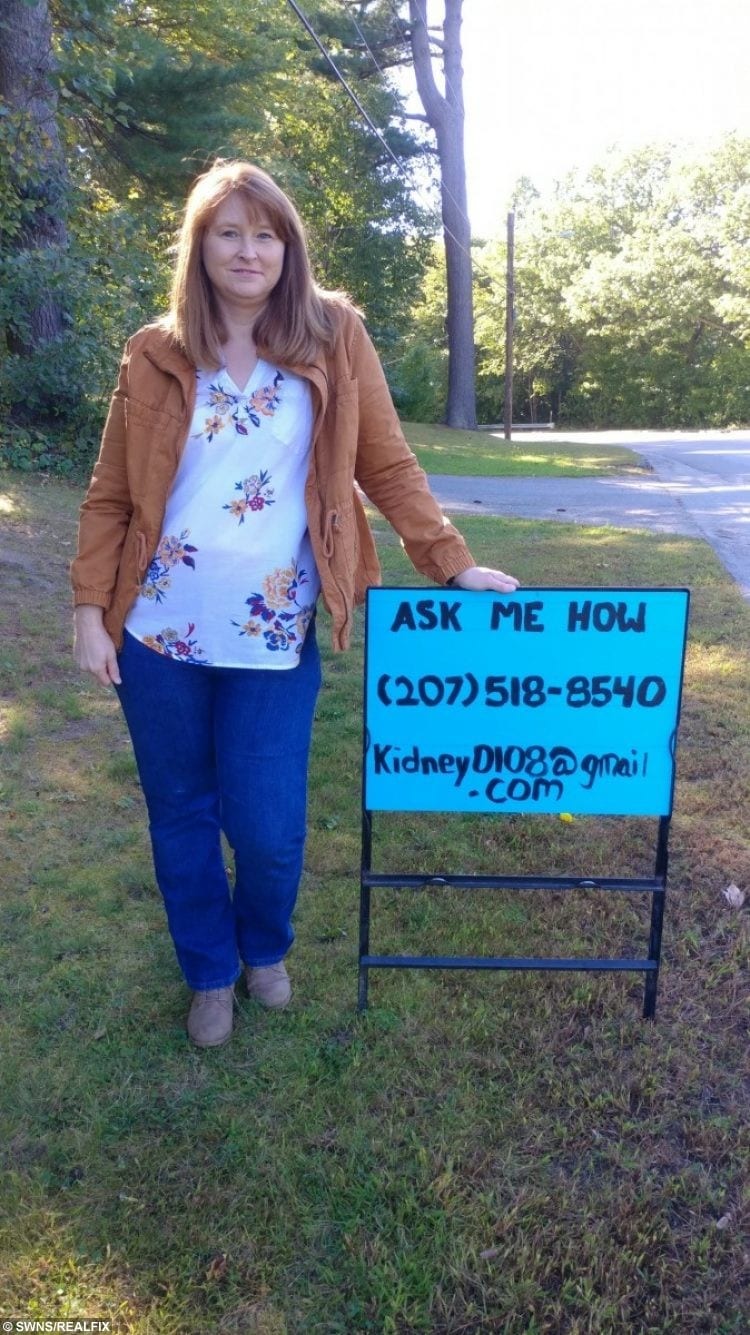 The couple placed the signs on their front lawn on South Belfast Avenue, angled to attract the attention of drivers passing by.

Krystal said: “I felt awkward about putting myself out there but this was so important. I also wanted to spread awareness that there is a huge need for living donors.

“The response has been extraordinary. I really have a feeling that I might find my kidney – there’s got to be a match out there.”

There are approximately 100,791 patients awaiting life saving kidney transplants in the US, according to the National Kidney Foundation.

The average wait time for a kidney transplant is three and half years and around 13 patients die each day waiting for a donor.